We are frequently asked to donate money to disaster relief appeals and other charitable causes. We might part with our cash in response to some requests, but choose to ignore others. Have you ever wondered what triggers these differential responses? Why does someone who wells up with empathy for one victim turn the other way when witnessing the plight of others? 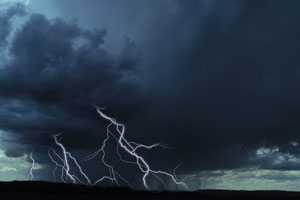 According to our research featured in the European Journal of Social Psychology (Zagefka, Noor, Randsley de Moura, Hopthrow, & Brown, 2011), one important factor is the perceived cause of the disaster. Our participants donated more money after disasters that were caused by natural factors (such as drought) than they did after events that were humanly caused (for example, civil war). The preference emerged when participants were asked to respond to a scale measuring their inclination to donate money to different situations. Participants were also given the opportunity to donate actual money, and again they favored naturally caused events. The pattern was borne out when participants were asked about real-life disaster events, but also when the perceived cause of fictitious disasters was varied experimentally in a controlled way. 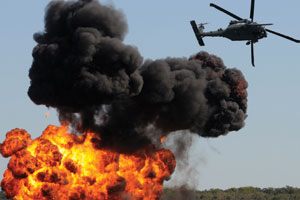 The results are in line with reported responses to disaster events: For example, the Disasters Emergency Committee received a total of £200 million (about $321 million) for the Tsunami Appeal in 2005, in contrast to the £11.5 million (about $18.5 million) donated to the Darfur Crisis since May 24, 2007. According to Oxfam, the 2004 tsunami killed 169,000 people and left 600,000 homeless. In Darfur, the conflict has rendered 4.5 million people reliant on humanitarian aid.

An important goal of our research was to understand what drives this differential view of victims of humanly caused events. Results revealed that participants were more likely to blame victims of humanly caused events for their plight. This was the case even when participants had no factual information at their disposal to support their judgements.

The tendency to blame victims is highlighted by the just-world belief hypothesis (Lerner, 1980): This approach argues that people want to believe that they live in a just world, and the suffering of innocents sits uneasy with this belief. Therefore, people blame victims when given half a chance to do so. It appears that humanly caused events provide more opportunities for victim blame: It is unlikely that the victims of natural events could have caused an earthquake or a drought. However, it is at least possible — although far from necessarily true — that victims of a civil war have contributed to the development of the conflict or that they caused political instability by electing an incompetent government.

Once victims are blamed for their situation, they also seem to be perceived in more negative terms along other dimensions, for example, whether they make an effort to help themselves. In other words, blaming the victims is also accompanied by a perception that they are passive and do not attempt to remedy their situation. Our results clearly demonstrate that proactive victims are rewarded — donors favor those who try to improve their situation. Hence, there seem to be several psychological mechanisms and processes that combine to make people less inclined to help victims of humanly caused events.

Of course, decisions to donate are driven by a whole host of factors, the cause of the need for help being just one of those. Among others, a perception that a donation will make a “real difference,” empathy for the victims and the scale of the disaster have also been found to influence greatly the desire to donate money to help victims of disasters.

In some recent work (Zagefka, in press), we have highlighted the importance of knowing more about the area where a humanitarian disaster happened. This work shows that knowing more about the victims and their environment facilitates identification with the victims. Three studies corroborated that indeed increased knowledge facilitates monetary donations because it increases identification with the victims.

This process could be at the heart of what was going on when Chinese expats mobilized funds to help the victims of the Sichuan earthquake in 2008 or when Japanese expats collected money on behalf of their countrymen and -women struck by the Japanese earthquake in 2011. At the same time, our results clarify that one does not have to be an ingroup member of the victims in order to be concerned about their plight: Although shared group membership might often go along with more in-depth knowledge and identification, it is possible to enhance the knowledge of outgroup members too, thereby increasing the probability that they might be moved to donate.

In our program of work, we are currently building on these findings to try to shed more light on the processes that influence donations, to provide insights that we hope can help practitioners design more effective donation appeals.

I now have more than twenty friends who have donated a kidney to a stranger, and this chain reaction has attracted a lot of media interest. Articles and documentaries have been produced by both the print media and the electronic media in Australia, England, and America, on what we have done, and, apart from a few positive reports in local newspapers, they have all been surprisingly negative.

Hanna Zagefka is a Reader in Social Psychology at Royal Holloway University of London. Her background is in intergroup relations research. Her work focuses on donations to ingroup and outgroup members, and acculturation processes in ethnic minorities and majorities. She can be reached at Hanna.Zagefka@rhul.ac.uk.