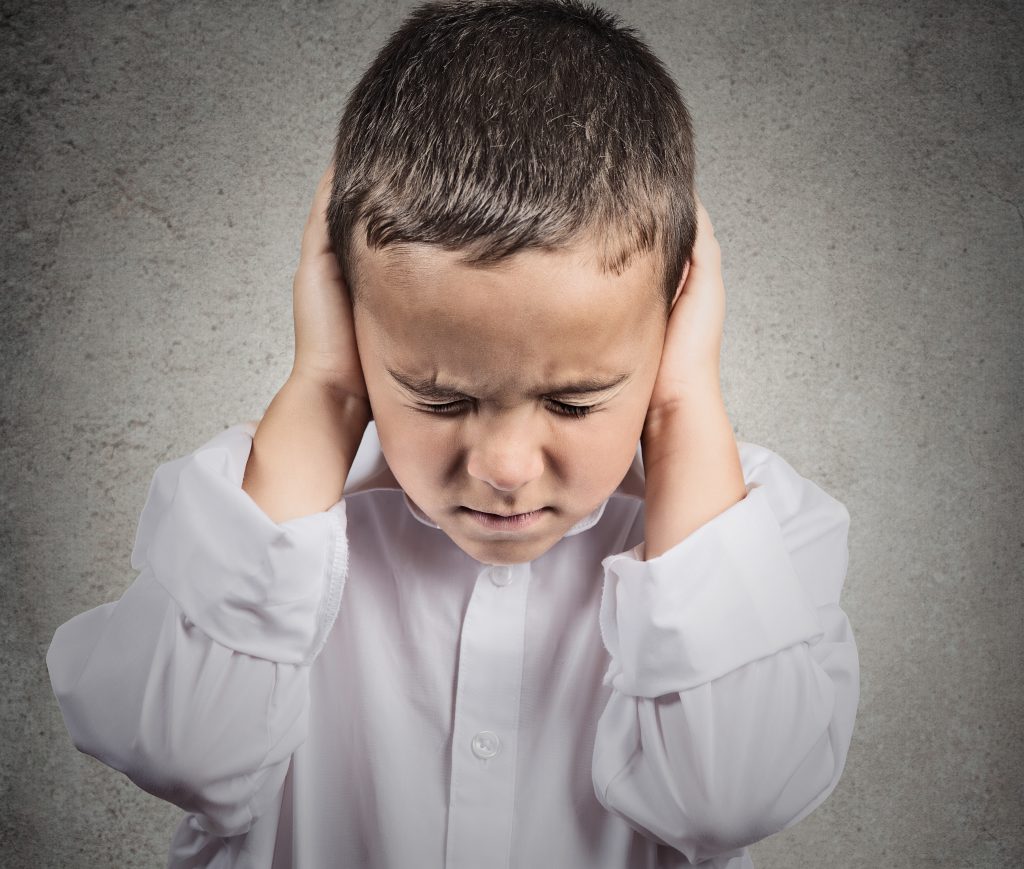 The world is a bustling place for babies and young children, filled with many different things to see and hear. Children must master the ability to decide where to focus attention as they take in the world around them and tune out surrounding sights and sounds — a particular challenge for young people whose attention spans and mental abilities are still developing.

Focusing on learning may be especially difficult for children today given that they spend their early stages of development in environments that may hamper learning more than nurture it. Daycare facilities, schools, and even living rooms are filled with distracting noises and sights that can draw children’s attention away from the parents and teachers who represent their main source of knowledge. And learning materials are often designed with little regard for what science has shown about early cognitive abilities.

Research sheds lights on the various distractions children face during a period when they have some of their most important learning to do.

A good deal of children’s early learning comes from listening to their caregivers and teachers. At a minimum, children must be able to hear and understand these adults over other sounds in the environment. Although the auditory system matures quite early in many ways, infants and children still struggle to understand and learn from speech when background noise competes for their attention, especially when that background noise is caused by others talking. The energy from background speech can actually block out or make a target signal inaudible because both signals come from similar frequency ranges. Speech may be particularly attention-grabbing because of its inherent meaning, which is difficult to ignore. Because adults are more adept at listening when other people are talking nearby or when the television blares in the background, they may not realize these conditions are too challenging for children.

Difficulties with noise are not limited to situations that require listening. Research suggests that background noise can have negative effects on infants’ and toddlers’ ability to learn visual information. This suggests that at least a portion of children’s difficulties with background noise stems from cognitive factors beyond auditory distractions. It also indicates that minimizing background noise, such as turning off the television, could be important even in situations when caregivers are not asking their children to listen to them.

Unfortunately, there is ample evidence that daycare facilities and schools are noisier than recommended by the American Speech-Language Hearing Association. Given that noise measurements generally are taken when the classrooms are empty, they’re likely only capturing artificial sounds such as the steady hum of HVAC equipment and not the chatter, cries, and laughter of the children who are in the room during the day.

An acoustic phenomenon called reverberation can create additional difficulties, especially when combined with loud background noises. Reverberations are prolonged soundwaves that bounce around the hard surfaces in a room, essentially smearing sound. Incorporating soft surfaces such as curtains, pillows, and tapestries into classroom design can help to reduce reverberation. However, attempts to optimize listening conditions in a room may have the unintended consequence of creating visual distractions.

Growing evidence suggests that aspects of the visual environment can also distract infants and young children when they need to learn. Toddlers struggle to learn new words for unfamiliar objects labeled by a caregiver when other visible objects vie for their attention, particularly in situations where the labeled object appears less central in their field of view.

In one research paradigm, cameras are mounted to infants’ heads so that researchers can see their fields of view when their mothers or fathers name an unfamiliar object. Later, the researchers compare the visual characteristics of the environments in which the babies appeared to learn the word to those where they did not. For example, a group of researchers at Indiana University Bloomington’s Cognitive Development Lab used this paradigm to discover that toddlers were more likely to learn new labels when there were no objects visible other than the object that was being named.

In another study designed to assess what children learned from picture books, researchers used a joint adult-toddler reading task and discovered that alphabet letter learning was worse when the books contained visible manipulative features (e.g., flaps, levers, textures) compared with relatively plain books. Although more complex pop-up or touch-and-feel books may seem more engaging, these findings suggest that parents and teachers may want to select simple picture books for infants and toddlers to facilitate learning.

Visual clutter and overloading seem to have similar effects on learning in preschoolers and older children. University of Sussex investigators reported, for example, that preschoolers had difficulty learning words in a storybook context when two illustrations were presented simultaneously in a reading activity as opposed to when only one illustration appeared. Similarly, a team of psychology researchers from Kent State and Carnegie Mellon universities used eye-tracking methods to investigate where elementary-school-age readers directed their gaze during reading. They found that when text and illustrations were presented in close proximity, children often shifted their gaze away from the text and ultimately showed diminished reading fluency.

In another laboratory study, a trained experimenter delivered an age-appropriate mini-science lesson to a small group of children in a room that was either decorated with a high degree of visual clutter or a room that was relatively bare. The children’s answers to multiple-choice questions about the lesson revealed that those who were taught in the visually sparse room learned more than did those taught in the visually cluttered room, even though the clutter consisted of education-relevant items commonly found in real classrooms. A separate research team replicated these effects in a group of elementary-school-age children, signaling that the visual environment affects learning even in later childhood.

It’s important to note that children with hearing, attentional, and cognitive impairments are likely to struggle even more with visual and audible diversions than typically developing children do. Distractions may be especially costly to children with hearing problems, who may find listening to and learning from speech to be especially taxing and effortful. A child with a learning disability may need to exert extra effort to attain the same level of learning as a typically developing child — for such a child, environmental distractions could divert needed cognitive resources from the task at hand. In addition, some research suggests that children with autism often have heightened noise sensitivity and show more pronounced learning impairments in visually cluttered learning environments compared with typically developing children. Taken together, the findings suggest that noise and visual clutter may have especially dramatic effects on learning in children who have sensory impairments or other special needs.

In an ideal world, the best learning environments and materials would account for the interaction between auditory and visual factors. But designing classrooms around children’s cognitive development must also be balanced with fulfilling their socioemotional needs. Many potentially distracting items, like colorful posters or artwork the children created themselves, make children feel happy, comfortable, and open to learning. After all, a frightened toddler who spends the bulk of instructional time in tears is unlikely to make dramatic learning gains.

Technology represents one potential avenue for bringing cognitive and socio-emotional concerns into balance. For example, Smartboards could be used to project colorful patterns and photos of children’s artwork on the walls at some moments, but also to create a calming, plain backdrop for key moments of instruction that require their full attention. But technology can also be misapplied in ways that hinder attention and learning. In one study, toddlers’ electronic books with “bells and whistles” and other extraneous sound effects impeded children from understanding of the story. APS James McKeen Cattell Fellow Kathy Hirsh-Pasek and colleagues recently noted that many of the so-called educational apps for infants and young children on the market include added features and trappings that actually hamper the learning experience they purportedly foster.

Ultimately, low-tech solutions may be as good if not better than electronic ones. For example, rooms could be designed to contain unadorned walls with artwork and other potential distractors stored only in prescribed places. A plain curtain could be used instead of a Smartboard to temporarily shroud a wall covered in artwork and posters. Curtains and other soft surfaces can be used to help dampen noise and decrease reverberation. Lawn mowing and other noisy maintenance activities can be timed to occur outside instructional hours.

Overall, the science is sending a strong message to parents and educators: Children learn best in calm, clean, and quiet settings. So turn off the TV and keep the wall art in check.

Lucy C. Erickson holds a PhD in Developmental Psychology from Carnegie Mellon University. She is currently a AAAS Science and Technology Policy Fellow hosted by the National Science Foundation. The views expressed in this post do not represent the views of the American Association for the Advancement of Science, the National Science Foundation or the United States Government.