Two sessions in the Clinical Science Forum at the 24th APS Annual Convention explored critical issues facing clinical psychologists. One session focused on education and the efforts that training programs are making to equip future clinicians with the skills they need to evaluate  and implement evidence-based interventions. During the second session, which will be featured in an upcoming issue of the Observer, psychological scientists shared the benefits, and challenges, of implementing evidence-based treatments in large organizations — in this case, the military. Both programs demonstrated that clinical psychological science is moving in a promising direction that is effective and empirically sound.

On October 2011, the University of Delaware hosted a meeting that they called, “The Delaware Project on Clinical Science Training: From Intervention Development to Implementation.” For three days, leaders in the field of clinical psychological science met to examine the way that clinical psychologists are trained.

Why? Because, as APS Fellow Varda Shoham said in one of the sessions at the Clinical Science Forum at the 24th APS Annual Convention, “We trained students for a world that no longer exists. The clinical psychologists are no longer the only front line providers of mental health services.”

Shoham, from the University of Arizona and the National Institute of Mental Health, pointed out that the next generation of clinical scientists must do more to develop, evaluate, manage, and disseminate innovative interventions. Clinical science training must change to accomplish this goal, and the Delaware Project was designed to help lead this change.

Although it is only a few months old, the Project has led to some reports, web resources, and interprogram collaborations and exchanges. But challenges remain in coordinating these efforts because, Shoham said, “Competing priorities exist for researchers and those involved in training between translational science and implementation science.” Translational science is evidence based, with more randomized trials and a focus on interventions. Implementation science attempts to be more flexible, with fewer randomized trials and less practice-based evidence.

Put simply, Onken said, “We must change the system to accommodate the intervention. But often it is like Whac-a-mole.” Making sure there is sufficient funding, adequate time allotted for each patient, and adjusting services can be difficult. Ultimately, she believes that clinicians should be trained to understand the need and urgency of conducting research that will have a positive impact on public health. 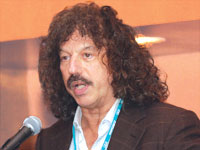 APS Fellow Howard Berenbaum, of the University of Illinois at Urbana-Champaign, described how skills were promoted by project-based learning, problems were solved with critical thinking, and collaboration was encouraged with classmates across disciplines. Project-based learning was incorporated into clinical science in the first year of graduate school. He explained that they reduced some of the reading load for graduate students to emphasize project work, in which students were required to work on two interconnected projects each semester.

Externships are also being redefined at the University of California, Los Angeles, said Bruce Chorpita, by increasing emphasis on evidence-based treatments. “Clinical scientists should work to alleviate human suffering by increasing the public impact of science,” he said. A primary strategy of their externship program has been to study efficient ways to identify, implement, adapt, and coordinate mental health treatments supported by the highest quality scientific research. Students are trained by working in the community in partnerships with one of 93 agencies in Los Angeles County that deliver mental health services.

The practicum has long been a centerpiece in clinical science training, in which students, guided by a mentor, worked in the “real world” treating clients. APS Past President Robert W. Levenson from the University of California, Berkeley, described a practicum approach in which research and clinical faculty work together in specialty clinics where students receive their training. As with all the other aspects of clinical training, there was a gap between scientific work and clinical work in the practicum. Levenson described an approach where that gap is bridged by intense clinical supervision once students begin the program.

The practicum begins with a weekly seminar for all faculty and students in which they determine a target problem and population, then design a curriculum for treating that population. Together, students and faculty design interventions and evaluations. They also market the intervention, create the clinic, and work out the delivery of the intervention. Students then deliver the intervention under supervision and have case conferences with all the faculty as well as individual supervision. The treatment areas they have focused on have included transitions to parenthood, coping with cancer, coping with dementia, relationship distress, and psychodynamic treatment of depression and mood disorders. 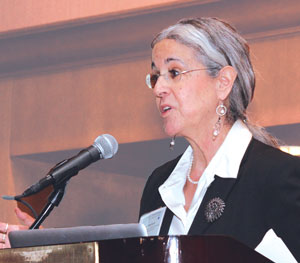 Psychological scientists are also envisioning new models for internships. The original models involved one year at a particular training site. “They have been typically conducted in the third year of graduate training, usually at a separate site,” said APS Fellow Timothy Strauman of Duke University. “The unintended consequence has been that it separated research from clinical training. A problem that has continued.” The Delaware Project and the new Psychological Clinical Science Accreditation System (PCSAS) attempt to provide opportunities to redesign the internship experience to align more closely with the values and goals of clinical science training.

“In reimagining internship training, we work in coordination so that internship and doctoral programs can create individualized, flexible training sequences that both ensure clinical competence and enhance overall quality of clinical science training,” Strauman said.

Students who are seeking academic careers, for example, are not required to work for a full year in a training internship model. Instead, they can pursue several different placements over a partial year. Other internships could focus on program leadership and administration or policy-making. “We need to anticipate clinical-science trajectories,” he said.

Kimberly Eaton Hoagwood from Columbia University cautioned, “Given the changing context in which services are being delivered, I think that clinical science is in real danger of irrelevance if we don’t refocus our efforts.”

One area in which those efforts can be refocused is in the postdoctoral world, which has been particularly plagued, she said, by “shortsighted goals.” She enumerated the problems of postdoctoral training, which include: “staying in the guild, talking only to psychologists, avoiding community input, developing research questions without consulting end users, developing research questions that are unidisciplinary or unimethodological, preparing students solely for solo practice, and developing proprietary products that serve narrow goals or populations.”

The overall solution, echoed by many speakers in this forum, is that, from course work to postdoctoral work, scientific research and clinical practice must finally be linked.