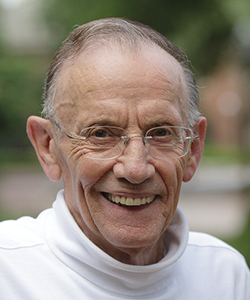 Brewer was an APS Charter Member and Fellow and emeritus professor of psychology at Furman University. He was an influential teacher of psychological science, with more than 200 undergraduate students who went on to earn psychology PhDs. Early in his career, he taught at the College of Wooster in Ohio and Elmira College in New York. He joined the Furman University faculty in 1967 and served as the chair of the university’s psychology department from 1972 to 1984. He received the first Alester G. Furman Jr. and Janie Earle Furman Award for Meritorious Teaching in 1969. Brewer retired from Furman University in 2014.

Brewer coedited numerous books and authored many articles on psychological science and teaching. He was editor of the journal Teaching of Psychology for 12 years, psychology editor for the Encyclopedia Britannica, and keynote speaker at the International Conference on Education in Psychology at their inaugural conference in 2002 and again in 2008. In 2012, the Princeton Review honored Brewer as one of their “Best 300 Professors.”

Brewer had a special interest in early behavioral psychological scientist John B. Watson. Brewer gave lectures around the United States and wrote a book chapter about the Furman graduate, who conducted seminal research on animal behavior, child-rearing, and advertising and established the psychological field of behaviorism.

In the numerous video, text, and audio tributes students made to Brewer during his life, Brewer’s unique sayings come up again and again. Some students refer to these as Brewerisms, which include wise words such as, “Write with clarity, conciseness, and felicity of expression,” and “Things always take longer than they do.”

Two former students created a collection of essays devoted to Brewer’s and fellow psychological science professor Wilbert McKeachie’s contributions to psychology teaching and published them in 2002. After their mentees write for some 200 pages about all that Brewer and McKeachie have contributed to the field, Brewer writes in the book’s conclusion:

“Despite being less prestigious and less lucrative than many other professions, teaching is the most exciting, challenging, rewarding, and difficult thing that I have ever done; I cannot imagine doing anything else.”

My comment is really a question: Genetics deals the cards. Environment plays the hand.