The 2017–2018 James McKeen Cattell Fund Fellowships have been awarded to APS Fellow Koraly Perez-Edgar, Melissa Glenn, Paula Niedenthal, and Kiran Soma. Presented in partnership with APS, the fellowships allow recipients to extend their sabbatical periods from one semester to a full year. Here, in their own words, are the projects the three researchers plan to pursue during their sabbaticals. 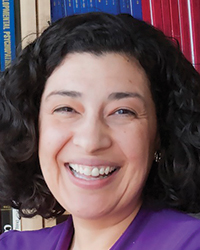 I am a developmental psychologist studying trajectories that place children at increased risk for anxiety, with a particular focus on risk due to temperamental traits. Over the last 15 years, I have carried out a complex line of research aimed at probing mechanisms that shape socioemotional development. Thus, I have both the content and methodological expertise to contribute to our understanding of early development. However, I lack expertise in the latest analytic approaches needed to make the most of the rich data generated by my lab. I will use the Cattell Fund Fellowship to implement a year-long systematic training program in analytics. My new skills will enhance my ability as a psychological scientist to produce more nuanced and three-dimensional views of complex developmental trajectories.

My work focuses on the temperament trait Behavioral Inhibition (BI). BI is early-appearing, rooted in biology, marked by social withdrawal, and relatively stable over childhood. BI also is our best-characterized predictor of Social Anxiety Disorder. As such, research on BI helps inform our understanding of both typical and atypical development across multiple levels of analysis. I examine attention patterns, particularly a child’s tendency to attend to perceived threat in the environment, that may trigger, shape, and reinforce cognitive and behavioral tendencies linked to anxiety. My current work makes use of mobile (ambulatory) eye-tracking in young children and behavioral, electrophysiological, and stationary eye-tracking data in a large longitudinal study of infancy. My sabbatical will focus on gaining advanced analytic skills through formal coursework at Pennsylvania State University (PSU), statistical workshops across the nation, and one-on-one didactics with collaborators at PSU and at the University of Sussex in the United Kingdom. As such, support from the Cattell Fund will allow me to empirically test the conceptual questions at the heart of this line of research. 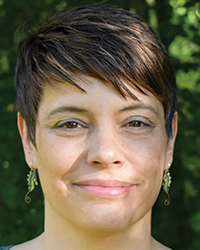 My research focuses on the coordinated function of the neural systems that contribute to cognitive and emotional behaviors, the ways in which these systems are dysfunctional in mental illness, and whether they can be enhanced and protected by nutrient manipulations. I am particularly focused on the essential nutrient choline — the precursor to the neurotransmitter acetylcholine. Choline is also a potent epigenetic factor in development, and its availability during the perinatal period has an immediate impact on neural organization and behavior, altering animals’ responses to their environments and leading to lifelong enhancements in attention, memory, and emotion. My sabbatical research will focus on these changes and on the ways in which they may be protective in rodent models of depression and schizophrenia. Though the translational potential of this research is high, there are major issues emerging in the field around how well rodent research translates to human clinical applications. This lack of translation from animals to humans is likely due to a constellation of factors, and paramount among them is the growing trend in behavioral neuroscience research, particularly around rodent models of human disorders, to reduce complex behavioral processes to very basic metrics. Thus, a major focus of my sabbatical research will be on developing richer, more naturalistic tools for use in rodent models of psychological disorders.

The Cattell Fund Fellowship will make it possible for me to spend portions of my sabbatical leave in Montreal, working with David Mumby in the Center for Studies in Behavioral Neurobiology at Concordia University. Mumby’s lab has been a leader in the study of rat cognition and behavior, and I am thrilled to have the opportunity to collaborate with him on innovation in behavioral methods for neuroscience research. Technological prowess in neuroscience and growing knowledge of cellular and molecular function is far outpacing behavioral research. To best leverage gains made in understanding complex biological problems requires more sophistication in our animal models. To that end, I aim to develop new tools with Mumby, establish them in my lab at Colby College, and use them to study how prenatal choline supplementation may attenuate rats’ “naturalistic” symptomology in disorder models, thereby greatly improving success at translating these effects into humans. 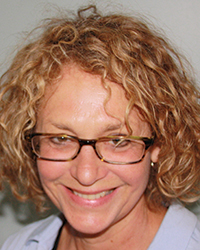 My most recent research seeks to uncover the cultural origins of emotional expression and communication and to account for emotional misunderstanding across the globe. The theoretical grounding rests on the concept of heterogeneity versus homogeneity of long-history migration, defined in terms of the number of source countries contributing to the present-day population of a given country or region, starting at the dawn of colonialization (approximately 500 years ago). Migratory history should influence the form and function of facial expression in a society because substantial versus minimal migration to a country poses vastly different social challenges to communication and the prediction of behavior. Initial empirical findings bolstered this hunch: We first demonstrated that individuals in countries with high heterogeneity possess display rules that favor emotional expressiveness compared with individuals in historically homogeneous countries (Rychlowska et al., 2015). Follow-up research demonstrated that the facial expressions of individuals from heterogeneous cultures are easier to decode across cultures than are expressions found in homogeneous cultures (Wood, Rychlowska, & Niedenthal, 2016). Indicators of present-day diversity (e.g., ethnic fractionalization) do not account for these emotional expression outcomes, suggesting that cultures of diversity emerge over time.

But these insights and findings are just the beginning of the story. In theory, the mechanisms through which emotions are interpreted should differ as a function of historical heterogeneity. One way we decode emotion in others is by reproducing aspects of their bodily expression of emotion, a process that we call sensorimotor simulation (Wood, Rychlowska, Korb, & Niedenthal, 2016). In heterogeneous cultures, the task of decoding the emotions of strangers (compared with close others) should have become, over time, more recurrent and crucial. In addition, heterogeneous cultures have relied on sensorimotor simulation as a decoding strategy more often for this purpose than have homogeneous cultures, in which shared language and emotion culture could do much of the work. These differences should now be embedded in the cultures. During my sabbatical, I plan to master the emerging literatures in psychology and neuroscience on the roles of neural, physiological, and behavioral synchrony as components of emotion simulation and a basis of empathic understanding. Synchrony is the temporal alignment of behavior, and should be triggered by shared attention and mimicry. My synthesis of this literature, as it relates to emotion, will lay the groundwork for programmatic research on cultural variation in the processes by which emotional communication and joint action are achieved in social interaction. I plan also to gain expertise in techniques for measuring and modeling synchrony in facial expression and cardiovascular responding.

Taken together, the achievement of these aims will lay the groundwork for significant contributions to the literatures on emotion, behavioral, and physiological synchrony, and culture. Never has deeper understanding of how individuals from different cultures manage to align their emotions and their behavior been so important. 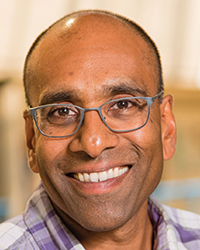 My research examines the effects of steroids on behavior, the brain, and the immune system, particularly steroids that are locally synthesized within the brain and immune system. During my sabbatical, I will expand my expertise in steroid
profiling via mass spectrometry. This is an emerging and high-impact technique in behavioral neuroscience. I established a cutting-edge mass spectrometry system at the University of British Columbia in 2016 and will maximize the potential of this system by visiting the lab of Fernand Labrie of the pharmaceutical company Endoceutics and the lab of Karen Chapman of the University of Edinburgh, Scotland. Both have world-class mass spectrometry facilities and novel techniques for measuring steroids in the brain, including mass spectrometry imaging to reveal where steroids are located in situ. I will refine my mass spectrometry protocols to characterize the suites of steroids present in the blood, brain, and immune tissues of rats and mice. I will pay particular attention to androgens, estrogens, and glucocorticoids. It will be especially interesting to determine whether different suites of steroids are present in blood versus tissues. These studies will fundamentally change our ideas about how the brain and immune system are regulated. Traditionally, neuroscientists and endocrinologists have focused on systemic steroid signals in the blood, but more recent studies suggest that this is only the tip of the iceberg, with much of the regulation occurring locally within the tissues themselves. This insight has major implications for understanding normal brain and immune function, as well as for steroid-sensitive diseases such as Alzheimer’s disease and depression.