Following months of discussion with APS and Congress, the National Science Foundation (NSF) has changed the rules for its prestigious Graduate Research Fellowship Program (GRFP) to allow students from clinical psychology programs to apply. A number of clinical psychological science students have already been funded as a result.

NSF is the premier research funding agency for basic science in the United States. The 2011 GRFP announcement said that students from “clinical and counseling programs” were not eligible to apply. That started a series of letters, emails, and meetings between APS and NSF officials over what modern clinical psychological science means — specifically, that clinical science students can be engaged in basic research of the kind that NSF supports.

“To be sure, NSF is not in the business of training practitioners, nor of supporting applied research on clinical interventions,” APS Executive Director Alan Kraut wrote to NSF’s Deputy Director Cora Marrett, who was involved in previous discussions of the GRFP policy in her past NSF positions overseeing the agency’s social and behavioral sciences directorate, as well as the science education directorate. “But,” Kraut continued, “should students be declared ineligible simply because their graduate program happens to be clinical? That is an outdated view of clinical psychology programs. Many of these students will go on to research careers, some to careers in basic research. They come from psychological science programs that train students who would qualify for NSF funding in every way — they conduct basic research in emotion, cognition, language, etc. — except they are labeled ‘clinical.’ These students should be encouraged to apply for NSF training support, but as it stands now, they are precluded from even having their applications considered.”

Congress also weighed in on the issue. The 2012 funding bill for NSF included language that Congress is “concerned that meritorious applications from psychology are being rejected without review solely because the applicant is enrolled in Clinical Psychology, even when his or her application and academic work is focused on areas of basic research within the NSF mission.” 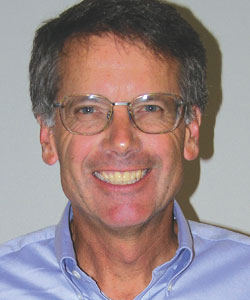 All this led to ongoing talks with NSF’s Graduate Education Director James Lightbourne and a change in the wording of the 2012 announcement. Instead of clinical students being precluded, it was only “clinical study that is ineligible.” The result was that clinical scientists were invited to be NSF reviewers, and many “basic” clinical psychology students applied and were funded.

“This was such a win-win for everyone involved,” said Kraut. “NSF staff, at the level of Cora Marrett and Jim Lightbourne, were immediately sympathetic to the predicament — how to maintain NSF’s focus on basic science but also to welcome clinical students who are training in basic research — and from the beginning looked for a solution.”

“I can’t say enough good things about the thoughtful and cooperative way NSF went through this deliberation,” he said.

One other development that was used to support the case for changing NSF policy was the creation of the new APS journal, Clinical Psychological Science. Among its aims and scope is to publish “basic research on the psychological and related processes that are disrupted in psychopathology.” “Here, we were able to point to the newest journal in the field targeting exactly the same area of basic clinical psychological science that we hoped NSF would,” said Kraut. (See the March 2012 Observer for more on the new APS journal.)

The Challenges of Change

NSF’s Lightbourne pointed to the need for the program to reflect changes in science, noting that the fluidity of scientific frontiers requires flexibility on the part of the agency. “The Graduate Research Fellowships, through supporting students in fields that are in NSF’s mission, are key to the vitality and diversity of the US scientific workforce,” he said. “But we know there are always changes in scientific disciplines. As knowledge advances and boundaries are blurred, new areas emerge. These changes make determining whether a student’s field of study is eligible, or not, a persistent challenge.”

“In this case, the challenge was to address the changing nature of basic psychological science. Our aim is to work with the scientific community to meet this kind of challenge while staying true to the mission of NSF,” said Lightbourne. “After all, everyone benefits when budding, cutting-edge scientists are supported. Hopefully, the steps taken in this case will prove successful in doing that.”

But even with everyone on the same side, making changes in a large funding program is no easy matter. From funding announcement to funding decision, the GRFP represents an enormous program, perhaps the largest fellowship program in all of science. Over 12,000 applicants from all scientific disciplines apply each year. Hundreds of experts come to Washington once each year to review the applications. Making any change in such a huge program is not easy.

Among those experts this year were several psychological scientists who helped usher in the new eligibility policy. They were uniformly positive about NSF’s effort to ensure that the substance of the research, rather than the applicant’s program, was the focus of the review.

“The GRFP leadership actually came to our panel and clarified the new procedures,” said APS Fellow Timothy J. Strauman of Duke University, who is also past president of the Academy of Psychological Clinical Science, an organization of the nation’s leading clinical science training programs. The message from the NSF officials was clear: “If a student in a clinical program was proposing research within the purview of NSF, then that application was indeed eligible and should be reviewed just the same as any other application.”

According to Strauman, “that included studies of maladaptive behavior, as long as the population of interest was not simply an established psychiatric diagnostic category. So as an example, a student could propose research on problems in affect regulation, and even include a sample of individuals meeting criteria for some diagnostic category as part of the research, as long as that sample was not the only target of the research. Most of us felt that this was a very reasonable interpretation of the rules (since it also meant that students from non-clinical programs could do exactly the same thing), and my sense was that the reviewers did their best to apply the rules thoughtfully.”

“My overall impression was that the process worked,” said Strauman. “I don’t know the outcomes, of course, in terms of actual fellowships awarded, but as far as the review went, I thought the reviewers worked hard to be fair.”

What a Difference a Year Makes 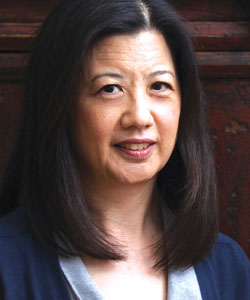 This sentiment was echoed by Cindy M. Yee-Bradbury, of the University of California, Los Angeles, who was involved in the prior review cycle as well. “Tremendous gains were made over the past year,” she said, when the old policy was still in effect and reviewers were required to flag an application for elimination if the student was from a clinical psychology program. “By 2012, we were asked instead to evaluate whether the focus of the proposed research was on basic or clinical phenomenon.”

“This is not always an easy distinction to make,” said Yee-Bradbury. “As one example, a proposed study might focus on psychiatric or neurological patients because their condition is associated with a specific neuroanatomical dysfunction, and the goal of the research is to understand the relevant brain processes rather than the condition per se. In some instances, the final decision came down to a judgment call that was made by an NSF program member.”

Yee-Bradbury is delighted that “the superb opportunities offered through the NSF Graduate Research Fellowship Program are now available to current and future generations of clinical students.”

The importance of the NSF fellowship award was echoed by APS Fellow Robert M. Arkin, a social psychologist from Ohio State University. “A number of our students at Ohio State have received NSF GRFPs,” said Arkin. “It makes an incredible difference to students, freeing up their time to devote their entire energy to the research enterprise at a critical juncture in their career. The students who have received these fellowships are extraordinary scientists on the road to making significant contributions to psychological science.”

Arkin also encourages senior scientists to volunteer as reviewers for the program. “It’s not only exciting to work with colleagues to identify scholars who are going to make a difference in the future in psychological science but it’s also inspiring to read some of the creative, sophisticated proposals from these applicants. I would encourage anyone to participate,” he said, calling the experience “an intense, but exciting opportunity to make a difference in young scholars’ lives.”

In psychological science, when you say you have an NSF graduate research fellowship, it really means something. Now, thanks to the change at NSF, clinical science students can look forward to that kind of support too.