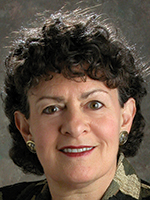 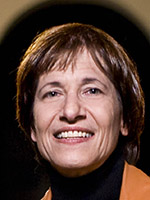 Golinkoff and Hirsh-Pasek changed the field of developmental psychology in the late 1980s when they introduced the Intermodal Preferential Looking Paradigm (IPLP), which allows researchers to measure preverbal infants’ language abilities by presenting side-by-side visual stimuli along with an auditory stimulus and then observing whether infants look at the visual stimulus that matches the auditory stimulus. For example, in an early IPLP experiment, infants were simultaneously shown two videos on separate screens: In one, an actress was drinking from a cup, and in the other, the same actress was blowing on a piece of paper. The infants heard a voice say, “One is drinking and one is blowing. Which one is drinking?” The babies’ eye movements showed Golinkoff, Hirsh-Pasek, and their colleagues that even before they have begun using verbs in their own speech, babies often understand verbs.

The IPLP has been adapted for the study of “knowledge in the areas of phonology, semantics, syntax, and morphology in infants not yet speaking” (Golinkoff, Ma, Song, & Hirsh-Pasek, 2013, p. 316).

In addition to this groundbreaking methodological contribution, Hirsh-Pasek and Golinkoff are known for showing that preschoolers learn best from play rather than from scholastic methods such as flash cards. For example, play with blocks, puzzles, and “shape sorters” provide children with valuable spatial-thinking experience, which strengthens mathematical thinking. In 2010, they held a mammoth event in Central Park called The Ultimate Block Party to illustrate the value of play and playful learning with 25 hands-on activities. Additional Block Parties were held in Toronto and Baltimore.

The advantages of play-based learning are detailed in Hirsh-Pasek and Golinkoff’s 2009 book A Mandate for Playful Learning, as well as in their book Einstein Never Used Flash Cards, for which the duo won the 2003 Books for a Better Life Award in the category of psychology. Other notable publications by Golinkoff and Hirsh-Pasek include the book How Babies Talk (1999), Origins of Grammar (1996), and the monograph “Breaking the Language Barrier” (2000).

At the 2015 APS Annual Convention in New York City, Golinkoff and Hirsh-Pasek will deliver an award address on “Living in Pasteur’s Quadrant: Navigating the Uncharted Waters Between Basic and Applied Research.”

The Challenges of Driving While Dyslexic

Street signs are almost as old as roads themselves. Evidence for road signs goes at least as far back as ancient Rome, where milestones along roads were inscribed with information to help travelers navigating their