How the Mind Perceives Taste 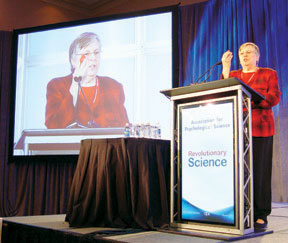 You might call the Presidential Symposium at the APS 22nd Annual Convention a three-course meal. As an appetizer, the audience ate lemons and strawberries as part of a test on flavor enhancement. For a main dish, an entrée of experts, from research psychologists to food critics, discussed why people are so attracted to spices. And for dessert, an award-winning chef prepared food for the whole crowd.

“Many of you have to be wondering, what does this have to do with psychology?” said program committee chair Tyler Lorig in an e-mail read aloud to the packed room by APS President and symposium chair Linda Bartoshuk, University of Florida. “The answer is … it is about understanding how flavor shapes what you do and who you are.”

A New Field of Gastro-Psychology:
The Tip of the Spiceberg

At the heart of the program was a discussion by APS Fellow Paul Rozin, University of Pennsylvania, about why so many people love to eat spices. Rozin’s research has shown that young children have a natural aversion to spicy food — even in spice-friendly places like Mexico — that disappears by around age 6 or 7.

Over time, people grow accustomed to eating hot peppers as a form of “benign masochism,” Rozin explained. In fact, about a third of the people in the world eat hot peppers on a daily basis, simply because they “love the burn.”

“What’s happened here we call a ‘hedonic reversal,’” Rozin said, “Something up here” — inside the brain — “has switched from a negative evaluation to a positive evaluation.”

The psychological mechanisms of this transformation, which takes place all over the world, are still dimly understood. For reasons that include exposure, conditioning, and social influence, he said, people enjoy eating something that brings them the most possible pain they can stand. 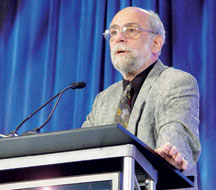 “We are the only species, as far as I know, that does anything to seek out innately negative events,” Rozin said. “We’re just at the beginning of understanding spices. We are just at the tip of the spiceberg.”

Also chipping away at this tip are researchers studying the benefits of spices on well-being. As Marianne Gillette of McCormick & Company explained, humans have a long history of connecting spices with health. In 1550 B.C., for instance, garlic was used as a remedy for hypertension and tumors, and in the 9th century, Charlemagne called spices and herbs the “friend of physicians.”

Somewhere along the way, people forgot about the medicinal purposes of spices and instead focused on their flavor. But with trends toward globalization, cultural interest in wellness, and improved dietary science, spices are once again being studied for their ability to enhance our health, Gillette said.

“Today we’re at the cusp of a major renaissance of interest in spices and herbs,” she said. “We are now … interested in spices again for their healing power.” 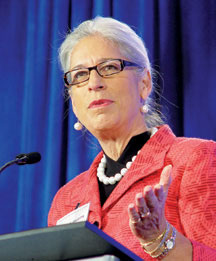 In several cases, these powers include substantial cognitive benefits. New studies, some funded in part by McCormick, have shown that rosemary and sage may improve age-related memory loss. A study in progress at Penn State is looking at the role spices might play in reducing mental stress and the heart conditions such stress can cause.

“We’ve been benefiting from spices for a while,” said Gillette, “but now we’ll know what we’re doing.” 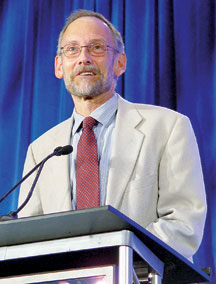 McGee described several efforts being dreamed up in kitchens around the world. Wylie Dufresne of WD-50, in Manhattan, creates dishes with an element of humor and surprise; his dish “Sunny-Side Up,” for instance, looks like a fried egg, but the white is actually coconut milk and the yolk a tomato. Jose Andres, who cooks in Washington, DC, presents patrons with jellies of flavors that appear in their wine — a mental calisthenics for wine appreciation. Heston Blumenthal of The Fat Duck, in England, is so interested in the psychology of perception that he consults with Charles Spence, a professor at Oxford who studies sensory psychology.

“It seems to me that it’s not going to be that much longer, given this collaboration of interests, before there will be a field of gastro-psychology,” McGee concluded. 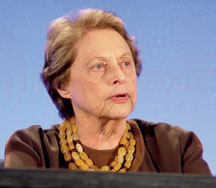 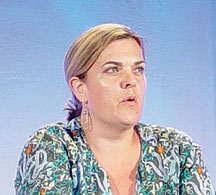 Sortun, who has appeared on the television show Top Chef Masters, emphasizes Eastern Mediterranean spices in her cuisine, many discovered on a voyage to Turkey. These range from dried rose petals, which can be whipped into jam, to allspice, which she often sprinkles on tomatoes. As opposed to the warm, complex tastes described by Sortun, Sheraton talked about cool, fresh flavors — dill, caraway, and cardamom — primarily found in Scandinavian food.

After Sortun and Sheraton finished their discussions, the audience then streamed into an adjacent dining room to find the creations fresh in their minds now fresh on their plates at a reception for all attendees.