Observer > 2017 > November > A Conversation With Nour Kteily and Emile Bruneau

Nour Kteily and Emile Bruneau are authors of the article “Darker Demons of our Our Nature: The Need to (Re)Focus Attention on Blatant Forms of Dehumanization” in the October 2017 issue of Current Directions in Psychological Science. 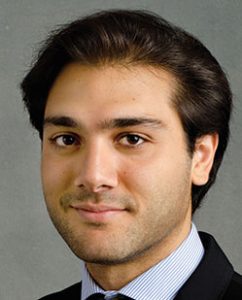 In your article in Current Directions in Psychological Science, you and coauthor Emile Bruneau suggest that psychological research has focused heavily on implicit forms of dehumanization and overlooked the more overt or blatant forms of it. Why do you think this has happened?

Although dehumanization has been a central topic of interest in social psychology since at least the horrors of World War II, the empirical study of dehumanization in psychology only really began in earnest around 2000. At that time, a number of researchers noted that some forms of discrimination, such as employment discrimination, remained constant over time even as self-reported prejudice decreased. This sparked a wave of research on implicit bias and aversive racism. Relatedly, societal norms about the open expression of hostile intergroup attitudes in the United States and much of Europe shifted, particularly on college campuses, where most psychological research has been conducted. The literature on dehumanization followed this trend, focusing on implicit and unconscious measures of the phenomenon, presumably under the assumption that overt or blatant forms were largely a thing of the past or driven under the surface by political correctness norms.

What led you into this line of research?

One important factor was our experiences growing up. Having spent time growing up in the Middle East, the types of dehumanization I had seen and encountered were anything but subtle. Similarly, Emile spent substantial time in conflict regions such as Northern Ireland, Sri Lanka, and South Africa near the end of apartheid, which also importantly shaped his view of the world. We had independently begun to think about blatant dehumanization, and since we had been looking for an excuse to work together for a couple of years, this was the perfect opportunity.

What types of methods/tools have you used to measure individuals’ tendency to dehumanize certain groups?

Our research began with the Ascent Dehumanization measure, in which people report how “evolved” the average member of a given group is by placing them on the Ascent of Man diagram often used colloquially to capture notions of progression and advancement (see Teaching Current Directions). Although this figure is an inaccurate depiction of the way evolution actually works, it does appear to effectively tap into individuals’ lay perceptions of advancement. We have since supplemented the scale with trait-based measures of blatant dehumanization, in which people rate a target group on a range of relevant traits (e.g., “advanced,” “civilized,” “savage,” “barbaric,” “backward,” “lacking in self-control”). Our most recent efforts have employed the reverse correlation technique, in which pairs of identical base images are overlaid with random noise and presented to participants in a forced-choice task. If we ask people to choose the image in the pair that looks more like a given target group and iterate the task over several hundred trials, we can generate at the end a composite “mental model” of the ingroup and outgroup. These representations can then be assessed on how human they look by a new sample of participants who are blind to how the images were generated.

What are the comparative advantages and disadvantages of these tools?

The Ascent Dehumanization measure is fast, intuitive, and effective across a broad set of cultures that we have investigated to date, and can easily accommodate judgments about multiple groups simultaneously. At the same time, it is a single-item, gestalt measure that does not differentiate between different aspects of dehumanization. It is also very overt (by design), which has its advantages but can sometimes be uncomfortable for people to grapple with. The multi-item, trait-based measure takes more time to assess and is less extreme, but is able to capture different elements of dehumanization — for example, the degree to which a group is dehumanized by denying them cognitive faculties (e.g., “irrational,” “lacking in self-control”) or by endowing them with base animalistic practices or motives (e.g., “savage,” “barbaric”). The reverse correlation approach provides a visually arresting outcome measure that is more implicit; however, it involves only one target group, requires hundreds of iterations, and may not fully capture the ways in which individuals intentionally and explicitly dehumanize others.

You and a colleague recently used Amazon’s Mechanical Turk in a study on the beliefs of the “alt-right.” What do you believe was the most important finding from that study?

The work that we’ve done on the alt-right today is still in working paper form and has not yet been peer-reviewed, so I hesitate to discuss the research at length before it has been more formally vetted. That important caveat noted, our initial results confirm and extend the conclusion from our collaborations (and related research from Patrick Forscher, the lead author of the alt-right paper) that blatant forms of intergroup hostility are alive and well. In a big picture sense, the most important conclusion for us is that we have much work to do in better understanding the roots of this type of explicit intergroup bias and identifying strategies to ameliorate it.

What direction do you want to take your research based on the findings you gleaned from that MTurk study?

Our ultimate goal has always been to not just document and characterize blatant dehumanization, but to use these measures as diagnostics to test the efficacy of interventions aimed at reducing intergroup dehumanization. Emile and I have conducted some of this work already, examining the effects of “virtual contact” programs that bring students from the United States and from Muslim-majority countries in the Middle East and North Africa together for curated online dialogue. Our preliminary results suggest that participants who engage in these programs (compared with matched controls who do not) are both less likely to feel dehumanized by the outgroup (meta-dehumanization) and less likely to dehumanize the outgroup. More recent work has focused on various intervention strategies to reduce anti-refugee sentiment in Eastern Europe and intergroup dehumanization across partisan divides in the United States.

Observer > 2017 > November > A Conversation With Nour Kteily and Emile Bruneau