The 2014–2015 James McKeen Cattell Fund Fellowships have been awarded to Ara Norenzayan, Ione Fine, and Todd A. Kahan. Presented in partnership with APS, the Fellowships allow recipients to extend their sabbatical periods from one semester to a full year. Cattell, an important figure in American psychology, established the fund in 1942 by donating a majority of his holdings in the Psychological Corporation to create a fund in his name. The Fund’s core objective was to support scientific research and disseminate knowledge that would advance the development of psychological science and its functional applications. In 1974, a set of supplementary sabbatical awards were created from this fund. Fellowships are awarded annually to North American university faculty committed to developing scientific research in psychology and its applications to improving human welfare. More information about eligibility for the sabbatical award program and instructions on how to apply for 2015–2016 awards can be found here. 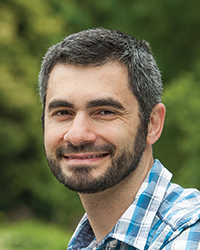 APS Fellow Ara Norenzayan explores the evolutionary and cognitive origins of religious thought and behavior, issues of cultural variability and universality in human psychology, and cultural evolution. During his sabbatical, Norenzayan will investigate how the field of psychology can tackle religious diversity, including secular alternatives to religion. The challenges and opportunities this diversity poses for multicultural societies provide a wealth of untapped data about the evolutionary origins of religion and its influence on psychology. Norenzayan will be consolidating perspectives, findings, and emerging questions for an Annual Review of Psychology article.

Norenzayan is the author of the book Big Gods: How Religion Transformed Cooperation and Conflict and an editor for Evolution, Culture, and the Human Mind, the first scholarly book to integrate evolutionary and cultural perspectives on human psychology. He was awarded a major grant from the John Templeton Foundation in 2013 to study the evolution of prosocial religions.

Norenzayan also serves as a faculty associate at the Peter Wall Institute for Advanced Studies and as the codirector of the Centre for Human Evolution, Cognition, and Culture (HECC). He is a coinvestigator in the Cultural Evolution of Religion Research Consortium (CERC), a joint initiative between UBC and Simon Fraser University, supported by the Social Sciences and Humanities Research Council of Canada. He is an editorial board member for Psychological Science. 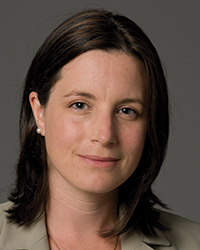 Department of Psychology, University of Washington

During her sabbatical, Ione Fine will edit a special issue of the journal Vision Research that will focus on recent advances and current challenges in sight-restoration technologies, including visual prostheses and optogenetics. She will also be working on a project to measure the visual reorganization that might occur as a result of long- and short-term blindness in people who have suffered vision loss due to diseases like macular degeneration, retinitis pigmentosa, and glaucoma.

Much of Fine’s research focuses on plasticity in the visual system, including studies on perceptual learning in adulthood and the neural reorganization that occurs as a result of being blind or deaf. Over the last few years her laboratory has concentrated on the effects of long-term visual deprivation on human visual processing, including the effects that long-term blindness and sight recovery have on the brain.

Fine also serves as codirector of the University of Washington Center for Brain Imaging and as a faculty affiliate at the Integrated Brain Imaging Center and the department of ophthalmology. Her recent research has focused on the mechanisms of plasticity in the human brain by linking changes in function to changes in neuroanatomical structure. Her work employs a wide range of computational and experimental techniques, including fMRI and computational modeling. 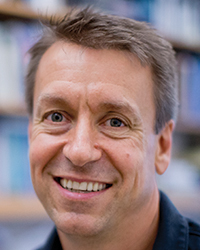 Todd A. Kahan’s research examines the interconnected roles of attention, perception, memory, and word reading in visual perception. Broadly, his research investigates the mechanisms of paying attention to, perceiving, and remembering the incalculable amounts of visual information that we encounter on a daily basis. Kahan’s current research explores how the crossfire of cognitive processes, color, motion, edges of shapes, memories, and lifetimes of cultural experience are harmonized by the brain into the mental image of what we see. One question he hopes to address is where in the visual information-processing stream culture exerts its influence — whether that happens only late in visual perception or at the earliest stages of vision.

The support from the Cattell Fellowship will allow Kahan to travel to Australia to collect comparative data from participants at the University of Queensland as well as at Bates College. During his sabbatical period, Kahan will be working on research that examines how cultural expectations affect early visual processes by examining two newly discovered illusions known as “object trimming” and “object binding.” Research on these illusions will help to determine, for the first time, whether cultural expectations influence early visual processes.

Kahan is a professor of psychology at Bates College in Lewiston, Maine, where he has served as the chair of the psychology department.