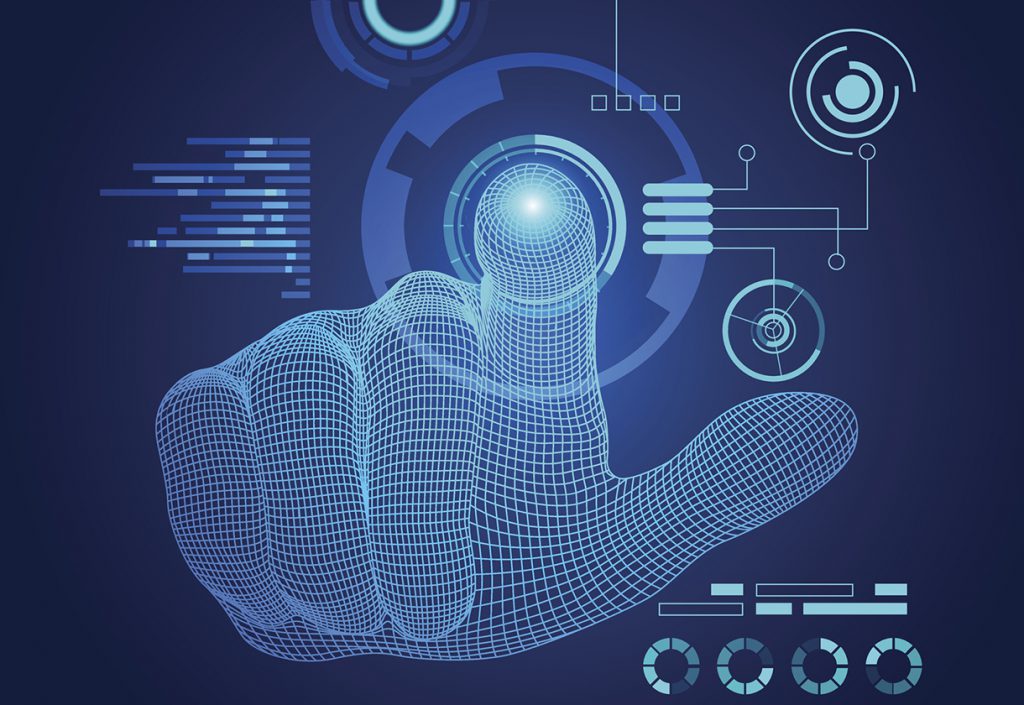 “An especially interesting finding was that participants were able to visually identify an object they had never seen but only touched one week before without the intention of memorization,” says researcher Fabian Hutmacher of the University of Regensburg. “This is even more remarkable as the competing objects in the recognition test belonged to the same basic-level category – that is, the previously presented object was only identifiable based on subtle touch-based details but not on much more salient visual details.”

“The study challenges existing cognitive and neural models of memory storage and retrieval, as these models seem to be unable to account for the large amount of stored information,” Hutmacher adds.

Compared with visual information, relatively little is known about long-term memory for information sensed through other modalities. Hutmacher and coauthor Christof Kuhbandner decided to focus specifically on haptic, or touch-based, experiences.

In one experiment, participants wore a blindfold as they explored 168 everyday objects, such as a pen, for 10 seconds each. The researchers told the participants they would be tested on the objects later, so they should pay close attention to the texture, shape, and weight of each object. The participants, still blindfolded, completed a haptic memory test for half of the objects immediately after exploring them. They held each object they had explored and a similar novel object that was distinguishable only by subtle details – their task was to indicate which object they had explored before. They completed the same test with the other half of the objects 1 week later.

Participants showed almost perfect recall on the test that followed the exploration period, correctly identifying the object they had explored 94% of the time. Remarkably, participants still showed robust memory for the original objects 1 week later, with 84% accuracy.

But would they still remember objects so well if they weren’t intentionally memorizing them? And could objects that were explored by touch be recognized via a different sensory modality?

In a second experiment, a new group of participants explored the same 168 objects without knowing they would be tested on them. Instead, the experimenters said that they were investigating aesthetic judgments, and they asked the participants to rate the pleasantness of each object based on texture, shape, and weight.

Participants returned 1 week later for a surprise memory test, completing a blindfolded touch-based recognition task for half of the objects. For the rest of the objects, they completed a visual recognition task, in which they saw the original object and a similar object placed on a table, and indicated which one they previously explored. After each trial, the participants also reported if they answered based on recalling details of their touch-based exploration, feeling a vague familiarity, or simply guessing.

The fact that participants could recognize objects across sensory modalities is intriguing given that the familiar and novel objects only differed on subtle details that would have to be distinguished on the basis of haptic experiences.

“These results suggest that the human mind effortlessly and automatically stores detailed and durable representations of a vast amount of perceptual experiences, including haptic ones,” says Hutmacher. “We want to explore the idea that storing such a vast amount of information may in fact be functional as it may guide our behavior and contribute to its fine-tuning without being accompanied by conscious experience.”

All data and materials have been made publicly available via the Open Science Framework (OSF). The design and analysis plans for Experiment 2 were preregistered at the OSF. The complete Open Practices Disclosure for this article is available online. This article has received the badges for Open Data, Open Materials, and Preregistration.

Thanks for an amazing center to connect the science of Psychology. Keeping up with the cutting edge findings, seeing the trends, and communicating with others that we may have never had the forum to do so.

Sense Memory is the term for this phenomenon, correct?

Taking it even further, I have seen some great buzz about DNA sense memory.