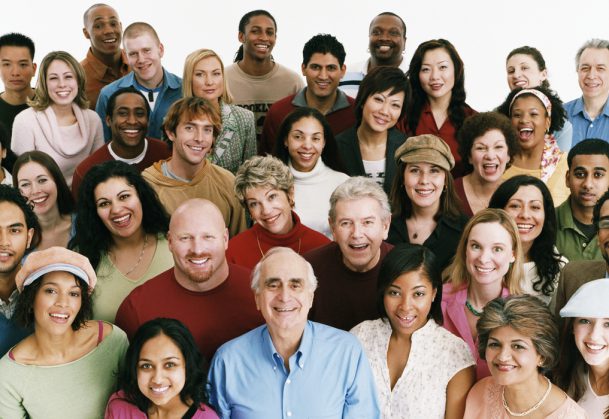 Facing the prospect of racial minority groups becoming the overall majority in the United States leads White Americans to lean more toward the conservative end of the political spectrum, according to research published in Psychological Science, a journal of the Association for Psychological Science.

The findings suggest that increased diversity in the United States could actually lead to a wider partisan divide, with more White Americans expressing support for conservative policies.

Psychological scientists Maureen Craig and Jennifer Richeson of Northwestern University noticed a substantial amount of media attention when predictions were made that the “majority-minority” population shift would happen in 2050 or sooner.

“We wondered how this kind of ‘us-vs-them’ framing would be perceived by members of the current majority,” says Craig.

Craig and Richeson first examined data from 369 White participants who had described themselves as politically unaffiliated in a national Pew Research survey.

They found that participants who had read that California is a majority-minority state tended to lean more towards the Republican Party and rate their ideological attitudes as more conservative than participants who simply read that the Hispanic population had become equal in size to the Black population in the United States.

Importantly, participants’ political attitudes shifted to the right despite the fact that all of the participants had labeled themselves as politically independent.

Another experiment conducted with a nationally-representative sample yielded similar results, showing that White participants who read a press release about the impending majority-minority shift were more likely to endorse conservative policies — even policies that were race-neutral, such as health care reform and increased military spending — than those who simply read about greater geographic mobility.

According to Craig and Richeson, the possibility of a majority-minority shift may threaten White American’s perceived status in the long term, thereby making them more likely to endorse conservative policies in the short term.

Indeed, participants who read that “White Americans are expected to continue to have higher average incomes and wealth compared to members of other racial groups” despite a majority-minority shift did not report more conservative attitudes, presumably because they did not perceive a threat to status.

Craig points out that their findings have direct bearing on real-world issues:

“The materials we used to elicit these responses were taken from actual Census Bureau press releases and media sources reporting on the ‘majority-minority’ shift,” says Craig. “These findings may be particularly relevant to media and government agencies who are currently reporting on these racial shifts, presumably without awareness of these potential threat effects.”

“We’re working on ways to present information regarding these very real and important shifts in the country’s racial demographics that don’t engender these type of threat responses and, instead, promote positive relations among members of the majority and minority groups,” Craig concludes.