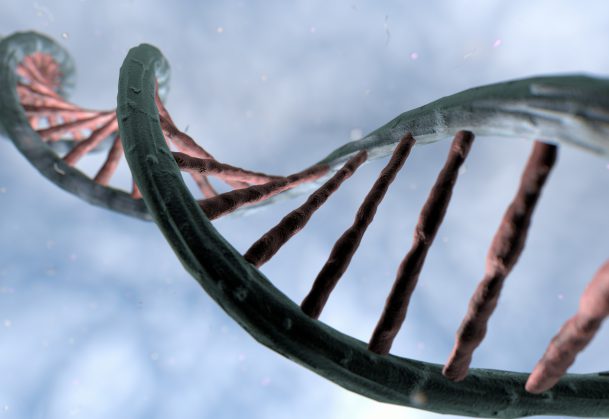 Polymorphisms are variations in genes which can result in changes in the way a particular gene functions and thus may be associated with susceptibility to common diseases.  In a new study in Psychological Science, a journal of the Association for Psychological Science, psychologist Tina B. Lonsdorf and her colleagues from the Karolinska Institutet in Sweden and the University of Greifswald in Germany examined the effect of specific polymorphisms on how fear is learned and how that fear is subsequently overcome.

Serotonin is a brain chemical involved in mood regulation. The serotonin transporter, which is the target of selective serotonin reuptake inhibitors (SSRI) used to treat anxiety and depression, harbors  a common polymorphism in its gene. This polymorphism can come in two different versions that differ in their length.  The shorter version of the gene leads to less serotonin being cleared away and is also associated with higher neuroticism scores and anxious behavior.  The COMT enzyme is involved in breaking down dopamine, a brain chemical important for learning, motivation and seeking rewards. A specific polymorphism in this gene results in higher levels of extracellular dopamine in the prefrontal cortex, leading to enhanced working memory but also greater levels of anxiety.

In this experiment, volunteers were shown a picture (A) and then immediately received a mild electric shock. They were also shown another picture (B) that was never associated with a shock. The participants learned during the experiment to fear picture A as assessed by physiological responses, the so-called fear potentiated startle response.

To test if this learned fear could be overcome (also known as fear extinction) the volunteers came back into the lab the following day.  There they were shown the same pictures, but without any shocks. If their physiological fear responses disappeared, that meant that they had overcome their fear.  In addition, blood samples were drawn from the volunteers and tested for the variants of the two genetic variations the researchers were studying.

The results showed that while the participants with the shorter version of the serotonin transporter gene developed a very strong physiological fear response to picture A, participants with a longer version of the gene did not. In addition, a variation in the gene coding for the COMT enzyme was associated with fear extinction—volunteers with this particular variant were able to very quickly overcome their fear while volunteers with the other variant failed to do so.

The researchers note that these findings have very interesting implications for understanding gene-environment interactions and that “genes may act through the environment by making carriers of particular gene combinations more likely than other individuals to easily pick up and retain fear of stimuli associated with threat and trauma.” The authors go on to suggest that these findings may indicate that individuals with specific polymorphisms may be more susceptible to anxiety disorders by being more prone to developing fear and being less likely to overcome that fear by common cognitive behavioral treatments which are based on the extinction principle.

Previews of research by students and early-career scientists related to combating stereotypes and bias. More

The reason people achieve a certain level of education may depend partly on genetic influences mediated by the home environment. More