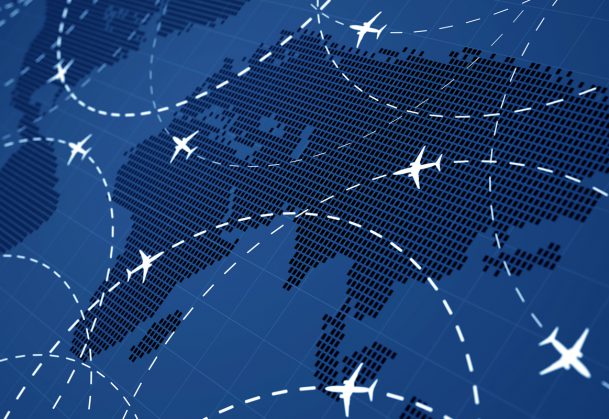 It is safe to say that we are all guilty of these at some point in our day – stifling a yawn in the middle of the work day, eyelids growing heavy and having the strong urge for caffeine when 3pm rolls around. While most of us have experienced fatigue and lethargy on the job, spare a thought for those who hold the fate of people’s lives in their hands.

A day in the life of an air traffic controller is not easy. You might think the task of giving directions to planes carrying hundreds of passengers lies with a team of people. In reality, this daunting task is often handled by a mere two people. Each controller has his specific set of responsibilities, but all too often exhaustion gets the best of one of them, forcing the remaining controller to carry out additional duties.

The length of their shifts is not necessarily the problem; instead it is the irregular shifts that lead to extreme fatigue.  Though the Federal Aviation Administration requires air traffic controllers to have at least 8 hours of time between shifts, the controllers may not be able to use these 8 hours solely for sleep. It is not uncommon for a controller to work from 7am until 3pm then report back to work at 11 pm to work the midnight shift until 7am the next morning.

In recent weeks, there have been reports of air traffic controllers falling asleep on the job, from Miami to Knoxville to Washington, DC. There is even speculation that staff shortage and a lack of attention may have contributed to a close-call with a plane carrying First Lady Michelle Obama. Thus, increased media attention on these incidents has highlighted the need for drastic change to improve safety. Changes include an extra hour between shifts and a greater availability of managers during late night and early morning shifts. The new rules would also prohibit air traffic controllers from switching shifts without the mandatory nine-hour rest period.

Dr. Richard Bootzin, a Professor of Psychology and Psychiatry at the University of Arizona who also serves as Director of the Insomnia Clinic at the University Medical Center said, “The relatively short time between shifts puts pressure on people to sleep and there are consequences when people are overly sleepy or fatigued.”  According to Bootzin, this problem is not unique to air traffic controllers as many other occupations also involve around the clock shifts.

Bootzin believes that the solution is not to punish air traffic controllers, but to make changes that will create a more conducive working environment. “There is a lot of literature on this very problem and several ways to remedy the situation,” he said.

Michael Scullin, a doctoral candidate at Washington University’s Department of Psychology in St. Louis, recognizes the important role that proper sleep plays in a cognitively demanding job, such as that of an air traffic controller. “One of the things we know about sleep deprivation is that it affects your ability to use your cognitive resources in an efficient manner,” said Scullin.”

“Air traffic controllers have a lot of prospective memory demands; they may be working on the evaluation of locations of planes and at the same time have to re-route an airplane. This is very cognitively demanding,” said Scullin who also stresses the importance of proper sleep as opposed to quick-fixes such as caffeine, which does not eliminate the problem of fatigue.

Dr. Richard Bootzin will be presenting his paper entitled, “If Sleep Is So Important, Why Do We Get So Little of It? Advances in Understanding and Treating Insomnia,” at the APS 23rd Annual Convention in Washington, DC .

For more information on the effects of sleep deprivation and fatigue, and for the opportunity to speak with renowned speakers and leading specialists in other fields of psychology, register now to attend the APS 23rd Annual Convention from May 26-29, 2011 in Washington, DC.