People who are born premature tend to accumulate less wealth as adults, and a new study suggests that this may be due to lower mathematics abilities. The findings, published in Psychological Science, a journal of the Association for Psychological Science, show that preterm birth is associated with lower academic abilities in childhood, and lower educational attainment and less wealth in adulthood.

“Our findings suggest that the economic costs of preterm birth are not limited to healthcare and educational support in childhood, but extend well into adulthood,” says psychological scientist Dieter Wolke of the University of Warwick in the UK. “Together, these results suggest that the effects of prematurity via academic performance on wealth are long term, lasting into the fifth decade of life.” 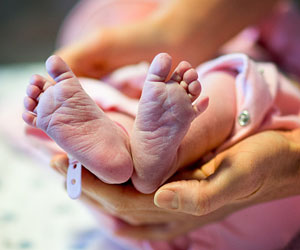 For the study, funded by the Nuffield Foundation, the researchers examined data from two large, longitudinal studies: the National Child Development Study and the British Cohort Study. Both of the studies recruited all children born in a single week in England, Scotland, and Wales, and researchers have followed up these children through to adulthood.

Wolke and colleagues specifically examined data for all individuals in the studies who were born at between 28 and 42 weeks gestational age and who had available wealth information at age 42, yielding a total sample of over 15,000 participants.

To measure adult wealth, the researchers looked at a combination of participants’ family income and social class, their housing and employment status, and their own perceptions of their financial situation. To gauge participants’ academic abilities, they examined a combination of validated measures for mathematics, reading, and intelligence, combined with ratings from teachers and parents.

The researchers also accounted for several variables that might otherwise influence outcomes in childhood and adulthood, including birth weight, maternal prenatal health, and parental education and social class.

“What is perhaps most surprising is that most of the children we studied were not very preterm—born, on average, only 5 weeks early — and still we find these long lasting effects,” says psychological scientist Maartje Basten, a co-author.

While the overall size of the effects observed in the study are small, the fact that these effects emerge at all after four decades is remarkable, the researchers argue. They note that the rate of preterm births has increased in recent years, and data from children born in just the last decade indicate that preterm birth continues to be a risk factor for decreased cognitive functioning and lower academic achievement.

“Our previous research has shown that teachers and educational psychologists receive no training on needs of preterm children. They have little knowledge of the specific difficulties that preterm children have with learning and attention,” says Wolke. “Providing this knowledge and developing appropriate interventions could make a big difference for many preterm children and improve their life chances.”