Greater life satisfaction in adults older than 50 years old is related to a reduced risk of mortality, according to new findings published in Psychological Science, a journal of the Association for Psychological Science. The study, involving nearly 4,500 people who were followed for up to 9 years, also revealed that variability in life satisfaction across time increases risk of mortality, but only among less satisfied people. 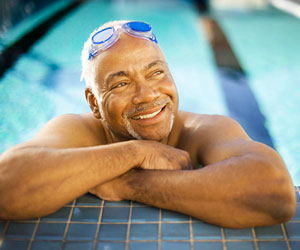 “Although life satisfaction is typically considered relatively consistent across time, it may change in response to life circumstances such as divorce or unemployment,” said Julia Boehm, assistant professor of psychology at Chapman University.

“Some people may adapt more readily to new situations and thus appear to have relatively stable life satisfaction, and others may not adapt as quickly. If people repeatedly encounter distressing life events that diminish their life satisfaction, then fluctuations in lower levels of satisfaction seem to be particularly harmful for longevity.”

Taken together, the findings suggest that fluctuating levels of life satisfaction matter for mortality risk only when life satisfaction is also relatively low. Extreme variability in psychological states is often associated with mental-health disorders, so considering the variability in psychological characteristics can add insight into health-related outcomes such as longevity.

Study co-authors include Ashley Winning and Laura Kubzansky of Harvard University and Suzanne Segerstrom of the University of Kentucky.

Support for this research was provided by the Robert Wood Johnson Foundation through a grant to the Positive Psychology Center of the University of Pennsylvania (“Exploring the Concept of Positive Health,” Martin Seligman, project director). Additional support was provided by National Institute on Aging Grant K02-033629. The Household, Income and Labour Dynamics in Australia Survey was initiated and is funded by the Australian Government Department of Families, Housing, Community Services and Indigenous Affairs (FaHCSIA) and is managed by the Melbourne Institute of Applied Economic and Social Research (Melbourne Institute).

High levels of the trait neuroticism are linked with lower risk of death for people who say they’re in fair or poor health, data from 500,000 UK residents show.

Although thinking about dying can cause considerable angst, research suggests that the actual emotional experiences of the dying are both more positive and less negative than people expect