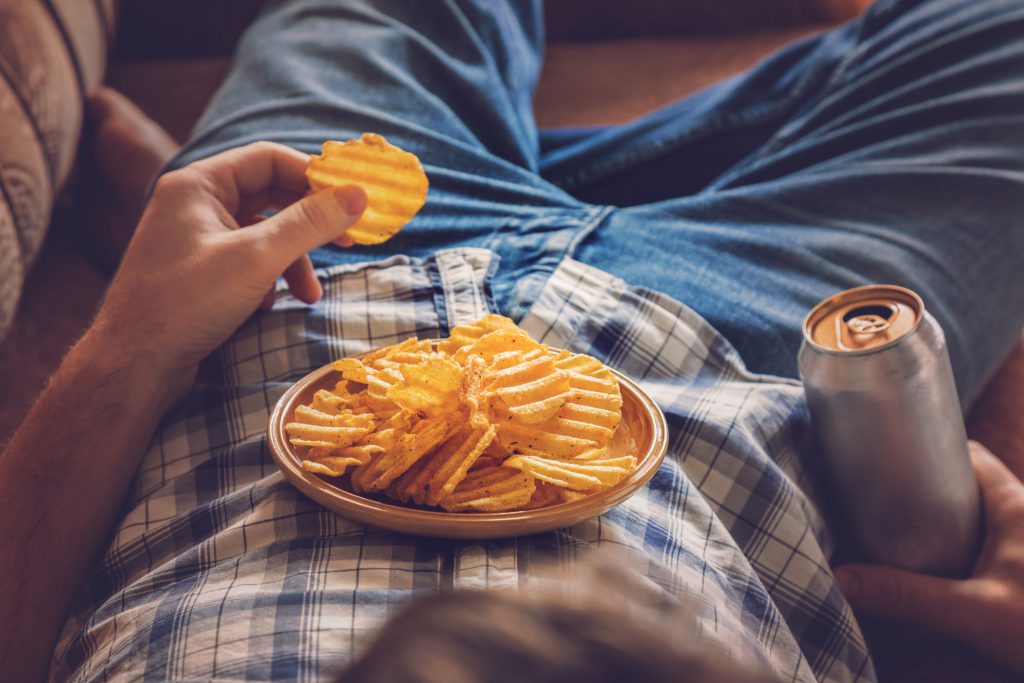 Activity in areas of the brain related to reward and self-control may offer neural markers that predict whether people are likely to resist or give in to temptations, like food, in daily life, according to research in Psychological Science.

“Most people have difficulty resisting temptation at least occasionally, even if what tempts them differs,” say psychological scientists Rich Lopez and Todd Heatherton of Dartmouth College, authors on the study. “The overarching motivation of our work is to understand why some people are more likely to experience this self-regulation failure than others.”

The research findings reveal that activity in reward areas of the brain in response to pictures of appetizing food predicts whether people tend to give in to food cravings and desires in real life, whereas activity in prefrontal areas during taxing self-control tasks predicts their ability to resist tempting food.

Lopez and colleagues used functional MRI (fMRI) to explore the interplay between activity in prefrontal brain regions associated with self-control (e.g., inferior frontal gyrus) and subcortical areas involved in affect and reward (e.g., nucleus accumbens), and to see whether the interplay between these regions predicts how successful (or unsuccessful) people are in controlling their desires to eat on a daily basis.

For the first task, the participants were presented with various images, including some of high-calorie foods, like dessert items, fast-food items, and snacks. The participants were simply asked to indicate whether each image was set indoors or outdoors — the researchers were specifically interested in measuring activity in the nucleus accumbens in response to the food-related images.

For the second task, the participants were asked to press or not press a button based on the specific cues provided with each image, a task designed to gauge self-control ability. During this task, the researchers measured activity in the inferior frontal gyrus (IFG).

The fMRI scanning session was followed by 1 week of so-called “experience sampling,” in which participants were signaled several times a day on a smartphone and asked to report their food desires and eating behaviors. Any time participants reported a food desire, they were then asked about the strength of the desire and their resistance to it. If they ultimately gave in to the craving, they were asked to say how much they had eaten.

As expected, participants who had relatively higher activity in the nucleus accumbens in response to the food images tended to experience more intense food desires. More importantly, they were also more likely to give in to their food cravings and eat the desired food.

The researchers were surprised by how robust this association was:

“Reward-related brain activity, which can be considered an implicit measure, predicted who gave in to temptations to eat, as well as who ate more, above and beyond the desire strength reported by participants in the moment,” say Lopez and Heatherton. “This could help to explain a previous finding from our lab that people who show this kind of brain activity the most are also the most likely to gain weight over six months.”

But brain activity also predicted who was more likely to be able to resist temptation: Participants who showed relatively higher IFG activity on the self-control task acted on their cravings less often.

“Taken together, the results from the present study provide initial evidence for neural markers of everyday eating behaviors that can identify individuals who are more likely than others to give in to temptations to eat,” the researchers write.

Lopez, Heatherton, and colleagues are currently conducting studies focused on groups of people who are especially prone to self-regulation failure: chronic dieters.

They’re investigating, for example, how dieters’ brains respond to food cues after they’ve exhausted their self-control resources. The researchers hypothesize that depleting self-control may heighten reward-related brain activity, effectively “turning up the volume on temptations,” and predicting behaviors like overeating in daily life.

“Failures of self-control contribute to nearly half of all death in the United States each year,” the researchers note. “Our findings and future research may ultimately help people learn ways to resist their temptations.”

In addition to Lopez and Heatherton, co-authors include Wilhelm Hofmann of the University of Cologne and Dylan D. Wagner and William M. Kelley of Dartmouth College.

When it comes to self-control, young children are better able to resist temptation and wait for greater rewards if they take into consideration the opinions of others.