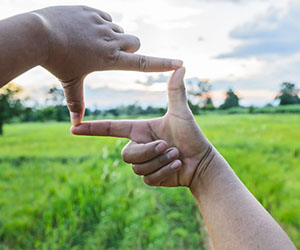 New research focuses on a fundamental human habit: When trying to explain something (why people give roses for Valentine’s Day, for example), we often focus on the traits of the thing itself (roses are pretty) and not its context (advertisers promote roses). In a new study, researchers found that people who tend to focus on “inherent traits” and ignore context also are more likely to assume that the patterns they see around them are good.

“The way we explain the world around us influences our beliefs about right and wrong,” said University of Illinois graduate student Christina Tworek, who conducted the study with psychology professor Andrei Cimpian. “People have a strong tendency to think the status quo is good, so things that are outside the norm are viewed in a negative light,” she said. “We wanted to understand how that happens. How do people go from what is to what ought to be?”

In a series of five experiments, three with adults and two with 4- to 7-year-old children, the researchers tested participants’ tendency to equate what most people do with what is “good” or what they “should do.”

The subject matter often involved commonplace activities, such as eating pizza, drinking coffee, gift-giving or the length of a man’s hair.

The researchers also manipulated study subjects’ explanations, leading them to focus on either inherent traits or external factors.

“We were testing whether this tendency to use the status quo as a moral guide was related to the tendency to explain by relying on inherent characteristics,” Tworek said.

“We found that adults and children who were most likely to explain by looking at the inherent features of the thing also were more likely to think, ‘Yes, the way things are is good,’” Cimpian said.

When participants were exposed to information about external factors, they became more flexible in the way they thought about the status quo, Cimpian said.

For example, in one experiment, adults read statements about why paper money is rectangular (“a historical happenstance”) or why people give flowers on Valentine’s Day (“because of effective advertising and marketing by florists”). After reading such statements, participants “were less likely to think that the way things are is good, less likely to think that we should do things exactly the way we’ve been doing them,” Cimpian said.

All data and materials have been made publicly available via Open Science Framework and the plan for Study 2 was registered at Aspredicted.org. The complete Open Practices Disclosure for this article can be found online. This article has received badges for Open Data, Open Materials, and Preregistration. More information about the Open Practices badges can be found via OSF and Psychological Science.