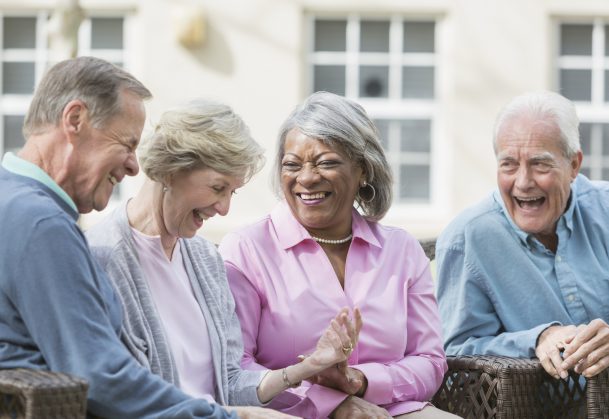 Psychological well-being has been linked to many important life outcomes, including career success, relationship satisfaction, and even health. But it’s not clear how feelings of well-being change as we age, as different studies have provided evidence for various trends over time.

Psychological scientist Angelina R. Sutin of Florida State University College of Medicine conducted the study while at the National Institute on Aging (NIA) at the National Institutes of Health (NIH), where she remains a guest researcher. She and colleagues at NIA predicted that people in the same “birth cohort” — born around the same time — may have had unique experiences that shape the way they evaluate happiness and optimism. They hypothesized that the level of well-being a person reports would, therefore, vary according to his or her birth year.

Using two large-scale longitudinal studies, NIH’s Baltimore Longitudinal Study of Aging (BLSA) and the CDC’s National Health and Nutrition Examination Survey (NHANES), Sutin and colleagues looked at data from several thousand people over 30 years, including over 10,000 reports on well-being, health, and other factors.

When the researchers analyzed the data across the whole pool of participants, older adults had lower levels of well-being than younger and middle-aged adults.

But when Sutin and her colleagues analyzed the same data while taking birth cohort into account, a different trend appeared: Life satisfaction increased over the participants’ lifetimes. This trend remained even after factors like health, medication, sex, ethnicity, and education were taken into account.

So what explains the different results?

While life satisfaction increased with age for each cohort, older birth cohorts — especially people born between 1885 and 1925 — started off with lower levels of well-being in comparison to people born more recently. Looking at life satisfaction across all of the participants, regardless of when they were born, obscures the fact that each cohort actually shows the same underlying trend.

Sutin and colleagues point out that the level of well-being of cohorts born in the early part of the 20th century, particularly those who lived through the Great Depression, was substantially lower than the level of well-being of cohorts who grew up during more prosperous times. The greater well-being of more recent cohorts could be the result of economic prosperity, increased educational opportunities, and the expansion of social and public programs over the latter half of the 20th century.

According to the researchers, these findings may have important implications for today’s younger generations.

“As young adults today enter a stagnant workforce, the challenges of high unemployment may have implications for their well-being that long outlast the period of joblessness. Economic turmoil may impede psychological, as well as financial, growth even decades after times get better.”

Science explores the formidable link between our earliest life experiences and our health in old age. More

The powerhouse of the cell could also hold the secrets to healthy aging. More