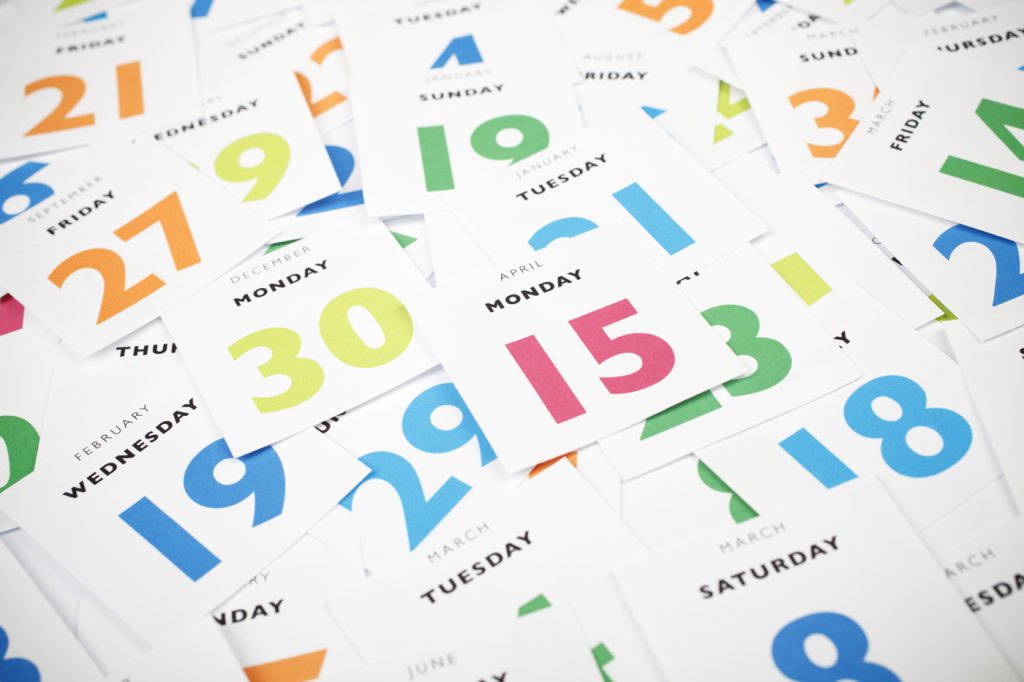 People starting to plan for retirement or other big goals should pull out a calculator and multiply the years ahead by 365. Measuring time in days instead of months, or months instead of years, can make future events seem closer and thus more urgent, according to research published in Psychological Science.

When units of time were manipulated to bring important events closer to the forefront psychologically, people reported that they should start to plan and save significantly earlier, even when future events were described as being tens of thousands of days away.

“This is a new way to think about reaching goals that does not require willpower and is not about having character or caring,” explains psychological scientist and lead researcher Daphna Oyserman of the University of Southern California.

Oyserman and co-author Neil Lewis Jr. devised a series of seven studies using diverse methods to investigate the relationship between metrics of time and taking action to reach a goal.

First, the researchers assessed how changing the units of time might affect estimates of when an event would occur once preparations were underway.

In two studies, the researchers recruited a total of 162 participants (either online or on a college campus) and asked them to read six scenarios — three with time metrics and three without time metrics. For the time-metric scenarios, participants imagined that they were shopping, studying, or carrying out other tasks in preparation for various events — a birthday party, presentation, wedding, exam — and were asked to report how long it would be until those events occurred.

A subsequent series of studies evaluated whether the time metric would influence participants’ plans to take action and, if so, whether it was because the shifting metrics helped people to connect their future to their present selves. Adults in the United States were recruited to participate in an online study, yielding more than 1100 participants across four studies. In each study, the vast majority of participants had some college education.

The results showed that the time metric affected plans for action: Participants planned to start saving four times sooner in the “days” condition compared with the “years” condition, even after age, income and education were accounted for.

The data suggest that the critical factor underlying the effect was whether participants felt connected with their future selves, which fostered congruence between the future and the present.

Thus, if the future “us” is more like the present “us” (only older), it may help us put aside present-day rewards (spending) in favor of future rewards (saving).

The researchers conclude that people may be able to get themselves working toward goals earlier by using smaller time metrics to feel closer to their future selves.  When that happens, says Oyserman, “investing in the future does not seem like a sacrifice.”

This particular trick of time, she adds, “may be useful to anyone needing to save for retirement or their children’s college, to start working on a term paper or dissertation, pretty much anyone with long-term goals or wanting to support someone who has such goals.”

The team is continuing to study ways to make the future feel closer in order to influence other kinds of outcomes, including environmentally responsible behaviors.

All materials have been made publicly available via Open Science Framework and can be accessed at https://osf.io/8qkia/. The complete Open Practices Disclosure for this article can be found at http://pss.sagepub.com/content/by/supplemental-data. This article has received the badge for Open Materials. More information about the Open Practices badges can be found at https://osf.io/tvyxz/wiki/view/ and http://pss.sagepub.com/content/25/1/3.full.

When events feel more urgent, action seems to be taken quicker and more seriously. Taking time to focus in on the reality that most events are not as far off as we anticipate can hopefully encourage us to start planning now and help eliminate stress in the future.

Good article, great reminder that planning and sticking to goals will not only make us feel better now but in future.

Good article. I will start on this today.