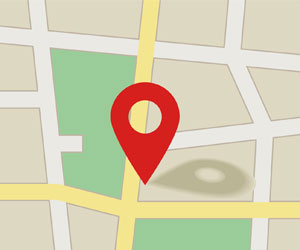 Women underperform on spatial tests when they don’t expect to do as well as men, but framing the tests as social tasks eliminates the gender gap in performance, according to new findings published in Psychological Science, a journal of the Association for Psychological Science.

The results show that women performed just as well as their male peers when the spatial tests included human-like figures.

“Our research suggests that we may be underestimating the abilities of women in how we measure spatial thinking,” says postdoctoral researcher Margaret Tarampi of the University of California, Santa Barbara. “Given findings that entry into and retention in STEM disciplines is affected by our measures of spatial ability, we may be disproportionately limiting the accessibility of these fields to women because of the ways that we are measuring spatial abilities.”

Previous work on spatial thinking has provided some evidence that men are, on average, better than women at certain spatial tasks, such as imagining what an object would look like if it were rotated a specific way. But Tarampi and colleagues Nahal Heydari, a former UCSB undergraduate student, and Mary Hegarty, professor of psychological and brain sciences at UCSB, noticed that little research had investigated whether gender differences exist when it comes to spatial perspective-taking. The researchers were intrigued because being able to imagine objects and environments from another perspective is an ability that we use every day, in tasks such as reading maps, giving directions, and playing video games.

Although the existing gender stereotype about spatial ability suggested that men might be better at spatial perspective-taking than women, Tarampi and colleagues noted that the skill could also be thought of as a test of social ability or empathy, which women are typically thought to be better at.

“These expectations based on stereotypes seem to be at odds with each other,” Tarampi explains. The research team devised a series of experiments to investigate whether men’s and women’s perspective taking performance fell in line with either stereotype.

In one test, the students saw a picture that included an array of objects, such as a house, a stop sign, a cat, a tree, and a car. They might be told, for example, to imagine standing at the cat, facing in the direction of the tree, while pointing to the car. Below that image, they saw a diagram of a circle with “cat” at the center and an arrow pointing to “tree” – they were asked to draw a second arrow to indicate the direction of the car.

Importantly, some of the students received a “social” version of the task, in which the starting point was a person instead of an object.

In the second test, the students were shown a map, with a path marked on it. They were told to imagine walking along that path and write an “R” or “L” at each turn, to indicate the direction they would be turning in. Again, some students received a social version of the test, in which a little person was shown at every corner.

In line with spatial stereotypes, women performed worse than men on the “spatial” versions of the tests.

But this gap in performance was completely eliminated when the tests were framed as social in nature.

Two additional experiments revealed that simply including the human figure was sufficient to eliminate the gender difference on both tasks, while framing the tests as social tasks only eliminated the gap on the road map test.

“These findings encourage researchers to question the nature of how we measure ability,” Tarampi says. “Starting from different theoretical backgrounds can lead to unintentional differences in approaches — in this case, centered on the inclusion or exclusion of social factors — which in turn bias the results.”

All materials have been made publicly available via the Open Science Framework and can be accessed at https://osf.io/7qu6s/. The complete Open Practices Disclosure for this article can be found at http://pss.sagepub.com/content/by/supplemental-data. This article has received the badge for Open Materials. More information about the Open Practices badges can be found at https://osf.io/tvyxz/wiki/1.%20View%20the%20Badges/ and http://pss.sagepub.com/content/25/1/3.full.