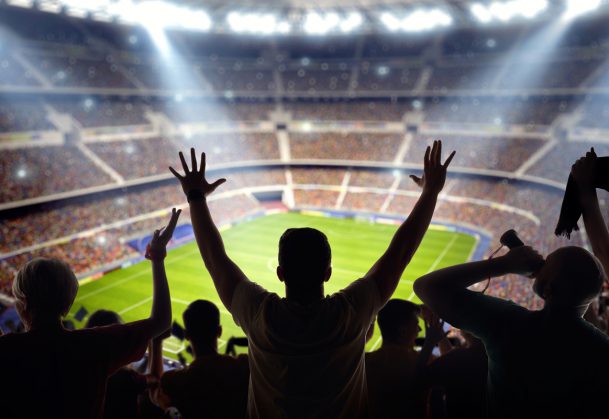 The pomp. The pageantry. The exciting wins and devastating losses. Unbelievable feats of athleticism and sheer determination. That’s right – it’s time for the winter Olympics in Sochi, Russia. Everyone has their picks for who will take gold medals and we’re likely to see some unexpected upsets.

But there are certain athletes that may have a leg up on everyone else: the Russians.

In a new article, psychological scientists Mark S. Allen of London South Bank University and Marc V. Jones of Staffordshire University review the existing research on sports and athletic competition and find that there is scientific support for the idea of a “home field advantage.”

Allen and Jones investigate two different models that have been proposed to account for the apparent advantage of playing on home turf: the standard model and the territoriality model.

The standard model includes several factors that can influence the psychological states of competitors, coaches, and officials, ultimately impacting their behavior in ways that tend to favor home athletes.

Research shows, for example, that larger home crowds that show encouraging behavior, like cheering, are linked with home-team success. Crowd noise may even impact the kinds of decisions that officials make: When the home crowd is noisy, officials are more likely to make discretionary decisions (such as awarding extra time) that favor the home team and dole out harsher punishments (such as warnings) for the away team.

The territoriality model, on the other hand, specifically frames the home advantage as a reflection of players’ natural tendency to defend their home turf.

One study, for example, found that soccer players showed significantly higher testosterone levels before home games than before away games and neutral training sessions. And additional research suggests that increased testosterone may benefit athletic performance through physical aggression and motivation to compete, though the relationship between testosterone and performance needs to be further investigated in the context of competitive sport.

But, as Allen and Jones point out, playing at home may come with certain disadvantages, as well.

Research indicates that cortisol, a stress hormone, is higher when performing at home, adding to self-report data that athletes feel increased pressure to succeed in front of their own fans. Studies show that in high-pressure, high-importance situations, athletes may shift their attention in an effort to control typically automatic movements. This conscious control often leads to worse performance, a phenomenon commonly referred to as “choking.”

Each of the home-field advantage models has evidence to support their main premises, but it’s still unclear how, or whether, they fit together. And more work is needed to understand the specific psychological mechanisms that drive behavior, attention, and stress responses.

Such work “would elucidate under what circumstances, and how, competing at home can enhance (and occasionally harm) athlete and team performance,” Allen and Jones conclude.

So, will the Russians feed off the energy of their home crowd and rack up the medals? Or will they suffer from the pressure of having to live up to the expectations of their countrymen? We’ll have to watch to find out!