News > Latest Research News > At What Age Does Hard Work Add a Shine to Lousy Prizes? 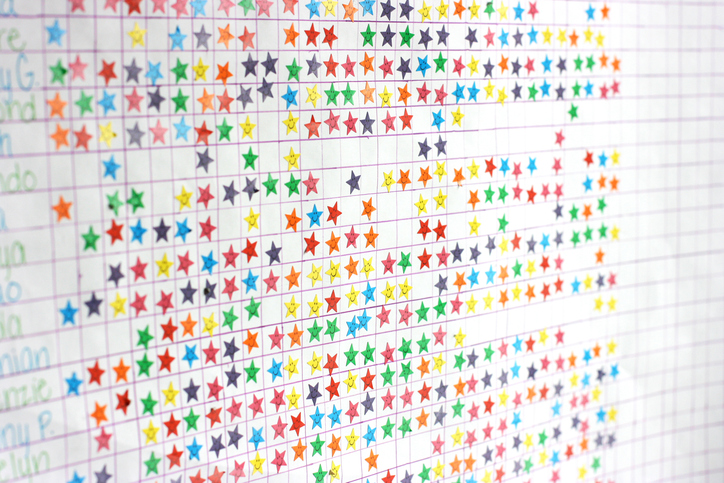 Putting in a lot of effort to earn a reward can make unappealing prizes more attractive to kindergartners, but not to preschoolers, according to research published in Psychological Science, a journal of the Association for Psychological Science. The findings revealed that when 6-year-olds worked hard to earn stickers that they ultimately didn’t like, they were loath to give them up, whereas 4-year-olds were comparatively eager to give the unappealing stickers away.

“We found this dissonance to occur already among 4- and 6-year-olds. Whereas 6-year-olds reduced the dissonance by keeping their rewards and boosting its value afterwards, 4-year-olds took quite a different approach and detached themselves from the source of the discomfort by getting rid of the unsatisfying rewards.”

Benozio and co-author Gil Diesendruck recruited 45 preschool-aged (roughly 4 years old) and 53 kindergarten-aged (about 6 years old) to participate in the study. The children were told that they would be able to earn stickers by completing various tasks. Children who were randomly assigned to a high-effort group earned stickers by performing tasks that included counting as high as they could and reciting as much of the alphabet as they could. Children in the low-effort group earned stickers by answering basic questions, such as “How old are you?” and “What is the name of your teacher?”

All of the children ultimately earned 10 stickers. They were then told they would be playing a “stickers game,” in which they had to decide how many stickers they wanted to give to a child they had seen in a video. The researcher explained that they could choose to give as many or as few stickers as they wanted.

Intriguingly, effort didn’t seem to influence 4-year-olds’ decision making. When the stickers were attractive, they gave away roughly the same percentage regardless of how hard they had worked to earn them. And the 4-year-olds actually gave away significantly more unattractive stickers when they had been hard to get compared to when they were easily earned.

The researchers replicated these findings with another group of children who were simply told to give stickers to a box, suggesting that social concerns like altruism and generosity did not account for their behavior.

Together, the findings suggest that 6-year-olds, just like adults, tend to employ a cognitive strategy to accommodate the knowledge that they worked hard to earn an unattractive reward. Specifically, they translated their effort into value, choosing to keep more of the unappealing, hard-to-get stickers for themselves.

The 4-year-olds, on the other hand, seemed to make use of a behavioral strategy that involved distancing themselves from the offending stickers, choosing simply to part with more of them.

“The relationship between people and their ‘stuff’ is intriguing but the subjective value children attribute to resources has been somewhat overlooked,” says Benozio. “Our research suggests that behaviors that appear to benefit another person – such as sharing stickers — may actually stem from the relationship that a child has with that object, regardless any potential beneficiary.”

This research was funded by the Israel Foundation Trustees (Grant No. 30).

News > Latest Research News > At What Age Does Hard Work Add a Shine to Lousy Prizes?