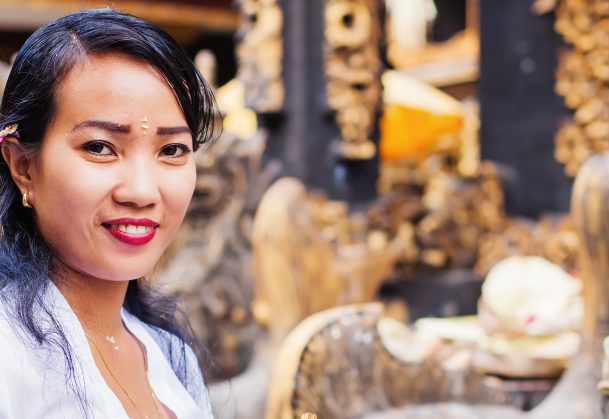 It seems reasonable that people would want to maximize various aspects of life if they were given the opportunity to do so, whether it’s the pleasure they feel, how intelligent they are, or how much personal freedom they have. In actuality, people around the world seem to aspire for more moderate levels of these and other traits, according to findings published in Psychological Science, a journal of the Association for Psychological Science.

“Our research shows that people’s sense of perfection is surprisingly modest,” says psychological scientist Matthew J. Hornsey of the University of Queensland, first author on the research. “People wanted to have positive qualities, such as health and happiness, but not to the exclusion of other darker experiences – they wanted about 75% of a good thing.”

Furthermore, people said, on average, that they ideally wanted to live until they were 90 years old, which is only slightly higher than the current average life expectancy. Even when participants imagined that they could take a magic pill guaranteeing eternal youth, their ideal life expectancy increased by only a few decades, to a median of 120 years old. And when people were invited to choose their ideal IQ, the median score was about 130 – a score that would classify someone as smart, but not a genius.

“Interestingly, the ratings of perfection were more modest in countries that had traditions of Buddhism and Confucianism,” says Hornsey. “This makes sense — these Eastern philosophies and religions tend to place more emphasis on the notion that seemingly contradictory forces coexist in a complementary, interrelated state, such that one cannot exist without the other.”

In one study, Hornsey and colleagues analyzed data from a total of 2,392 participants in Australia, Chile, China, Hong Kong, India, Japan, Peru, Russia, and the United States. The researchers classified China, Hong Kong, India, and Japan as holistic cultures, predominantly influenced by religions or philosophies (such as Buddhism, Hinduism, or Taoism) that emphasize a more holistic worldview. They classified the other five regions – Australia, Chile, Peru, Russia, and the United States – as nonholistic cultures.

Using a scale that ranged from 0 (none) to 100 (maximum), participants indicated their ideal levels of health, individual freedom, happiness, pleasure, and self-esteem. They used the same scale to rate ideal levels of societal characteristics, such as morality, equality of opportunity, technological advancement, and national security.

In general, participants tended to rate their ideal levels of individual characteristics to be about 70-80%, although there was some variation across the traits. For example, many more participants chose to maximize health than chose to maximize happiness. Participants’ ideals were also relatively modest for both intelligence and longevity, even when there were no limits on the levels they could choose.

A second study with 5,650 participants in 27 countries produced a similar pattern of results. Importantly, this study showed that participants from the Philippines and Indonesia – regions that are collectivist but not holistic – reported ideal levels of individual traits that were similar to those of participants from other nonholistic countries. This finding suggests that the difference between holistic and nonholistic cultures is unlikely to be explained by differences in collectivism.

In both studies, the researchers found no crosscultural differences in ideal levels of societal characteristics.

“This principle of maximization is threaded through many prominent philosophical and economic theories,” Hornsey notes. “But our data suggest that people have much more complex, blended notions of perfection, ones that embrace both light and dark.”

News > Latest Research News > Around the World, People Have Surprisingly Modest Notions of the Ideal Life

I come from the island of Malta and I wonder whether there are any statistically significant differences between participants coming from big countries and small ones like Malta.