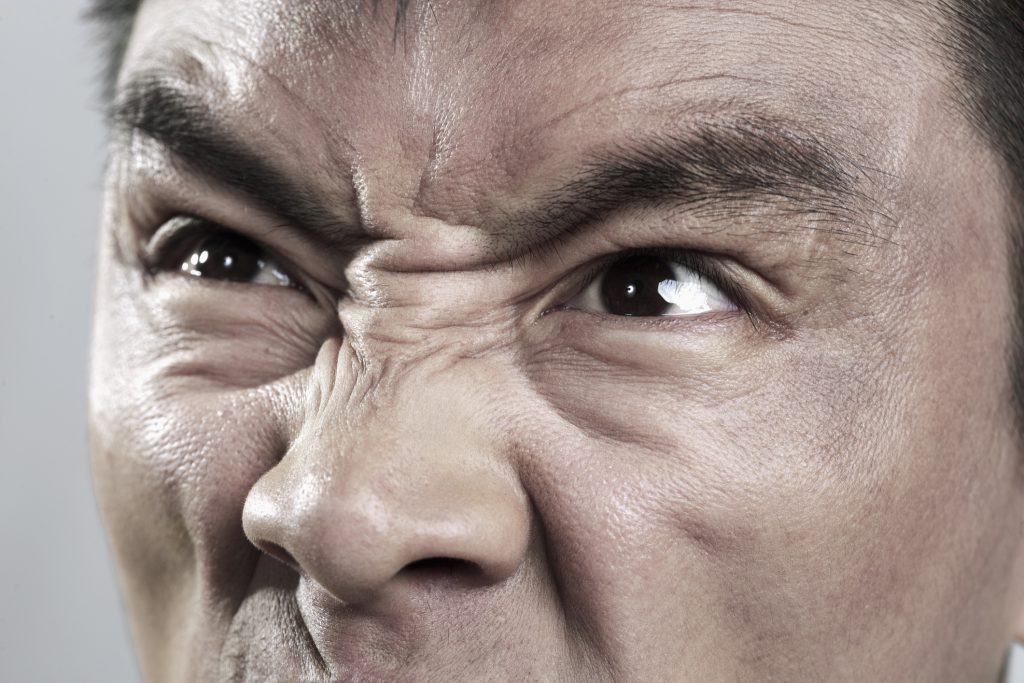 We’ve all been on the receiving end of an angry glare, whether from a teacher, parent, boss, or significant other. These angry expressions seem to boost the effectiveness of threats without actual aggression, according to research published in Psychological Science, a journal of the Association for Psychological Science.

The research findings show that angry expressions lend additional weight to a negotiator’s threat to walk away from the table if his or her demands aren’t met, leading the other party in the negotiation to offer more money than they otherwise would have.

“Our facial expressions are relatively more difficult to control than our words,” says psychological scientist Lawrence Ian Reed, first author on the research. Because they’re harder to control, these expressions serve as a believable outward indication of a person’s motivations.

“In this way, facial expressions can carry the weight of our words,” says Reed.

Each party involved in a negotiation goes in with the aim of getting exactly what they want, but they also have a vested interest in making sure that their demands are seen as credible so that the talks don’t fall apart.

Reed and colleagues Peter DeScioli of Stony Brook University and Steven Pinker of Harvard University hypothesized that angry expressions may lend this credibility, helping to back up negotiators’ threats to walk away from the table if they don’t receive what they want. But, they hypothesized, expressions of anger wouldn’t lend additional credibility to demands that already seem fair (e.g., a 50-50 split).

The clips were accompanied by a written demand for either an equal cut of 50% or a larger cut of 70%, (which would leave only 30% for the proposer).

After they saw the threat, the proposers were asked to state their offer.

The data revealed that the responder’s facial expression did have an impact on the amount offered by the proposer, but only when the responder demanded the larger share.

That is, proposers offered more money if the responder showed an angry expression compared to when they showed a neutral expression, but only when the responder demanded 70% of the take.

Facial expression had no influence on proposers’ offers when the responder demanded an equal share, presumably because the demand was already viewed as credible.

Interestingly, proposers offered greater amounts in response to angry facial expressions compared to neutral expressions even when they were told that they belonged to a “typical responder,” rather than their specific partner.

The researchers were surprised at how robust the effect was, despite the experimental setting:

“We created our anger expression by filming a deliberately posed expression rather than a spontaneously emitted one,” says Reed. “We were surprised to find that the expression had an effect even though it was literally faked.”

The findings, Reed argues, have broad relevance to all kinds of negotiations:

“The idea that bargaining offers are mediated in part by emotions and motivations speaks towards the importance of emotions and their expression in any bargaining situation. These include not only the division of resources, but also in buying a car or house, and/or disciplining students or children.”