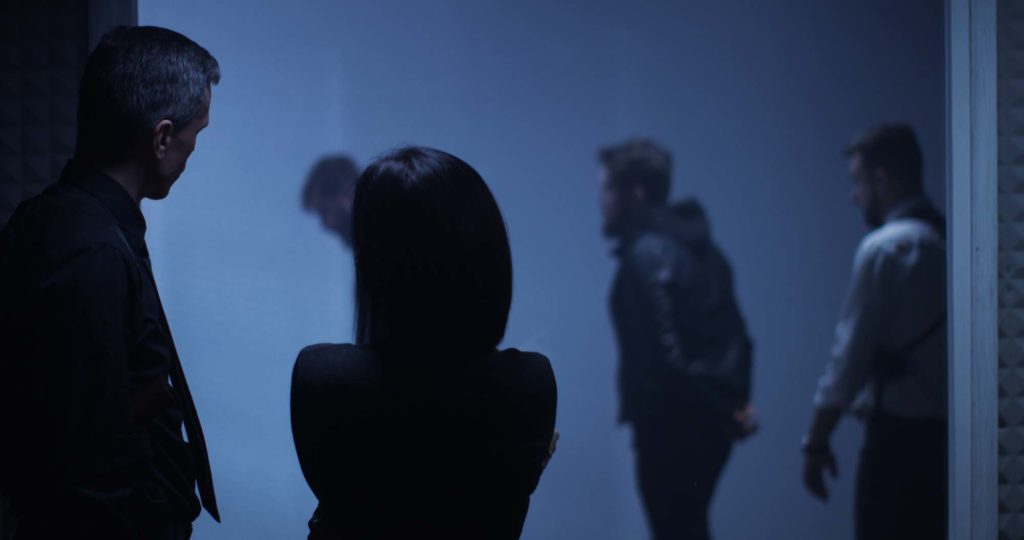 Summary: To prevent wrongful convictions, only the first identification of a suspect should be considered, according to the latest issue of Psychological Science in the Public Interest.

We all know the scene from countless courtroom dramas: A witness points at the defendant and confidently declares to judge and jury: “That’s the one, that’s who did it!” But is it? Perhaps—if that same witness was also confident the very first time their memory was tested, write a team of psychological scientists and criminologists led by memory expert John Wixted of the University of California San Diego. Otherwise, there’s too high a chance that a contaminated memory will convict an innocent person.

As most of us also know, people have been convicted of crimes they didn’t commit on the basis of eyewitness memory. Some of these wrongful convictions have later been overturned by DNA or other physical evidence. But that type of evidence doesn’t always exist. To reduce the likelihood of injustice, the researchers suggest a simple, no-cost reform to our system of jurisprudence. “Test a witness’s memory of a suspect only once,” the researchers urge in a paper published by Psychological Science in the Public Interest, a journal of the Association for Psychological Science.

In their paper, Wixted and his co-authors—Gary Wells of Iowa State University, Elizabeth Loftus of UC Irvine, and Brandon Garrett of the Duke University School of Law—explain how many wrongful convictions of innocent prisoners in which a witness conclusively identified the defendant in court began with something other than a conclusive initial eyewitness identification.

It’s not that witnesses are vindictive or malicious, or that anyone else in the process is either. Nor is eyewitness memory so hopelessly faulty that it shouldn’t be admitted as evidence at all. But the system of jurisprudence ignores the confidence with which first identifications are made and relies too often on subsequent identifications, and usually the very last one made in the courtroom. At that point—at trial, perhaps a year or more after the crime has been committed—witnesses have usually become so familiar with a suspect’s face that they are certain they’re remembering it. And in fact, they are remembering—but very possibly not from the time the crime was committed. Rather, they’re remembering having seen the person in a lineup (sometimes multiple times) or even on news or social media.

“Memory is malleable,” Wixted said. “And because it’s malleable, we must avoid repeated identification procedures with the same witness and suspect. This recommendation applies not only to additional tests conducted by police investigators but also to the final test conducted in the courtroom.”

In their paper, the researchers describe the latest science on eyewitness memory, including findings based on signal detection theory, elaborative processing, and source misattribution. To make a decision about a face in a lineup (signal detection theory), the witness has to compare that face to their memory of the perpetrator (elaborative processing). Doing so automatically creates a memory of that face. Even if the initial decision is “no, that is not him,” the face will seem more familiar on any later test. Often, the witness loses sight of the fact that the face is familiar because of the previous lineup test and comes to attribute the familiarity to the belief that it is in fact the face of the perpetrator (source misattribution).

The researchers also detail three real-life cases to underscore the theoretical and experimental points: the cases of John Jerome White and Steven Gary Titus, both of whom were convicted of rape on the basis of witness memories and whose convictions were later overturned, and the case of Charles Don Flores.

The Flores case is especially instructive, Wixted said. It inspired him to assemble the research team for this paper—outlining the latest scientific understanding of eyewitness memory and calling for reform.

On January 29, 1998, in a suburb of Dallas, two men entered the home of Elizabeth Black, who was later found shot dead. A neighbor who saw the men enter Black’s home shortly before the murder became a key witness. When the police captured suspected triggerman Richard Childs, the witness immediately identified Childs from a photo lineup as one of the two men she saw that morning. Childs also confessed to the murder and was sentenced to 35 years in prison. The police suspected Flores as the accomplice because he was engaged in a drug deal with Childs only hours before the murder, and at his 1999 trial, the same witness confidently identified Flores as the other man she saw enter her neighbor’s house. However, on the day of the crime in January of 1998, the witness told police that the accomplice was a white male with shoulder-length hair. After being hypnotized to calm her nerves, she helped to make a composite sketch of the perpetrator with a police artist. Consistent with her initial description, the sketch was that of a white male with shoulder-length hair. The police then showed her a photo lineup containing Flores—a Hispanic male with a crew cut—along with five similar-looking Hispanic males. She rejected the lineup, presumably because none of the faces even remotely matched her memory of the accomplice. Yet, Wixted said, while examining the faces on that first and only uncontaminated test of her memory for Flores, she became unavoidably familiarized with his face. By the time of the trial, she no longer had any doubt that he was the man she saw that morning.

The witness’s initial description of the accomplice and her rejection of the lineup mean that the eyewitness evidence in this case, properly understood, points in the direction of innocence, Wixted said. Instead, her confident courtroom testimony was interpreted as evidence of Flores’s guilt and helped persuade the jury to convict Flores. He has been on death row ever since, and a governor’s clemency now seems to be his last hope.

To hear more from John Wixted about the paper: “Under the Cortex” podcast from APS.

Wixted/PNAS on the importance of eyewitness confidence

For a copy of the research article and access to other Psychological Science in the Public Interest research findings, please contact:
Charles Blue - 202.293.9300