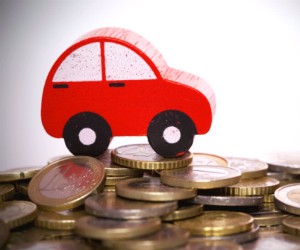 So, even if a driver is in a traditionally high-risk group, say teenage drivers, they can lower their insurance fees by demonstrating good behavior behind the wheel. Along with saving us money, new research from a team of psychological scientists at the University of Groningen shows that using PAYD devices also have the potential to make us safer drivers.

Decades of psychological research has shown that providing people with immediate feedback is one of the best ways to change behavior. But most PAYD systems don’t yet provide drivers with real-time feedback; instead, drivers have to log onto a website to see how their behavior is measuring up.

Lead researcher Chris Dijksterhuis and colleagues suspected that providing immediate feedback to drivers would be a more effective way of getting drivers to slow down and drive more safely.

To investigate this hypothesis, the research team recruited three groups of 20 participants each to participate in a driving simulator study. The immediate feedback group used an in-car PAYD system in the driving simulator. The web-feedback group received feedback on their driving via a website, which all of them viewed at least once in between driving sessions. Participants in the control condition were paid a small amount for their time, but received no feedback at all on their driving.

The participants in the two feedback conditions were told that they would receive extra cash payments depending on how they drove in the simulator. Participants were rewarded tiny amounts of money ($0.0015 per second) if they drove smoothly and did not break the speed limit. Conversely, if they broke the speed limit or they accelerated, braked, or cornered too rapidly, they lost $0.03 per second.

Participants came to a total of two driving simulator sessions a week apart. In each session, they drove in the simulator three times. The driving scenario involved driving through a variety of complex interactions with other cars, traffic, and urban driving within 30 minutes.

After each drive, participants were presented with a questionnaire and asked to provide the ratings on their experience with the PAYD system.

During the first drive, participants receiving immediate in-car feedback outperformed the delayed feedback group. Yet, after the web-feedback participants had a chance to review their driving information online, the difference between the two groups virtually disappeared.

However, Dijksterhuis and colleagues point out that people often won’t spend the time to log in to check their driving feedback on the website—even with a cash reward on the line.

“The results strongly imply that certainty of viewing feedback is a crucial factor for the effectiveness of a PAYD system and not its immediacy,” the researchers conclude in the journal Accident Analysis and Prevention.