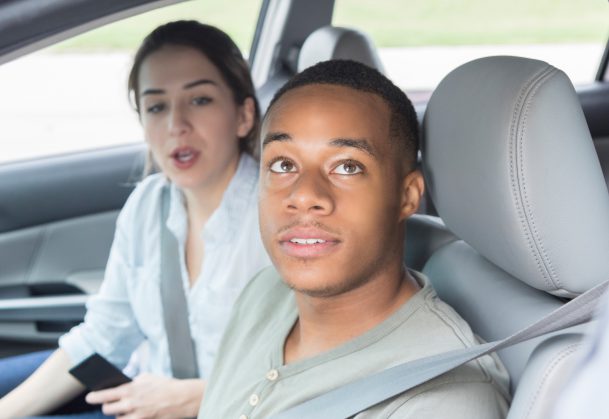 Records show that 32-year-old Philando Castile was stopped by police at least 46 times before he was killed by a police officer during another traffic stop in a suburb of St. Paul, Minnesota. Several recent investigations have shown that a disproportionate number of the motorists pulled over, fined, searched, and arrested by police during traffic stops are African American. Routine traffic stops over minor infractions, such as broken brake lights or a failure to signal, have led to a number of high-profile deaths of unarmed African American drivers at the hands of police—further fueling accusations of racial bias in policing.

Because traffic stops are one of the most common ways that individuals interact with the police, they also present an important opportunity to improve community relations between police and civilians. In a comprehensive research review published in Psychological Science in the Public Interest, researchers Tom Tyler, Phillip Goff, and Robert MacCoun highlight consistent empirical findings showing that police-community relations improve when police forces are viewed as legitimate.

“Perceiving policing as legitimate includes having opportunities for voice and participation in designing policing policies, experiencing decision making as neutral and unbiased, receiving respectful treatment during the implementation of those policies in the community, and trusting in the benevolence and sincerity of police in their dealings with the public,” Tyler, Goff, and MacCoun write.

A group of Stanford psychological scientists, led by APS Fellow Jennifer Eberhardt, has been working with the Oakland Police Department (OPD) on an evidence-based project designed to identify and remedy racial disparities in the community’s policing. Eberhardt is a faculty director of Stanford’s SPARQ Center (Social Psychological Answers to Real-world Questions), which partners psychological scientists with government, business, and nonprofits to address pressing community issues.

“In reporting our OPD stop data analyses, our team wanted to avoid the two approaches that many previous analysts have taken: either attack the department for presumably intentional racism, or deny the presence of racial disparities altogether. Instead, we wanted to use science to diagnose problems and prescribe solutions,” Eberhardt and colleagues explain. “Many police departments across the country now collect data on vehicle and pedestrian stops. We urge these law enforcement agencies to put those data to work to reveal some hard truths about racial inequality in policing.”

For the report, the research team analyzed traffic stop data obtained from Oakland police body cameras in 2013 and 2014. During this period, 28,119 traffic and pedestrian stops were recorded by 510 police officers. The results indicate significant racial discrepancies in the way Oakland community members were treated by the police in stops, searches, handcuffings, and arrests.

“At the same time, we found little evidence that these racial disparities arose from overt bias or purposeful discrimination. Instead, our research suggests that many subtle and unexamined cultural norms, beliefs, and practices sustain disparate outcomes,” the researchers write.

For example, an analysis of audio recordings from 380 traffic stops showed distinctive differences in the language that police used when speaking to White drivers compared to African American drivers.

“These results suggest that officers are more casual when talking to African American community members, using forms like hey as opposed to hello, and man as opposed to sir, and using informal forms like gonna, got to, and ain’t,” write Eberhardt and colleagues.

After statistically accounting for whether the encounter involved a search, the result of the stop, and the gender of the community member, the researchers found that police used more explanatory words with White drivers than they did with African Americans, suggesting that White drivers received a more detailed explanation of the reason for the traffic stop compared to African American drivers. Additionally, police officers used more severe legal language — mentioning probation, parole, and arrest far more often — when interacting with African American drivers.

Across police-initiated interactions, Eberhardt and colleagues found that “African American and Hispanic Oakland residents felt more disrespected and misunderstood than did White and Asian Oakland residents.”

Across hundreds of studies, researchers have demonstrated that when officers behave in ways that are more procedurally just, citizens are more likely to feel the police are legitimate and, in turn, those citizens are more likely to obey the law. One way for police in Oakland to improve their interactions with the community could be to adopt new procedures that encourage fair, respectful language during traffic stops.

During a series of experiments in Queensland Australia, Tom Tyler and colleagues found that by providing police with training on incorporating procedural fairness into their “scripts” for routine stops at drunk driving checkpoints, they were able to significantly improve the community’s perceptions of police.

A conversation between Jennifer L. Eberhardt and Linda R. Tropp on the links between intergroup contact and racial and ethnic relations. More

Research exploring factors that contribute to wrongful convictions reveals a path for addressing the serious consequences of wrongful incarceration. More