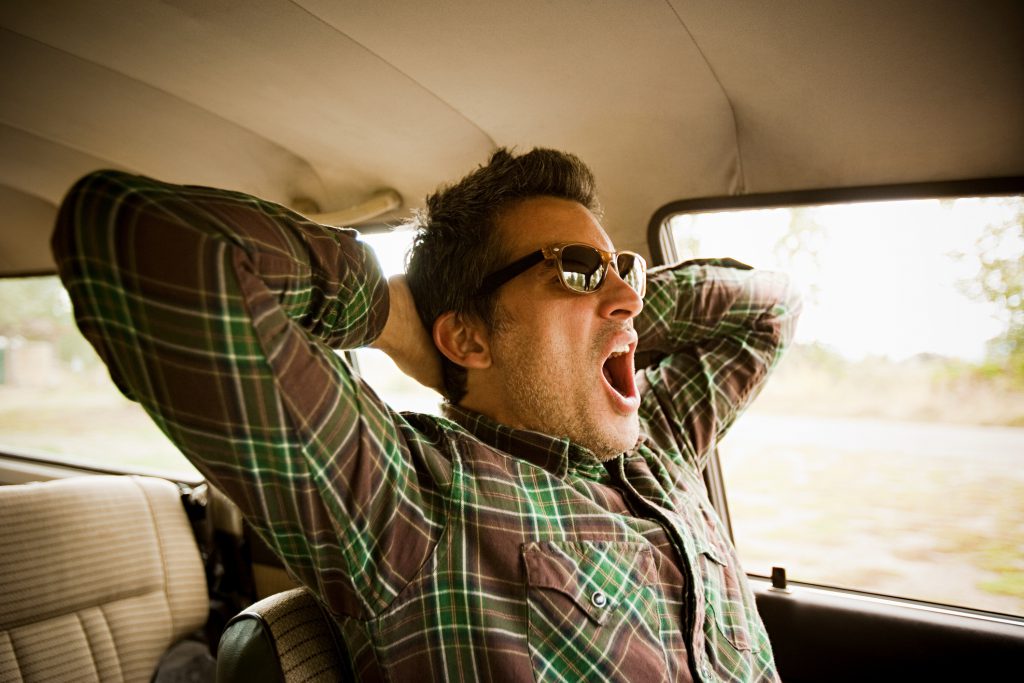 Autonomous vehicles promise benefits in lives saved on the road, congestion in cities, and time spent on commutes. But if you’re hoping that, 5 years from now, you will be able to nap while your self-driving car takes you to work, you’ll likely be disappointed.

Psychological scientists who study driving behavior have begun to focus their research on what happens to a driver inside an autonomous car. Many researchers have focused on the switch from autonomous to manual driving. These switches may come unexpectedly and during particularly tough driving situations, so making sure they can be made safely is important. There may never be an autonomous vehicle capable of driving through an inch of standing water, for example, even if someday they can navigate a wet highway.

This research builds on studies of boredom and monotony that psychological scientists have pursued in recent years. A 2012 research report in Perspectives on Psychological Science uncovered the boredom that results when we are disengaged from our internal or external environment and wish we could be engaged in something interesting. A 2015 report in the same journal details how mind-wandering and inattentiveness can result from both overstimulating environments and those that aren’t stimulating enough, like staring out of the window of an autonomous car.

Even with sophisticated driving-assist systems, like Tesla’s ‘Autopilot’ mode, cars will need a wide-awake, ready-to-drive human behind the wheel. While autonomous vehicles are tested extensively, there’s simply no telling when driving conditions or malfunctioning technology will require an old-fashioned push of the pedal and turn of the steering wheel.

Psychological scientists in Germany have recently demonstrated the effects of fatigue on travelers driving standard vehicles versus autonomous cars. Researchers Tobias Vogelpohl, Matthias Kühn, Thomas Hummel, and Mark Vollrath tested 60 drivers in a simulator and found that participants tired more quickly in autonomous-car conditions, especially when they were sleepy to begin with. Sleep-deprived drivers were slower than bored drivers in taking manual control of the vehicle in the simulator when rainy road conditions required them to drive.

The driving simulations involved four conditions. One group of participants did their driving in the evening after sleeping 5 hours or less the night before (as instructed by the researchers). These participants drove until they were noticeably tired, as judged by a pair of observers trained to spot fatigue-related behaviors. Half of the participants drove manually in the simulator while half drove autonomous cars.

A second group of participants were put in the same simulated vehicle conditions, but got an average of 8 hours of sleep and drove for an hour.

Half the sleep-deprived autonomous drivers were moderately fatigued after only 20 minutes in the simulation. Sleep-deprived manual drivers didn’t reach that same level of tiredness until 45 to 50 minutes into the test.

Among well-rested participants, autonomous driving still caused medium-to-high fatigue levels with 35 minutes. Manual drivers who were well rested “showed almost no signs of fatigue during the course of 1 hour of simulated driving in a monotonous environment,” according to the research report.

As one might imagine, measuring ‘sleepiness’ in a lab is difficult. For this experiment, trained raters watched drivers for 1-minute periods every 5 minutes. They were trained to look for behaviors such as slow blinks, head nods, yawning, and rubbing the face. This way, the measurements were based on observable behaviors rather than how sleepy this person looks. The drivers were also asked to rate their own sleepiness on a scale from 1 to 9 to compare with the observers’ ratings, and the two matched well.

The researchers call for additional studies that explore whether engaging in interesting tasks in an autonomous car might keep drivers awake and alert, or might distract them from preparing to take control of the vehicle when necessary.