News > Minds on the Road > Dreading Congestion Pricing? You Might Feel Differently After the Fact 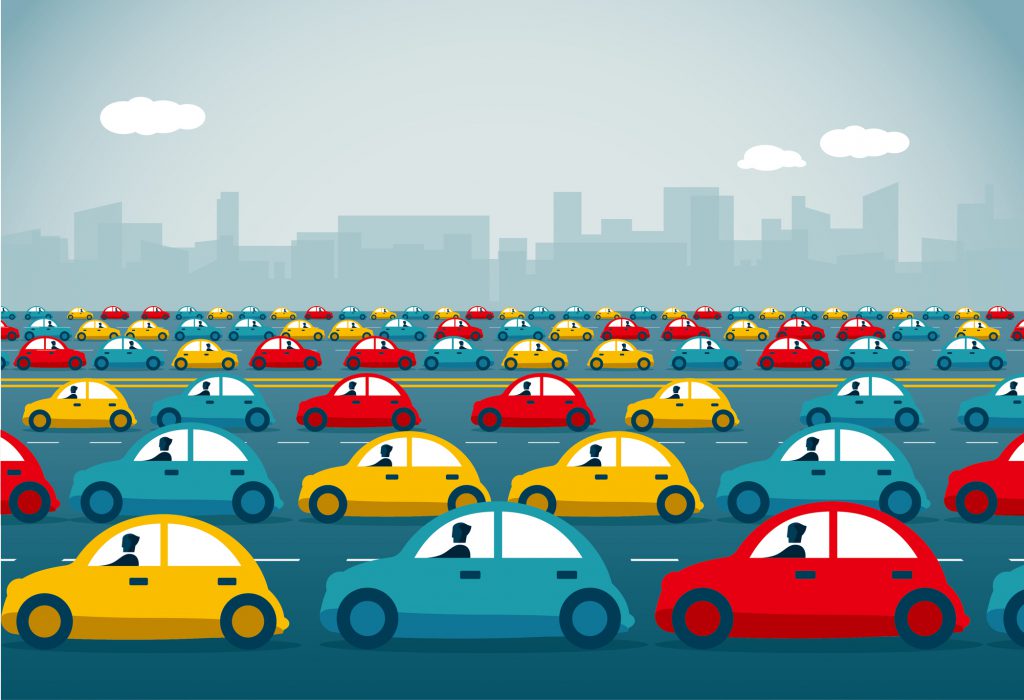 In most American city centers, “rush hour” is anything but, with residents and commuters alike sitting bumper to bumper for what can feel like hours at a time, their vehicles spewing smog into the atmosphere while public transportation options go underused or underfunded, if they exist at all. All that could change in New York City, however, when congestion pricing goes into effect in 2021 — and research in Psychological Science suggests that while many drivers may oppose paying a fee to enter the city center now, their perceptions of the policy are likely to improve once it actually goes into effect.

“[People] are motivated to reconstrue in an exaggeratedly positive light any undesirable elements of the status quo, presumably to reassure themselves that the world they live in is right, good, and likely to satisfy their desires,” writes APS Fellow Kristin Laurin, a professor of psychology at the University of British Columbia in Canada.

People don’t always rationalize their political realities, of course, and often report intensely disliking the status quo, Laurin notes, and the dividing line seems to be the “psychological realness” of a given situation. When people feel that society is stable and unchanging, and recognize that the status quo has inevitable consequences that they cannot physically escape and anticipate with 100% certainty, they develop an internal sense of a situation’s realness.

“It is this sense of realness — the recognition that a state of affairs is an immediate part of their lives – that drives people to rationalize,” Laurin explains.

In her initial exploratory study, Laurin found that San Franciscans who responded to a survey after the city’s ban on selling plastic water bottles reported viewing it as less of an inconvenience and less likely to infringe on peoples’ rights and freedoms than did participants who responded the day before the ban went into effect.

In a later survey of 248 Canadian smokers, the researcher also found that individuals who responded before the ban went into effect reported smoking in the targeted areas at the same frequency in both surveys. Those who responded post-ban, on the other hand, underreported the frequency at which they had previously reported smoking in the outlawed areas.

This suggests that the individuals may have adjusted their memories of their previous smoking behavior so that the new law would feel less upsetting, Laurin writes.

One alternative explanation remained, however: What if, rather than rationalizing an unsatisfactory reality, the participants had simply experienced the new policy more positively than anticipated?

The next phase of Laurin’s experiment suggested than this was not the case. In a nationally representative survey of 621 Americans, participants reported their attitudes toward President Donald Trump in December, 2016, and again a week before and after his inauguration in January, 2017. In line with the previous findings, participants were nearly twice as likely to report more positive attitudes, and to perceive Trump’s presidency as being more real, after the inauguration than in the week and month beforehand.

This effect held regardless of whether or not the participants reported having learned something recently that had changed their opinion of Trump, suggesting these attitude shifts were the result of rationalization rather than a reaction to new information. Additionally, while one might expect those who evaluated Trump positively as president-elect to report more positive attitudes once he was in office, even those who reported viewing his presidency negatively reported at least slightly more positive views in the week after his inauguration.

Differences in peoples’ existential and relational needs, as well as the specific issue at hand, may influence the degree to which individuals rationalize the status quo, she added. Support for abortion rights in the United States, for example, increased in the year after Roe v. Wade, while the Supreme Court’s decision to legalize same-sex marriage resulted in a less significantly shift in attitudes.

Overall, these findings suggest that while motorists in New York may not be taking to the streets in support of congestion pricing now, they’re likely to take at least a slightly more charitable view of the fee in the future — regardless of how it impacts their commute in practice.

News > Minds on the Road > Dreading Congestion Pricing? You Might Feel Differently After the Fact