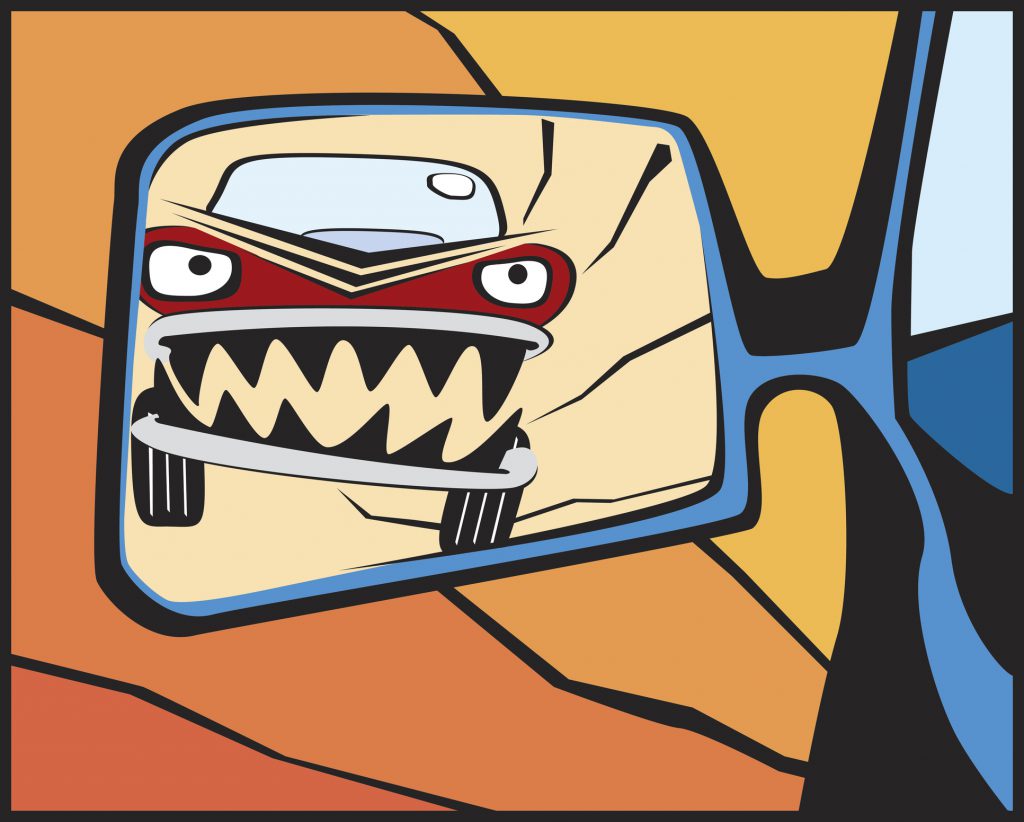 As summer temperatures rise, so do people’s tempers. For decades, researchers have observed a correlation between hot weather and increases in violent, aggressive behavior.

In one classic study from 1984, APS Fellow Douglas Kenrick and Steven MacFarlane observed that drivers get more aggressive on hotter days. The team had a research confederate purposely irritate other drivers by remaining stopped all the way through a 12-second green light at an intersection. Aggressive behavior was calculated by tracking the total amount of time that other drivers spent honking.

The research team conducted this test 75 times between April and August in Phoenix, Arizona, where temperatures ranged from a scorching 116° F on the hottest days to a relatively mild 86° F degrees on the cooler days.

“Results indicated a direct linear increase in horn honking with increasing temperature. Stronger results were obtained by examining only those subjects who had their windows rolled down (and presumably did not have air conditioners operating),” Kenrick and MacFarlane report.

In addition to honking, the correlational link between high temperatures and aggressive behavior, called the heat hypothesis, has been shown in behaviors ranging from murder and assault to car thefts. A 2015 epidemiological analysis of 118,489 motor vehicle crashes in Spain found that the estimated risk of crashes was 7.7% higher during heat waves compared with similarly warm days with less extreme heat. But what is it about the heat that sets off our anger?

APS Fellow Craig A. Anderson of Iowa State University has conducted several studies investigating the mechanisms fueling the heat hypothesis. In an article published in Current Directions in Psychological Science, he observes that “there are about 2.6% more murders and assaults in the United States during the summer than other seasons of the year; hot summers produce a bigger increase in violence than cooler summers; and violence rates are higher in hotter years than in cooler years even when various statistical controls are used.”

Anderson argues that hot temperatures make us uncomfortable, which leads to crankiness, and cranky people are irritable and prone to lashing out.

“Numerous fascinating psychological processes might be involved in the typical effect of high temperatures on aggression and violence,” Anderson writes. “The simplest and most powerful ones all revolve around the ‘crankiness’ notion. Being uncomfortable colors the way people see things. Minor insults may be perceived as major ones, inviting (even demanding) retaliation.”

Anderson goes on to explain how irritable, cranky people are primed for aggressive thoughts and attitudes and quick, impulsive retaliation to perceived offenses. When it’s hot and sticky outside, minor provocations – like forgetting to signal or cutting off another vehicle – are more likely to quickly escalate into dangerous retaliatory behavior (like tailgating) or even outright violence.

Another study, published in Psychological Science, demonstrated this link between heat, aggression, and retaliation by analyzing violence during baseball games.

A team of psychological scientists led by Richard P. Larrick (Duke University) analyzed data collected from 57,293 Major League Baseball games to test whether higher temperatures increased the likelihood that players at bat would be hit by a pitcher. Although it’s technically against the rules for a pitcher to throw a baseball at a batter on purpose, pitchers do use their 90-mile-an-hour throws to strategically intimidate batters.

“There is a long-standing tradition of retributive justice in baseball,” Larrick and colleagues explain. “If a teammate is hit by a pitch, a player on the opposing team must be hit in return.”

After controlling for a number of variables, the researchers found that “the probability of a pitcher hitting a batter increases sharply at high temperatures when more of the pitcher’s teammates have been hit by the opposing team earlier in the game.” Essentially, on hotter days, players were more likely to retaliate against each other with violence. Although the direct relationship between temperature and aggression observed in this study was moderate, the evidence suggests that “heat appears to magnify the response to provocation: Heat predicts retribution.”

is this a correlation study?