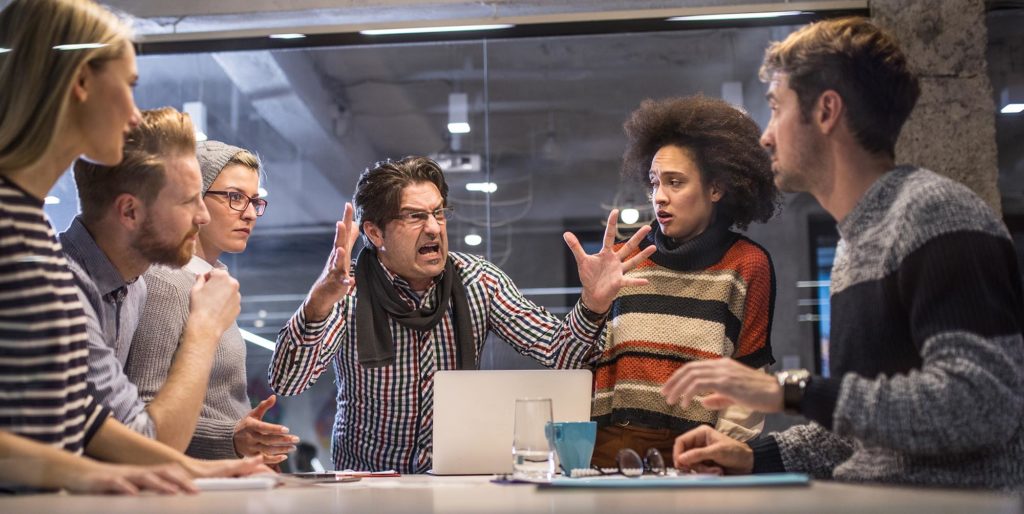 Summary: If a guy acts like a jerk to other men, he may seem less sexist than he actually is, according to new research in the journal Psychological Science.

If you’re an “equal-opportunity jerk,” does that mean you can’t also be sexist? New research shows that many people think so—and consider men to be gender blind when they’re rude, condescending, and berating to women and men equally.

To highlight the common view that men aren’t deemed sexist when they’re rude to both men and women, researchers asked subjects to share their perceptions of tweets from former President Donald Trump lambasting men and women, fictitious stories of managers’ treatment of male and female employees, and surveys of sexist behavior.

According to the study, being a jerk to men creates “an illusion of impartiality, giving sexist perpetrators plausible deniability.” This can lead people to falsely conclude that gender bias doesn’t underlie rude behavior, making them less likely to recognize sexism.

“We found that a man does not seem sexist if he treats everyone—both men and women—poorly,” said Peter Belmi, associate professor of leadership and organizational behavior at the University of Virginia Darden School of Business and lead author of the study. “This is problematic because sexism and rudeness are not mutually exclusive. Men who are sexist can be—and often are—rude toward other men.”

The research shows that gender blindness can be exploited to refute accusations of sexism, he added. For example, perpetrators may highlight instances in which they’ve been rude to men as evidence that they aren’t sexist.

A popular understanding of sexism is discrimination toward women based solely on their sex. Under this definition, a man would not be sexist if he were a jerk to both sexes. The researchers defined sexism more broadly, however, as attitudes, beliefs, or behaviors that reflect, foster, or promote negative or pejorative stereotypes about women.

“Men may believe that rather than ‘supporting women,’ an alternative solution to creating gender parity is to ‘treat everyone horribly,’” Belmi added.

He emphasized that previous research has focused on gender blindness’s benefit in fostering workplace gender diversity and inclusion. The current study highlights the shortcomings of this ideology.

The researchers conducted a series of studies, using online participants and students from professional schools, to determine whether sexism is tougher to recognize when men express rudeness to other men as well as women.

A two-part survey of about 1,100 employed men measured their self-reported rudeness toward male and female colleagues at work and their attitudes and beliefs about women.

Next, the researchers asked participants to read a series of stories, some about managers making sexist comments to female workers and others about managers speaking rudely to male subordinates, too. Participants were also asked to identify whether those managers needed gender-bias and anger-management training.

In each experiment, participants failed to recognize sexism when the perpetrator was rude or berating to men. However, they identified sexist behavior when only women were treated poorly. In other words, “equal-opportunity jerks” were viewed as gender blind. Also, the more participants perceived an offender being a jerk to other men, the more they diminished the need for gender-bias training.

“When a sexist manager is rude toward men, it may appear as though he is not sexist,” Belmi said. “Thus, women victimized by his behavior will have a more difficult time proving that he is sexist. Rudeness can therefore protect perpetrators.”

The findings show that rudeness across genders creates a barrier to addressing sexism. The researchers suggested that future studies should examine whether rudeness can conceal other types of discrimination—for example, by creating illusions of colorblindness or authenticity.

“Blatant, unambiguous, and obvious forms of sexist conduct continue to exist,” Belmi said. “Our findings suggest that one reason for their persistence is that observers may not recognize that everyday acts of rudeness can serve as a convenient mask for bias against women.”

The evolution from idea, to study, to action plan in the first-ever gender parity review in psychological science.