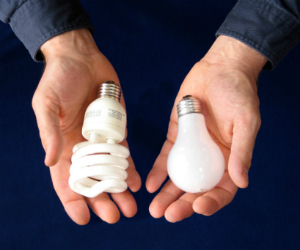 You’re more likely to see gray hair among the CEOs of the top 500 American companies (where the average age is about 53) than you are among Silicon Valley’s tech entrepreneurs, many of whom started billion dollar companies fresh out of college or even high school. New research suggests there may be a reason for the age disparities between leaders in different fields: A team of psychological scientists led by Brian R. Spisak of VU University Amsterdam provides evidence that people have unconscious biases based on age when it comes to choosing a leader.

For the research, the team used specialized software to create both old and young neutral faces. In the first experiment, a total of 60 college students looked at a set of 28 faces – half old and half young. The students rated each of the faces on the extent to which they thought the person would be “a leader during times of technological change” and “a leader who could maintain stability during financially difficult times.”

In a follow-up experiment, participants were shown the face of a leadership candidate paired with a position statement emphasizing either change (e.g., “We should look for new and cutting-edge options for success”) or stability (e.g., “We should avoid taking risks and maximize the advantages that we already have”).

When participants were asked to rate how likely they were to endorse each leader, the researchers again found a significant difference in how leaders were rated based on their perceived age. Younger-looking leaders were rated more highly when matched to statements appealing to change and innovation, while older-looking leaders received higher ratings when endorsing stability and the status quo.

Spisak and colleagues hypothesized that this age-based bias could even predispose people to favoring older or younger candidates based on particular political policies.

For example, if younger leaders are unconsciously associated with change and innovation, they may be preferred as candidates for policies that emphasize change, such as green initiatives that call for a switch to renewable resources. Similarly, older leaders may be preferred for positions that emphasize sticking to current policies on oil and gas.

In an experiment designed to test out whether people unconsciously favor younger candidates on the issue of sustainability, participants were shown an older face and a younger face side-by-side, along with a statement either endorsing a change to green initiatives (like solar power) or maintaining current nonrenewable energy sources (like oil).

Sure enough, participants preferred younger candidates as leaders for policies promoting renewable resources and preferred older candidates when it came to promoting positions that favored the status quo.

The researchers suggest that these findings may be useful at an organizational level in anticipating how people’s behaviors and expectation may vary in response to the age of a leader, suggesting, for example, that consumers may be more responsive to new projects and initiatives when there is a younger-looking CEO.