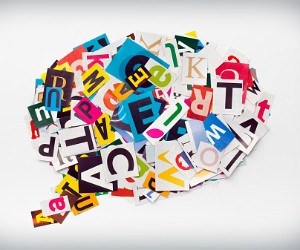 When naming a company or a product, marketers may want to pay extra attention to the exact syllables they’re considering. New research demonstrates that specific sounds can convey an impressive amount of symbolic meaning, which can influence the way people perceive a brand.

Across five studies, a team led by University of Toronto psychological scientists Cristina Rabaglia and Sam Maglio demonstrated that people intuitively associate front vowel sounds—those produced with the tongue relatively far forward in the mouth, such as the “ee” in feet—with nearby objects. Conversely, vowel sounds produced with the tongue far back in the mouth, such as the “oo” in food, are associated with distance.

“Our feelings and intuitions about sounds influence what we feel is okay for names of specific items or brands,” Rabaglia says in a press release. “If you name something in a way that isn’t intuitive, it could decrease the likelihood that people will want to interact with that product.”

Scientists have found evidence for symbolic sound since at least the 1920s, when psychologist Wolfgang Köhler first observed the now famous bouba/kiki effect. When shown a pair of shapes—one rounded and one angular—and asked which one is “bouba” and which one is “kiki,” an overwhelming majority of people assign “bouba” to the round shape and “kiki” to the angular shape. A 2001 study of the bouba/kiki effect found that 95% to 98% people identified the round shape as “bouba” and the jagged one as “kiki.” This was true among populations of American college students, as well as Tamil speakers in India.

A 2015 study published in Psychological Science found that babies have similar associations between symbols and sounds even before they can talk. In the study, 4-month-old infants watched videos of a ball rising and falling or a tube growing thicker or thinner, in accordance with or in opposition to the sound of a sliding whistle. The results indicate that associations between height, thickness, and pitch are present even before people learn to talk.

“Human languages may be more than completely arbitrary symbolic systems,” Rabaglia and colleagues explain in an article published in the journal Cognition. “A growing literature supports sound symbolism, or the existence of consistent, intuitive relationships between speech sounds and specific concepts.”

In one of the studies, 55 college students were asked to estimate—using their intuition—how far away another town in New York state was from their location in New York City. Participants estimated how many miles away they were from either Fleen, New York (which contains the front vowel sound) or Floon, New York (which uses the back vowel sound); both Fleen and Floon are fictitious towns, but the participants did not know this.

As predicted, people guessed that Floon, NY was significantly farther away than Fleen, NY. On average, people estimated that Floon was about 200 miles away and Fleen was around 150 miles away.

In another experiment, 114 volunteers were recruited from a New York City park, ostensibly to participate in a sports psychology study. They were asked to estimate their distance from an unrecognized object (i.e., a colorful dog toy). When the research assistant explained the task, they referred to the object using a novel name containing either a front vowel sound (“deeb,” “nep,” or “keev”) or back vowel sound (“doab,” “noop,” or “koov”).

“This action-based measure suggests that vowels, via their impact on the perception of spatial distance, can influence real behavior toward a target,” the researchers explain.

While it’s not entirely clear why the brain makes these cross-modal linkages between sound and distance, the researchers suggest that one possibility is that “cross-activation of sensory and motor maps may lead to natural biases mapping certain sound profiles to certain object properties.”