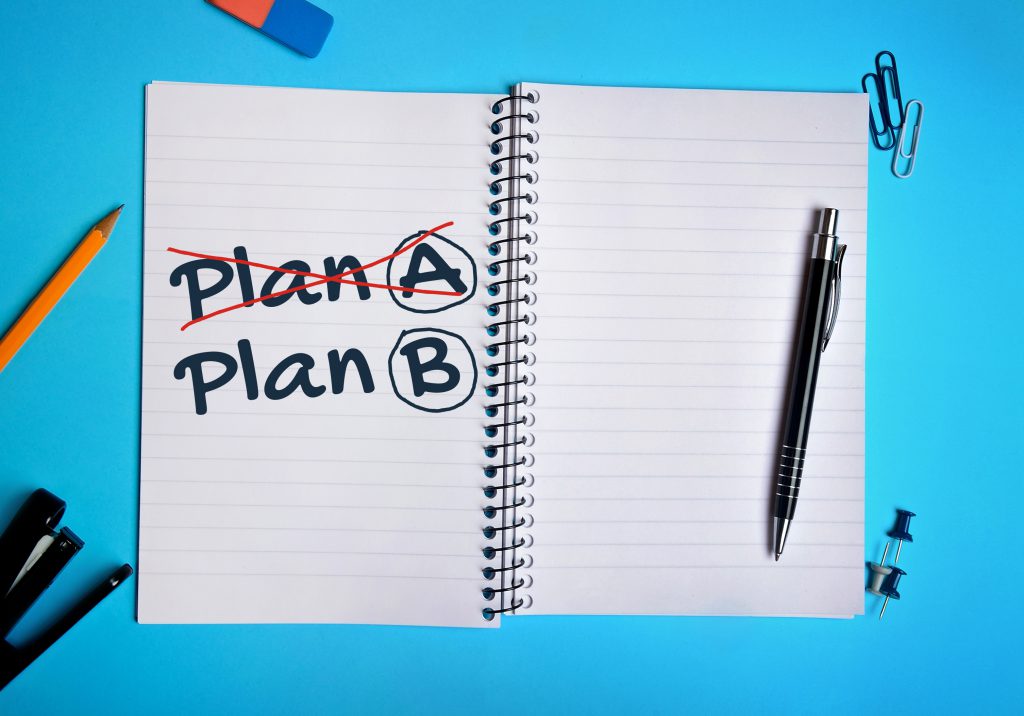 No matter how much careful planning has gone into a project, it’s always possible something could go wrong. Hence Murphy’s Law: anything that can go wrong will go wrong. The popularity of this adage has been the inspiration for many backup plans. From job interviews to retirement investing, chances are there’s someone advising you to make sure you have a backup plan.

But what if the time and energy invested into making a comprehensive backup plan ends up backfiring?

In an article published in Perspectives on Psychological Science, University of Zurich researchers Christopher Napolitano and Alexandra Freund propose that backup plans can have a serious impact on the way that we make decisions and our motivation for pursuing goals.

“We posit that backup plans change the way that a person pursues a goal, as well as the likelihood of achieving it, even if the backup plans are never used,” Napolitano and Freund write. “In some cases, backup plans are a safety net supporting goal pursuit; however, in other cases, they constitute an unnecessary expense that can undermine motivation to persist with a first-choice plan.”

Sure, having a backup plan will come in handy if the initial goal fails. Backup plans may even provide support to help you follow through with a goal. But, Napolitano and Freund argue that under some circumstances the planning required to put together a backup plan might end up undermining goal pursuit.

Coming up with backup plans can be like “eating your cake and having it too”— attempting to reap the benefits of having multiple means available while also selectively investing one’s finite resources, according to the authors.

In a set of ongoing experiments, Napolitano and Freund are investigating the circumstances under which backup plans provide people with the confidence to commit to their original goal and when they actually distract from it.

In an experiment on backup plans and distractibility, participants are asked to throw balls into a trashcan from a set distance. In the control condition, participants are told they they’ll just be tossing ping-pong balls. They have five practice throws to get the hang of it, and then ten “official” throws. In the experimental condition, participants can switch at will between using ping-pong balls or tennis balls for the five practice throws. The results haven’t been published yet, but the researchers suspect that using a “backup plan” and swapping out balls is likely to hurt people’s scores.

Whether a backup plan helps or hinders a goal depends on something Napolitano and Freund call complexity value, or the additional costs and benefits that having a backup plan introduces compared with pursuing the same goal with only a single strategy. Essentially, people aren’t always very accurate at estimating the real costs of backup plans.

That is, people make backup plans if their best guess is that it will be worth it in the end. For example, some people may sketch out a pros and cons list when making the decision to develop a backup plan, whereas others may decide more intuitively, perhaps even on the basis of emotional cues without any deliberation at all.

Though well-intentioned, the additional costs of backup plans — the extra time it takes to put the plan together and implement it — can cause you to fail. According to the researchers, there’s no hard and fast strategy for always determining whether or not a backup plan will be helpful in any given situation. Instead, people should carefully consider the true costs and benefits of having a backup plan in any given situation.

“The world is probabilistic; it is never guaranteed that a person’s means will necessarily lead to their desired ends. One of the hallmarks of self-regulation is to manage this uncertainty and to cope with setbacks or failures to reach one’s goals,” the researchers write.