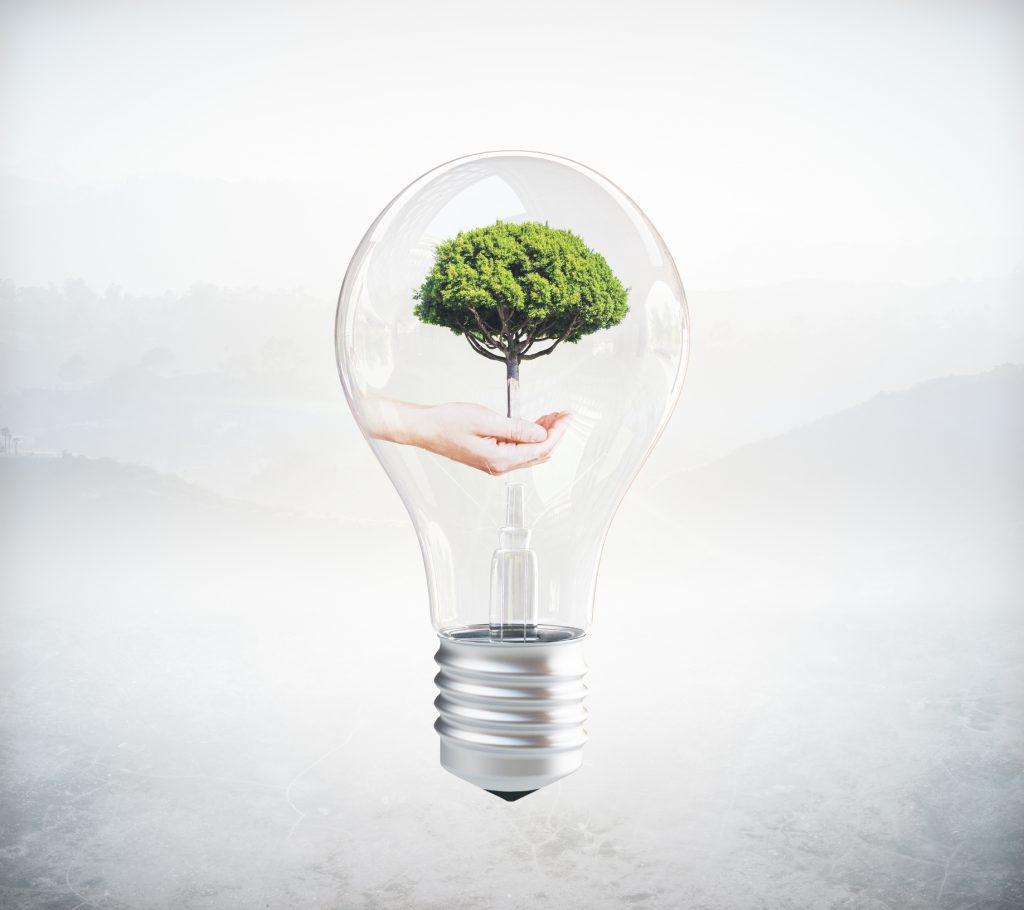 Entrepreneurs often describe their most important flashes of creative inspiration as having a “light-bulb moment” or a “stroke of genius.” However, new research suggests that the metaphors we use to frame these innovations can bias our perceptions of who is capable of coming up with the next big idea.

Across three experiments, psychological scientists Kristen Elmore (Cornell University) and Myra Luna-Lucero (Columbia University) found that using a light bulb metaphor led to assumptions about the creator: Not only did people associate light bulb metaphors with innate genius (rather than hard work), but they also associated these “genius” ideas with men rather than women. On the other hand, people associated the metaphor of nurturing the “seed” of an idea with women.

Essentially, innate “light bulb” genius was associated with male inventors while women were associated with nurturing ideas to fruition over time. Elmore and Luna-Lucero argue that these metaphors reflect subtle gender stereotypes that can have a real effect on assessments of competence and creativity in the workplace.

“These stereotypes have implications for how people process messages about effort; for example, women in male-dominated fields are more likely to misinterpret their effort as a sign that they do not belong and, thus, benefit in particular from portrayals of effort as normal for success,” Elmore and Luna-Lucero write.

Previous research, conducted by Duke University researchers Devon Proudfoot, Aaron C. Kay, and Christy Z. Koval, suggests that people also tend to associate creativity with stereotypical masculine qualities. Across five studies, Proudfoot and colleagues found that when people think about “creative thinkers” they tend to think of agentic characteristics typically ascribed to men, including qualities like risk-taking, adventurousness, and self-reliance. Even when women possessed these agentic qualities, they were not viewed as being as creative as their male counterparts.

“In suggesting that women are less likely than men to have their creative thinking recognized, our research not only points to a unique reason why women may be passed over for corporate leadership positions, but also suggests why women remain largely absent from elite circles within creative industries,” Proudfoot said.

In their first study, Elmore and Luna-Lucero examined whether people reacted differently to an idea described as a light bulb rather than as a growing seed.

Each one of the 345 participants were randomly assigned to read one of three short passages about the computer scientist Alan Turing and his idea for a revolutionary computing machine. In the light bulb condition, participants read that Turing had “a bright idea” that “struck him” like “a light bulb that had suddenly turned on,” whereas participants in the seed metaphor condition read that he had “the seed of an idea” that “took root” like “a growing seed that had finally borne fruit.”

Even though participants read about the same person and the same invention, those exposed to the light bulb metaphor judged Turing’s idea as more “exceptional” than those who were exposed to the seed metaphor.

In a second set of studies, the researchers examined whether the choice of metaphor could also influence social judgements about the creators themselves.

A group of 426 adults (46% male, 54% female) were randomly assigned to read a passage describing an idea for “spread-spectrum” technology in radio communication. Unlike the other experiments, the researchers also manipulated the gender of the inventor; half the participants read about a female inventor (Hedy Lamarr) and the other half read about a male inventor (George Antheil).

“For a female inventor, the seed (vs. light bulb) metaphor increased perceptions of her genius, whereas the opposite pattern was observed for a male inventor,” the researchers write.

Ultimately, the choice of metaphor may have a meaningful impact on the way people perceive effort and motivation. Rather than assuming that brilliance is simply an innate quality that some people possess, Elmore and Luna-Lucero hope that this research will get people to start thinking more about the role of perseverance and effort in innovation. After all, even Thomas Edison – the inventor of the electric light bulb – went through about 1,000 iterations before finally coming up with a workable prototype.

“Taken together, this work suggests that metaphors that attribute innovative ideas to effort, rather than sudden inspiration, may facilitate the perception that women too are capable of having them,” Elmore and Luna-Lucero conclude.