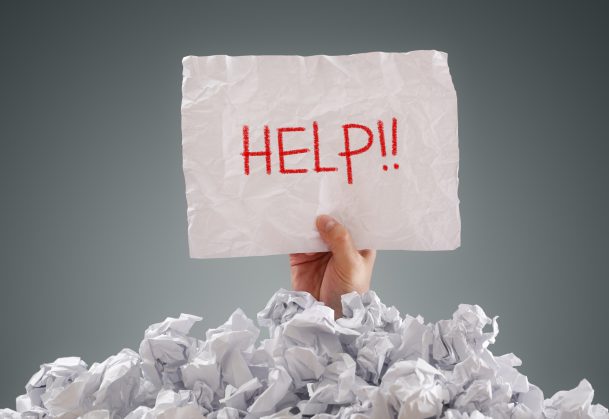 Modern leadership consultants often counsel managers about the importance of seeking help and input from staff to enact change. Asking for assistance and input enhances creativity, improves decision-making, and boosts an organization’s performance.

But requesting help also carries a reputational cost. Research dating back to the 1970s shows that asking for help can lead others to question your competence. A new study indicates that this phenomenon has a particularly undermining effect on men’s professional image.

To do so, they first referenced studies on biases and conventions that impede women from reaching the corner office. They argue that the orthodox role of women as communal and nurturing conflicts with the dominance, independence, and decisiveness associated with leadership. Thus, women are not only perceived as lacking leadership potential, but they are often ridiculed or criticized when they do act forcefully.

A 2008 study, for example, demonstrated that people confer lower status on women who express anger in professional contexts compared with men who display their ire. In one phase of the study, this bias applied to females whether they were CEOs or entry-level trainees, social psychologists Victoria L. Brescoll of Yale University and Eric Luis Uhlmann of INSEAD reported in the journal Psychological Science.

But Rosette, Mueller, and Lebel wanted to examine how men might see their respect crumble if they stepped outside their traditional gender role and acted more interdependently. More specifically, they wanted to see if men who seek help from subordinates are evaluated as less competent than those who assume a more commanding management style.

To test their theory, they turned to business students enrolled in various adventure trips – including a Kilimanjaro climbing expedition, a sledding and mountaineering venture in Antarctica, and a volcano climb in Ecuador — designed to develop leadership skills. Each of the trips included approximately eight participants, who rotated the title of “leader of the day.” On their designated leadership day, each participant planned, organized, and coordinated all activities.

Immediately after the trips ended, the researchers asked participants to rate each “leader of the day” in their group on help-seeking behaviors and on demonstrated competence.

As predicted, they found that male participants who received higher ratings on help-seeking got lower competence scores, while women’s help-seeking scores had no influence on their competence ratings.

In a follow-up experiment, Rosette and her colleagues recruited large groups of college students and had them read a vignette about a fictitious company, Lancom. Some participants were informed that Lancom was large information technology (IT) company with mostly male employees, while others read that Lancom was a large retail services firm with a majority female workforce.

The participants read various versions of a vignette in which a top-level Lancom manager named Chris Bennett calls a meeting to discuss an issue involving an important client of the company. In some versions of the experiment, Bennett was a woman and in others a man. And in some versions Bennett asked for help, and in other versions sought no assistance from the other employees in the meeting. The participants, who were randomly assigned to read one of the different versions of the vignette, subsequently filled out surveys rating Bennett’s leadership.

As expected, participants overall rated Bennett as less competent if they read the version in which Bennett sought help. But further analysis mirrored the findings from the earlier experiment: The male Bennett was rated as less competent than the female Bennett when asking for help. Additionally, the male Bennett was rated as less of a model leader when he sought help compared to when he didn’t. The female Bennett, on the other hand, received the same competence rating regardless of whether she asked for help. And these results occurred in both the male-dominated IT and the female-controlled retail versions of Lancom.

In a report in Leadership Quarterly, the researchers say the findings suggest that men have less behavioral freedom in the workplace as previous studies have indicated.