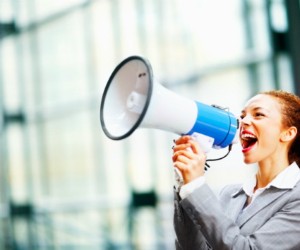 The philosopher Plato wrote that there is no harm in repeating a good thing. Even better, a new study finds that repeating key points during your next meeting is a good way to sway colleagues’ decisions.

Across two experiments, Stefan Schulz-Hardt (Georg-August-University) and colleagues demonstrated that repeating specific information during a discussion was enough to change someone’s mind.

The trio of German psychological scientists noticed that during discussions, people tend to repeat the information that supports their view. Yet, there had been little research examining whether this behavior actually influences people’s decision-making.

The researchers proposed two potential explanations. It’s possible that repeating information might make it easier for people to remember – a well-studied phenomenon known as the “mere exposure effect.” Or, it’s possible that people use repetition as a social cue. If you’re discussing where to get lunch with a colleague, and they mention that “fabulous new pizza place” a few times, they probably have a really strong preference for pizza. You might acquiesce to a lunchtime slice to prevent an argument or just to show you can be agreeable.

To test this, Schulz-Hardt and colleagues had about 100 college students come into the lab, ostensibly for a study about personnel selection. For the experiment, each student was paired with a specially trained confederate. The students were told that they would be deciding which of two job applicants was better qualified for a position as a university lecturer. Each profile was standardized beforehand so that the two applicants had an equal number of positive and negative features.

Initially, participants completed a short questionnaire comparing the two job candidates. Afterwards, the students and confederates were seated together so they could discuss the applicants face-to-face. Over the course of the discussion, the confederate either selectively repeated four pieces of information supporting the student’s choice, or four pieces of information supporting the other candidate. Once the two discussants felt they had finished their conversation, they completed another survey asking which of the job candidates they would hire.

In order to examine why people are persuaded by repetition, the researchers designed another study to test whether repetition was effective because it made some information easier to remember. In this study, about 300 college students completed a similar task where they were asked to compare two different job applicants. This time, they read a scripted dialogue rather than interacting face-to-face with a partner. Afterwards, the students completed a memory task where they were asked to write down everything they could recall about the two candidates.

Interestingly, there was no link between repetition and recall. That is, participants didn’t seem to remember the traits that were repeated better than any of the other characteristics. Instead, it appears that participants are responding to repetition as a social cue from their partner.

Of course, the researchers caution, these results are fairly preliminary and further researcher is needed to understand exactly how and why repetition biases judgement. However, these studies suggest that selectively repeating information could be one way to make your argument more attractive, and may even change a few minds.