News > Minds at Work > The Toolkits of Creative Teams: Lessons from Hollywood Animation 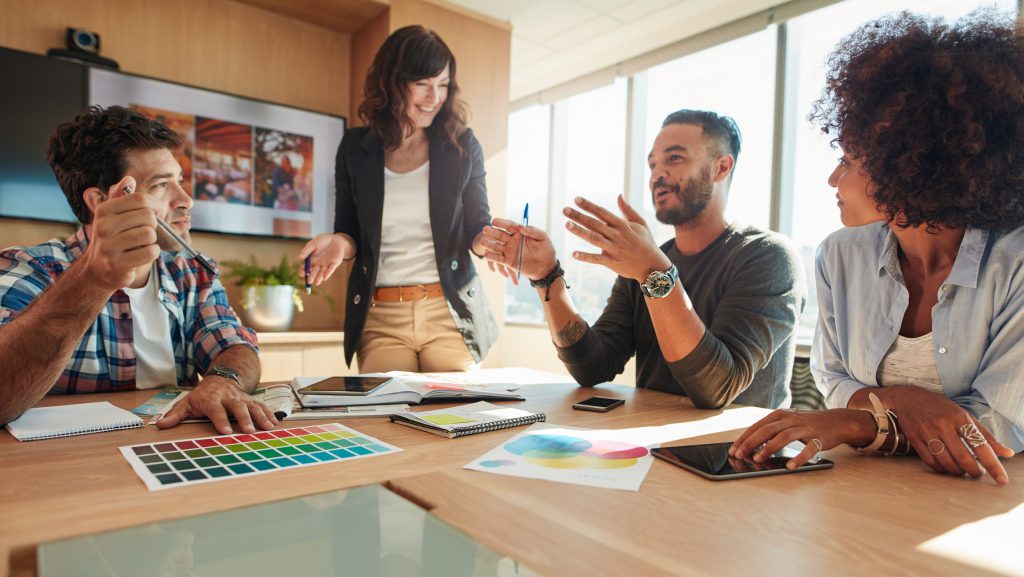 Animated movies can be creative wonders. Animators must connect people to stories and characters that are hand-drawn, sculpted from clay, or generated digitally. The animation process can take months or years, during which time the team must keep the characters lively and the story in mind, never losing the forest for the trees. The most creative works, according to behavioral research, are those made by teams with diverse, but not overly broad, talents.

In a study of animated films, researcher Pier Vittorio Mannucci  (London Business School) found that experts rate animated movies as more creative when animation teams use a variety of tools, most of which were already established in the field. The findings suggest that when too many team members have expertise in the primary tool used in a film, the result may be less creative work.

Although the study was limited to Hollywood animation teams, Mannucci argues that large, cross-disciplinary teams working in technology, product design, automotive, and software coding produce creative output and can benefit from this knowledge.

For his study, Mannucci developed a comprehensive list of 218 animated movies produced in the United States from 1978 through 2012. While hundreds may work on an animated film, he studied the core creative teams, composed of the producers, directors, writers, editors, cinematographers, production designers, and music composers on each film.

Some of the tools used in animated movies are apparent on viewing, such as hand-drawn or computer-aided cel animation, computer animation, clay animation or puppets; others tools, such as motion capture, are less apparent. Using each film’s credits, Mannucci tracked individuals over time to gauge their familiarity with a given tool, classifying artists who had worked on two or more movies that used the same technique as experts in that technique. Mannucci hypothesized that a team with very few tools would make few innovative connections, even if the team members were very good at using their tools.

Two expert film critics judged the creativity of each film and Mannucci compared those judgments with other measures (e.g., critic scores from the Rotten Tomatoes movie review site).

Importantly, a team’s innovative approach may not be perceived as creative by others. Findings from Mannucci’s study and other research suggest that there is a penalty for highly novel ideas: Truly unique tool use might be seen as “too weird” if some of those tools aren’t familiar to their audience. For example, although computer graphics were becoming more common in the mid-1980s, it wasn’t until a team led by John Lasseter synthesized traditional cel animation techniques and new computer-aided techniques in Toy Story and other works that computer-animated films took off.

Using a large toolkit requires team members to make connections across knowledge bases – but Mannucci’s findings suggest that a toolkit can become unmanageably large. In a 2013 study in Psychological Science, researchers from Duke University and Carnegie Mellon University examined 549 research groups. They found that large groups with members who have diverse research interests and affiliations had poorer team cohesion and produced fewer research papers than large groups that were more homogeneous. It is possible that a large toolkit represents a diverse group, and team dynamics are affected in similar ways to these research groups.

Just as there can be too many tools, there can also be too many experts. Each project has a focal tool: Toy Story was created mostly with computer graphics, Snow White used hand-drawn cel animation, and Chicken Run used clay animation. Having a high number of experts in the focal tool can constrain creativity, even in the presence of a large toolkit. Previous research has shown that experts tend to steer a project toward their area of expertise, which could curtail novel connections or new techniques. The old saying “When all you have is a hammer, everything looks like a nail” might be amended to “When you have three hammer experts, they will agree that everything looks like a nail.”

News > Minds at Work > The Toolkits of Creative Teams: Lessons from Hollywood Animation

This industrial-organizational psychologist works with teams across the fields of healthcare, space exploration, and the military.