News > Minds at Work > The Mixed Blessing of Workplace Friendships 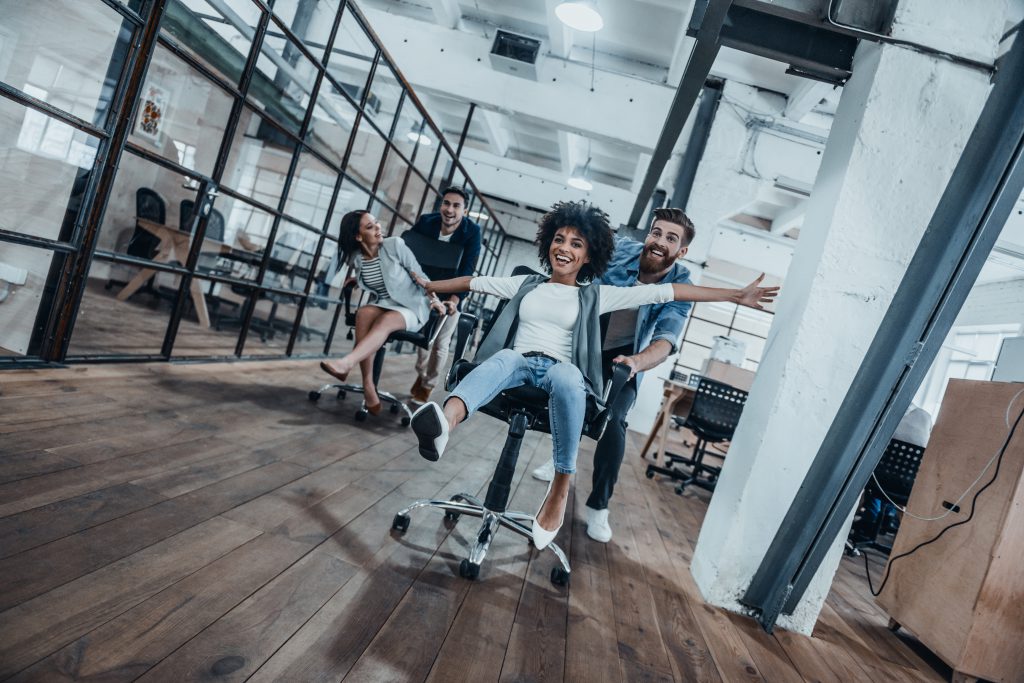 The next time you run into a helpful colleague at work, you may want to thank them for being a friend. Research has shown that friends at work not only make us inclined to like our jobs more, they may also be a boon for a business’s bottom line by enhancing employee performance.

According to a recent New York Times article by psychological scientist Adam Grant, “We may be underestimating the impact of workplace friendships on our happiness — and our effectiveness.”

For instance, employees who report having friends at work benefit from higher levels of productivity, retention, and job satisfaction, and report being seven times more likely to be engaged in their work compared to their “friendless” counterparts.

In a new study, a group of psychological scientists led by Jessica Methot of Rutgers University took a closer look at the benefits — as well as the potential tradeoffs — of friends at work.

Their findings suggest that these types of friendships are positively associated with supervisor ratings and job performance. However, the study also suggests that too many friendly colleagues can also be too much of a good thing.

“Given that these two roles often have competing expectations, norms, and goals, multiplex workplace friendships may be especially depleting because they foster conflict regarding which role to prioritize,” the researchers write.

Their first study looked at employees at a large American insurance company. As part of company policy, employees were actively encouraged to get to know each other both on the job and outside of work.

For the study, 168 employees were asked to name up to 10 coworkers who they could rely on for help at work and up to 10 coworkers they considered to be friends (i.e., someone who you occasionally socialize with outside of work). Multiplex friendships were identified when someone was listed on both measures.

Participants then completed measures for burnout, positive affect at work, and emotional exhaustion. The employees’ immediate supervisors completed assessments of their performance on the job.

As expected, the results suggested that people benefitted from genuine friendships with their co-workers. Not only did they receive higher performance evaluations, but they also reported a more positive mood at work. However, their results also showed that too many work friends could also be emotionally depleting.

“Although individuals with a greater number of multiplex workplace friendships receive a broad range of resources, they become stretched as they expend their own resources in attempts to maintain and restore balance with those to whom they feel obligated,” Methot and colleagues explain.

In a second study, teams of employees working at different retail stores and restaurants completed surveys that were then mailed back to the researchers.

Each of the 182 participants was given a complete list of names for everyone who worked at their store. Using a 5-point scale, they rated each individual based on how frequently they provided help at work and whether they’re considered a friend. The researchers only counted a response as a friendship if both individuals rated each other as a friend.

Individuals with more friends at work received, on average, higher performance evaluations from their supervisors.

The researchers noted that there was a significant positive relationship between emotional support and social network size. Essentially, people with more friends also had more emotional and professional resources to draw on for success at work.

However, the second study also helped confirm that friendships at work also come at a cost: Popular employees with lots of friends also experienced higher levels of emotional obligation and exhaustion. Although workplace friendships foster job performance, these benefits may be somewhat muted by the personal resources they deplete.

“Collectively, our results illustrate that having a large number of multiplex friendships at work is a mixed blessing,” Methot and colleagues conclude in Personnel Psychology.

While too many friendship obligations can potentially carry a cost, the researchers suggest that organizations stand to benefit overall by investing more resources in helping employees build mutually supportive friendships in the office.

News > Minds at Work > The Mixed Blessing of Workplace Friendships