News > Minds at Work > The Creative Power of ‘Outsiders’ 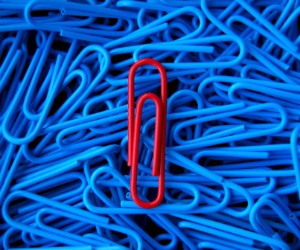 Before turning to music, Dr. Harold (Andy) Hildebrand was developing technology to help oil companies discover oil based on seismic signals from detonations on the ground. Eventually, he switched his focus to music where he started applying the same digital signal processing to the human voice.

History is full of creative breakthroughs from unlikely sources, but when it comes to choosing someone to tackle a tough problem is it better to hire an insider or an outsider?

“After all, insiders know the territory, which is often considered to be a prerequisite for being able to make a novel contribution to a knowledge domain,” writes study authors Oguz Ali Acar (King’s College London) and Jan van den Ende (Erasmus University). “Historically, however, outsiders have been responsible for some major breakthroughs in various scientific domains, such as medicine and biology.”

Acar and van den Ende attempt to get to the bottom of the issue in a new study published in Psychological Science.

The researchers hypothesized that problem-solvers may rely on specific cognitive processes when coming up with novel solutions: search variation and search effort. In search variation, people look at many different areas for inspiration. For example, engineers might turn to research on biology or art history when designing new robotics. Search effort describes the amount of attention someone devotes to finding unusual solutions to a problem.

A prize-based science contest platform called InnoCentive allowed the researchers to analyze data from real people working on real problems. Clients post scientific problems to InnoCentive and people from around the world can read about the conundrum and try to solve it in exchange for cash prizes. For example, a challenge may be to come up with a formulation for “a simple, stable, and safe injectable suspension placebo that has no pharmacological and biological activity.”

Acar and van den Ende evaluated data collected from 230 problem-solvers registered on InnoCentive. The participants were highly educated (82% reported having at least an undergraduate degree) and were, on average, about 44 years old.

The researchers sent participants a short email survey asking them to evaluate on a 7-point scale whether they had focused on problems within their field of expertise and whether they relied on diverse resources for developing a solution. Participants also reported on the total number of hours they devoted to the project and the number of people they’d contacted while working on a solution. Creativity was assessed based on whether participants had actually submitted prize-winning solutions.

As it turns out, coming up with breakthrough solutions appears to be more about investing the time and effort, rather than being an expert in the field. But the effectiveness of different cognitive strategies seemed to depend on whether people were experts in the field they were trying to innovate.

Insiders, who were already knowledgeable about their field, came up with more creative solutions when they turned to a wide variety of resources for inspiration. Outsiders, on the other hand, were more likely to come up with a prize-winning solution when they focused deeply on the field related to the solution. The results suggest that a lack of knowledge can become an advantage when people really focus on learning the nuts and bolts about a new field.

“From a practical standpoint, our findings offer a way in which insiders may overcome their widely noted problems related to creativity. That is, if insiders of a particular domain spend significant amounts of time seeking out knowledge from a wide variety of other fields, they are more likely to be creative in that domain,” the researchers explain.

“Our results emphasize the importance of being open to those outside a scientific domain,” Acar and van den Ende conclude. “Organizations could take a more proactive approach to encouraging outsiders, who are more likely to solve challenging scientific problems when they engage in the ‘right’ cognitive processes.”

News > Minds at Work > The Creative Power of ‘Outsiders’

Interesting piece-sounds like it could be an opportunistic assimilation thing.