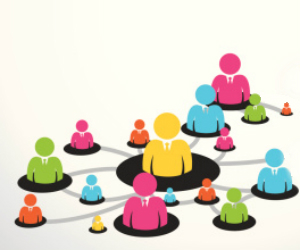 The perception that an organization’s rules and policies are fair may be particularly important for people who work closely together in teams. When people perceive that they are being treated fairly by their organization, having a sense of what’s called “procedural justice,” they perform better as a team and show more positive behavior as individuals.

But when the boss plays favorites, trust between teammates can plummet.

In a recent study, psychological scientists Dong Liu (Georgia Institute of Technology), Morela Hernandez (University of Washington), and Lei Wang (Xi’an Jiaotong University) utilized a novel social network approach to studying teams. Rather than looking only at the aggregate of workers’ perceptions of fairness, Liu and colleagues measured the frequency and quality of interactions between individuals.

Previous research on procedural justice has focused on a “climate” approach, where assessments of fairness from individuals are averaged to get a holistic view of the procedural justice climate of a group. But discrete interactions between individuals can also have a powerful influence on perceptions of fairness. Employees not only base their behavior on how they’re being treated, but also react to the treatment of those around them–something that the climate approach can’t detect.

For the study, published in the journal Personnel Psychology, the researchers collected field data from nearly 1,700 workers from Chinese and US manufacturing companies. For both studies, workers were part of manufacturing teams that worked together closely in groups ranging from 3 -18 members.

In the first field study, Chinese team members were surveyed on their relationships with their bosses, intra-team trust, and their interactions with their teammates. As expected, the researchers found that trust between team members declined when supervisors had favorites.

In the second experiment, the researchers wanted to measure the impact of fairness on the social structure of the teams. American workers filled out three surveys over 4 weeks measuring leader-member exchange, intra-team trust, and team procedural justice. Each worker was also asked to rate the fairness of their interactions with each member of their team by name.

Interestingly, Liu and colleagues found that not only did leaders’ favoritism impact trust among team members, but it changed the social structure within the team.

“Specifically, we found that when leaders developed differentiated relationships with team members, team members trusted each other less, and the social interactions between them that influenced their perception of [procedural justice] became fewer in number and concentrated among only a few individuals,” writes Liu and colleagues.

Maybe… Must be needed more research on this.
“Real” Teams, construct a social figure of values and then attitudes. Then are not needed other “strange” and “artificial” supports. Better points will be learned with Eduardo Salas PhD. because he is expert on the “work of teams” topic. He has one of the ultimate words on it.