News > Minds at Work > Some Advice on Advice: Timing Matters 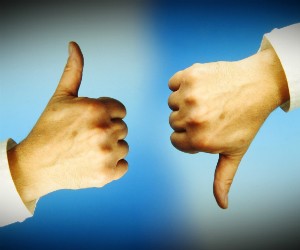 We all need some advice sometimes, from getting help on a new project at work to making decisions about how to save for retirement. The problem is, we’re not always so good about taking other people’s advice.

“A large literature shows that people do not take advice particularly well, often overweighting their own opinions or ignoring the advice that they receive,” according to Duke University psychological scientist Christina Rader.

In a recent study, Rader and colleagues Jack Soll and Richard Larrick investigated how timing affects people’s willingness to follow outside advice. Are we more likely to follow advice before or after we’ve already had the chance to make our own decision?

To find out, the researchers ran a series of experiments asking participants to guess the age of a person in a photograph either before or after receiving advice on the person’s real age from an outside source.

In one online survey, 605 participants were told that they would receive a small cash bonus if they could guess the person’s age within 3 years of the correct answer. Half of the participants received advice before ever even seeing the photo. Participants in the other group were shown the photo and prompted to come up with a guess before seeing any advice. They then had the opportunity to revise their answer after seeing the outside suggestion.

Both groups were told that the advice was an answer from another survey taker. However, suggested number both groups received was the median age based on guesses from a separate pool of participants.

The results showed that people’s confidence in the advice was influenced by the timing of when they received it. Those who received the advice first were less confident in that advice than participants who made a guess before receiving information from the outside source.

The researchers called this a push-away effect. When the advice came first, people used it as an anchoring point for determining their own guess, but ultimately they ended up “pushing away” from the advice with either a slightly higher or lower guess.

On the other hand, making a decision before receiving advice led to a different response. If the guess closely matched the advice, people felt confident and made final guesses that followed the advice. When the advice was very different than the initial guess, people were less confident in the advice and tended to ignore it.

But, does the ordering of advice influence the accuracy of people’s decisions? In another experiment, an online panel of 1,232 participants followed a similar procedure. However, in this experiment, not all participants received the same advice. After all, in the real world, not all advice is good.

Some groups received bad advice in the form of the highest or lowest average age estimates from another pool of guessers. For example, they might be advised that a 40 year old man was actually 20 or 60.

This bad advice had a significant effect on the advice-first group. They tended to anchor their guesses to the first number they saw, even when it was improbably high or low—ultimately harming their accuracy. Even when the advice was good, their accuracy was hurt by the push-away effect.

Ultimately, those who came to a decision independently before getting advice were the more accurate group. Not only were they less influenced by the bad advice, but they also didn’t show the “push-back” response to the middle-of-the road “good” advice.

Based on these results, the researchers recommend that people facing a decision seek advice after they’ve come to their own initial conclusion.

However, the results also showed that both kinds of advice led to better decisions than no advice at all.

“Overall, there is one very clear prescription that emerges from this study—both advice sequences are superior to not getting advice at all,” they conclude in the journal Organizational Behavior and Human Decision Processes.

News > Minds at Work > Some Advice on Advice: Timing Matters