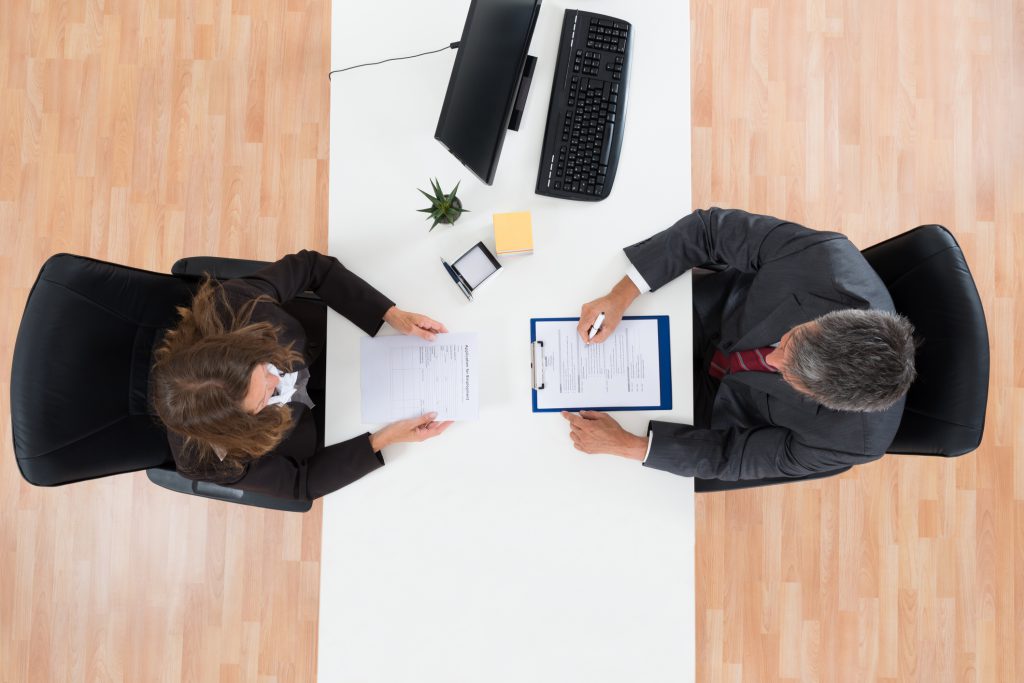 In job interviews, an applicant’s name may determine the type of questions the recruiter asks — specifically if that name indicates the person’s nationality or ethnicity, a study by researchers at Lund University in Sweden suggests.

In the first of three experiments, professional recruiters drew up more questions about culture and group compatibility when they prepared to interview applicants with Arabic-sounding names, and more questions about a person’s fit for the particular job when a candidate had a Swedish-sounding name. The applicant-culture fit questions evaluated the degree to which applicants had assimilated with the prevailing culture — how they display the culture’s norms, values, and behavior.

When researchers have studied job recruiters’ interview preparation in the past, they found that interviewers tend to employ a semi-structured technique: they plan some general topics and questions out before each interview, rather than a set of specific questions for all applicants.

The researchers point to the results as an example of how bias can creep into steps of the employment process even before recruiters meet candidates face-to-face. To remedy this type of problem they propose recruiters move toward more structured interviews, meaning employers would write a standard set of questions for all applicants to a given position.

The Lund researchers are far from the first to recommend, based on study results, standardized interview questions.   Several years ago, Yale University researchers asked undergraduate students to judge fictional applicants for a police chief position, a job they considered traditionally male. The participants were shown two applications, from “Michelle” or “Michael”. Half the participants were told that Michael was ‘streetwise’ and Michelle was formally educated, while half were told the opposite. Even though these were randomly assigned, participants reported that Michael had the qualities that were more important as a police chief. That is, participants consistently rated the male applicant’s merits more important than the female applicant’s, no matter what those merits were.

In later experiments the researchers found that if the participants agreed on a job’s criteria for success before seeing applicants, the discriminatory behavior didn’t happen. In reporting on their findings in Psychological Science, the Yale researchers suggested professional recruiters agree on a set of criteria for a job prior to the hiring process.

In the first of three experiments in the Lund University study, professional recruiters with an average of 11 years’ experience in hiring were asked to come up with questions they would ask a potential applicant to a sales manager position. They were given the job description and a list of fictional applicant names. Half of the recruiters wrote questions for fake applicants with Swedish-sounding names like Leif Svensson, Carl Persson, or Henrik Ask,  while half wrote questions for applicants with Arabic names like Abdul Haleem, Mahmud Khabati, or Ali Husseini. After recruiters created lists of 10 interview questions they might ask, a research assistant coded those questions based on the following emphases:

The study didn’t measure who was hired (there were no actual applicants to interview, so the experiment was limited to interview preparation), so the researchers couldn’t prove discrimination — only differential interview prep. However, the two follow-up studies allowed the researchers to see that culture- and group-fit information was less useful to hiring managers, and that this was a reasonable pathway for discrimination.

Bias may be the result of a heuristic, a mental shortcut. A Swedish name, in the case of the Lund study, may have signaled to a recruiter that the person had good person-culture fit. An Arabic-sounding name may have sparked some implicit doubts about that fit.

The researchers noted that asking questions about person-culture fit or person-group fit increases the chance that a recruiter will detect errors in these areas. By asking few questions about group and culture fit, someone with a Swedish name and culture-or-group-fit deficits would slip under the radar due to recruiter bias.

Assessments of 60 resumes submitted for actual jobs revealed a difference between self-promotion and ingratiation.

The British statistician Francis Galton applied statistical methods to many different subjects during the 1800s, including the use of fingerprinting for identification, correlational calculus, twins, blood transfusions, criminality, meteorology and, perhaps most famously, human intelligence.

When deciding which candidate to hire or what company to invest in, do we favor someone who has a history of hard work and perseverance or the hotshot with a natural talent? Findings from three