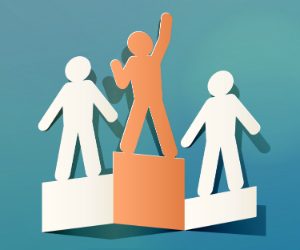 When deciding which candidate to hire or what company to invest in, do we favor someone who has a history of hard work and perseverance or the hotshot with a natural talent?

Findings from three studies conducted by University College London professor Chia-Jung Tsay suggest that when assessing people with equivalent levels of achievement and success, we’re predisposed to judge someone who’s a “natural” as more talented, more hirable, and more likely to succeed than someone who’s a “striver.”

“[T]here exists the belief that certain achievements cannot be explained solely by perseverance and hard work—that natural talent plays a role, and some ‘have it’ and others ‘do not,’” Tsay writes.

Participants were then presented with information about an entrepreneur named Charles, who had quickly achieved a high-ranking position through new product development at a recycling company. Half of the participants were shown a profile with details indicating Charles was a “natural” (i.e. he was a leader from day one) and half saw details hinting that he was a “striver” (i.e. he became a leader through developing critical relationships).

Participants then listened to a 1-min audio recording of a business pitch, ostensibly from Charles, the successful entrepreneur (the clip actually came from a proposal given at an MIT Entrepreneurship Competition). After listening to the business pitch, participants evaluated both Charles and his proposal on several factors, such as likelihood of success, skill demonstrated, and willingness to hire Charles and invest in the company.

Overall, participants gave Charles and his business proposal higher marks when he was presented as a natural as opposed to a striver.

In a follow-up study, an additional 383 participants completed the same task and produced similar results — people were more enthusiastic about Charles and his business plan when he was presented as being a natural rather than a striver.

Interestingly, in both experiments participants who were classified as experts – those who had more professional experience starting companies and working with entrepreneurs – were particularly prone to this bias toward “naturalness.”

A third study attempted to tease apart exactly how much people valued natural skill over other traits. Another group of 294 participants was recruited to participate in an hour-long set of studies in a computer lab in exchange for $20. Participants were shown 18 pairs of individuals who differed on five attributes related to entrepreneurship: leadership experience (2, 5, or 8 years), management skills (70th, 80th, or 90th percentile), IQ (100, 130, or 160 points), investor capital previously raised ($50,000; $100,000; or $150,000), and naturalness versus striving. Participants were asked to choose which individual in the pair they would choose to invest in for a new business. They were then instructed to explicitly rate how important each of the five attributes was in their decision.

Approximately 60% of participants preferred the natural over the striver entrepreneur. Participants were willing to select the natural even if it incurred costs related to hiring a less-qualified individual.

Using a type of computation called conjoint analysis allowed Tsay to compare the extent that people valued the different attributes relative to each other.

Further investigations into the nature of experience that moderates the naturalness bias are warranted so that more specific solutions can be identified and prioritized based on where the costs of the bias are more likely to accrue, Tsay explains.

“Whether it is the routine hiring of employees in business settings, the early identification of talent in primary and secondary education, or the assessment of the moral character of a judge or jury member, we must consider the impact of the naturalness bias in those who make these critical decisions,” Tsay concludes.