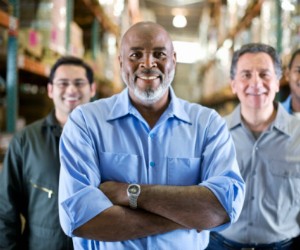 Although some abilities tend to decline over time, new research finds that other cognitive skills actually improve with age.

Scientists have long known that our ability to analyze novel problems and reason logically, also known as fluid intelligence, peaks around age 20 and then begins a slow decline. However, two new studies confirm that skills related to crystallized intelligence—made up of a person’s acquired knowledge and experience—appear to peak later in life, often after age 40.

In a study recently published in the Journal of Applied Psychology, psychological scientist Rachael M. Klein, a doctoral candidate at the University of Minnesota, examined the relationship between age and business-related cognitive skills in a sample of high-level executives.

To measure fluid intelligence, applicants were instructed to identify one of four pictures that best matched a target picture. In another test for fluid intelligence, the executives were shown a series of letters and asked to quickly identify the letter that would complete the sequence. High scores on this test indicate that a person possesses advanced analytical reasoning skills.

To measure crystal intelligence, participants were asked to select one word from a row of five that had the same, or nearly the same, meaning as the first word in the row.

However, when it came to measures for crystal intelligence, older executives outscored their younger colleagues on average.

“In contrast to fluid abilities, older employees and adults appear to have an advantage on tests of vocabulary and verbal ability that measure crystallized ability,” Klein and colleagues write. “Across all samples in this study, each age subgroup scored higher than the comparison group of younger individuals on these verbal and linguistic measures.”

A study recently published in Psychological Science found that some components of intelligence peak even as late as our 60s or 70s.

Psychological scientists Joshua Hartshorne of MIT and Laura Germine of Massachusetts General Hospital gathered a vast trove of data through websites gameswithwords.org and testmybrain.org. They examined four different cognitive tasks, as well as a task that measured participants’ ability to accurately read another person’s emotional state.

The massive dataset, collected from nearly 50,000 subjects from a broad range of ages, showed how different cognitive skills peak at different ages. For example, information processing speed appeared to peak relatively early in life, around age 18 or 19 before starting to decline. Short-term memory reached its peak around age 25 before beginning to drop around age 35.

For example, the ability to accurately evaluate other people’s emotions, an important job skill for many professions, seems to peak in when we’re in our 40s or 50s. The results also showed that crystallized intelligence skills peak much later in life than previously believed: Vocabulary skills peaked in people in their late 60s and early 70s.

According to Klein and colleagues, these results should be used by employers to help them avoid discrimination based on age. By weighing certain cognitive tests in recruitment, hiring, and promotion, employers may end up unfairly favoring particular age groups.

“Organizations should be cautious when using certain tests of inductive reasoning, such as letter series tests, given the magnitude of age differences established in this research,” Klein and colleagues warn. “Selecting on such measures alone will likely lead to younger individuals being selected at much greater rates than older candidates.”