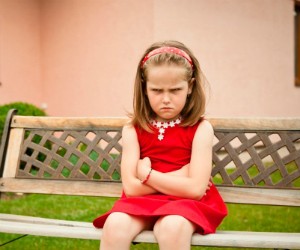 A new study suggests that the personality traits we possess as middle schoolers may end up having a major impact on our career choices and lifetime earnings as adults. But, after reviewing data spanning 40 years, researchers were surprised to find that obnoxious, rule-defying behavior in childhood was a predictor of career success in adulthood.

As one might expect, students who did well in school – i.e., those who got good grades and positive assessments from their teachers – tended to end up with more successful careers as adults. But, lead study author Marion Spengler (University of Luxembourg) and colleagues, also found a relationship between adult income and defiant rule-breaking behavior in childhood: Bratty, disobedient children grew up to do quite well for themselves economically – earning a higher income, on average, compared to their well-behaved peers.

“Obviously, one can make the case that how students perform in school, at least in terms of their overall grades, will have some concrete ramifications for their near future, such as whether they get into college,” Spengler and colleagues ask. “However, what about other qualities that students have?”

Emerging research is showing that learning so-called “soft skills” – such as personality traits or emotional intelligence – may be just as important for workplace success as the “hard skills” children typically learn in school (i.e., reading, writing, and arithmetic). For example, previous research has demonstrated that the ability to accurately read other people’s facial expressions and emotions is a skill that can lead to success in both school and the workplace.

In 1968, 2,800 Luxembourgian sixth-graders completed an extensive series of assessments including intelligence tests, and measures of family socioeconomic status (SES) and family background. This sample represented about half of the total population of 6th graders enrolled in school in Luxembourg at the time, and was to be used to help track the children into different schools depending on their educational and career aptitudes.

The test also included a self-rating questionnaire that allowed students to rate their feelings about school and everyday life. Teachers were also asked to provide ratings on each student’s behavior in school, assessing qualities such as studiousness and willingness to learn.

In 2008, researchers were able to contact 745 of the original students – who were then around 52 years old. As adults, the participants were asked about their income and their occupation. Occupations were coded using measures for prestige and socioeconomic status.

Good students, based on both test scores and subjective ratings, tended to go on to attain more education and better jobs. However, the researchers also came across an unexpected relationship between defiant behavior and income: High scores for rule-breaking and defiance of parental authority at age 12 predicted higher income at age 52. In fact, the analysis revealed that childhood defiance predicted adult income “over and above IQ, parental SES, and educational attainment.”

“One surprising finding was that rule breaking and defiance of parental authority was the best non-cognitive predictor of higher income after accounting for the influence of IQ, parental SES, and educational attainment,” Spengler and colleagues write.

Personality, even more than IQ or socioeconomic circumstances, seems to have played a role in children’s achievement. Although it’s unclear why defiant children did so well for themselves, the researchers propose that more defiant, assertive students may be more willing to stand up for themselves – whether getting the teacher’s attention, or negotiating for a higher salary.

“Individuals with higher levels of rule breaking and defiance of parental authority also have higher levels of willingness to stand up for their own interests and aims, a characteristic that leads to more favorable individual outcomes — in our case, income,” the researchers conclude.