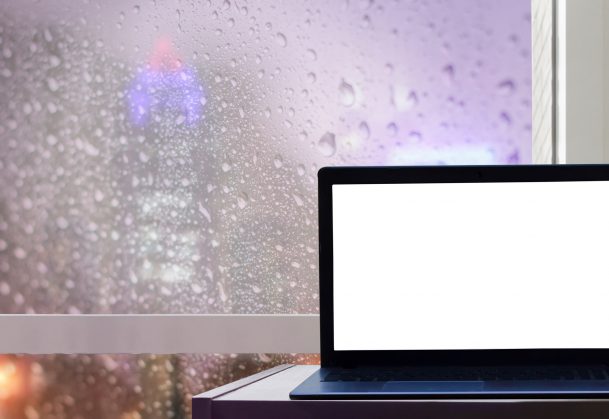 Unless you love London’s fog or Seattle’s drizzle, days that are wet and gray are likely to leave you feeling dampened in spirit and low on energy. But contrary to what you might expect, those ugly days may actually enhance the quality and volume of your work.

A new study indicates that while people expect to feel crankier, sadder, drowsier, and less attentive on gloomy days, they actually tend to be more focused and productive than they are when the sun is shining and the skies are blue.

They began by surveying 198 adults and asking them to predict the impact that weather would have on work output. More than 80% of respondents believed that bad weather would slow productivity—presumably because it puts people in somber moods that impair their executive functioning— while good weather would actually increase it.

But the researchers suspected the conventional wisdom was wrong—that people work better during bad weather because they aren’t distracted by the lure of outdoor fun—and set out to confirm it through a series of experiments.

The scientists first tapped into archival data from a Tokyo-based bank’s home-loan mortgage-processing line.  Using company records covering an 18-month period, they examined the time that workers spent moving nearly 600,000 transactions from the application phase to a loan decision. They then checked meteorological data for that period. They found that a 1-in. increase in rain related to a 1.3% drop in the completion time for a transaction.

That may seem like a miniscule decrease, but the researchers calculated that, when accumulated over time for all of the bank’s 5,000 employees, the small decline in productivity could cost the bank almost $1 million a year.

Lee, Gino, and Staats next recruited 329 US residents to participate in an online study in March, when weather conditions vary significantly across the country. They gave each person a three-paragraph essay that included 26 spelling errors. The participants were told to find and correct as many errors as they could. They also filled out a questionnaire disclosing their current emotional state, information about that day’s weather, and their zip code.

The researchers calculated the time it took for each participant to complete the spelling-correction task and compared that to both their subjective perceptions of weather conditions and to the weather reports in their zip codes.  Results showed that heavier rain was associated with increased speed and accuracy on the task, regardless of the emotions the participants reporting feeling.

Across two additional studies, Lee, Gino, and Staats confirmed that exposure to good weather not only made outdoor activities more attractive to participants, but also led to decreased concentration on an assigned task.

The researchers say future research on weather and productivity should be performed across different work contexts, such as jobs that are typically performed outdoors or in offices without windows. They also advised that further experiments focus on a wider array of tasks, noting that mood-lifting weather conditions could actually improve one’s performance on jobs that require creativity and strong interpersonal skills. And they say additional studies should account for individual differences in response to weather conditions.

Reporting on their findings in the Journal of Applied Psychology, the researchers conclude that the findings “shed light on how seemingly irrelevant, incontrollable factors may influence workers’ productivity and also learning over time.”  And while managers can’t control the weather, they can consider the weather forecast when deciding on the types of tasks they assign on a given day.