News > Minds at Work > Is Success in Our Genes? 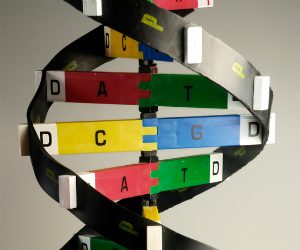 Many factors influence the course of a person’s career, from a strong personal motivation to succeed to a leg up because of a family connection. One factor that psychological scientists are increasingly exploring is the extent to which our professional success is shaped by our genes.

In a recent study, published in Psychological Science, a team of researchers led by Daniel W. Belsky of Duke University School of Medicine investigated the link between genetics and upward social mobility.

“Getting a good education requires many of the same skills and abilities needed to get ahead in life more generally, so we hypothesized that the same genetics that predicted success in schooling would predict success in life,” says Belsky.

Belsky and colleagues used data from the Dunedin study, an ongoing longitudinal study that has followed 1,000 individuals in New Zealand starting from birth. Over the four decades of the study, participants have regularly completed assessments of various psychological, behavioral, and life outcomes.

Individuals with higher polygenic scores were more likely to leave home for professional opportunities, they had more prestigious jobs, made more money, and were better at managing their finances. Participants’ genetic profile even predicted the level of education and earnings of their spouses. Together, all of these factors show that children with higher polygenic scores tended to become more economically successful—even if they had grown up in families that were relatively poor.

Intelligence was one factor that partially accounted for the relationship between genes and professional attainment, but other characteristics—such as self-control and interpersonal skills—were also important.

Another recent study, led by Wei Chi of Tsinghua University, investigated how genes influence traits like self-control and motivation that impact a person’s career success. The DRD4 gene is involved in regulating dopamine receptors, and variations in the expression of DRD4 are associated with differences in people’s motivation, their responses to rewards, and their ability to engage in self-regulation. Specifically, the DRD4-7R variation of the gene has been tied to attentional difficulties, including a higher incidence of attention deficit hyperactivity disorder (ADHD). However, DRD4-7R has also been linked to positive traits, such as a predilection for exploration and leadership qualities.

Chi and colleagues suspected that variations in this gene could interact with environmental factors to influence the trajectory of an individual’s career — such as whether a person was changing jobs because they were moving up the ladder voluntarily or whether they were having difficulty keeping a steady job.

Chi and colleagues used data from a nationally representative American study, the National Longitudinal Study of Adolescent Health (Add Health) project. The Add Health project includes data from 15,000 American adolescents collected from ages 13-18 through 24-32. Over the course of the study, participants provided information on their educational achievement, job change frequency, and a saliva sample for genetic analysis.

The results showed that environment interacted with genetics to influence the course of a person’s career—both positively and negatively.

When raised in high SES households in low-poverty neighborhoods, people tended to change jobs voluntarily, but this relationship was even stronger among individuals with DRD4-7R alleles. In contrast, growing up in a relatively high-poverty neighborhood was associated with obtaining less education, and a higher frequency of involuntary job changes (i.e., layoffs and getting fired). Again, this negative career outcome was more pronounced among individuals with the DRD4-7R variation compared to other participants.

“Our findings stress the importance of providing a supportive environment to children and adolescents, which will have a positive influence not only on immediate education outcomes but also on individuals’ long-term careers later in life,” Chi and colleagues conclude. “Social and education polices that target individuals reared in poor family or neighborhood conditions would have a benefit beyond immediate educational outcomes, as they would also have a lifelong benefit on one’s career.”

Together, both of these genetic studies point to the role that genes may play in shaping our lives and careers. However, both research teams pointed out that although genes play some role, the association between genetics and life outcomes is quite small and an unreliable predictor of someone’s ultimate ability to succeed.

News > Minds at Work > Is Success in Our Genes?