Replacing an employee isn’t just expensive. When an employee leaves, organizations often have to plan for dips in productivity and loss of institutional knowledge, not to mention having to dedicate time and effort to hire 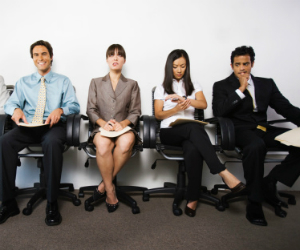 and train a new employee.

Given all of these costs, many organizations are interested in identifying strategies that will help them retain their employees. New research shows that information included in most resumes could serve as a cheap and effective predictor for how long someone is likely to stay in a new job, suggesting that retention might be boosted early on in the initial screening process.

Psychological scientist James A. Breaugh of the University of Missouri in St. Louis compared job turnover rates for 414 customer service agents who had recently been hired at a large call center to job application information.

To predict who would quit and who would stay, three biographical work history items (also called biodata) were tracked: employee referrals, reapplications, and current employment status. These particular biodata items were thought to be strong indicators that an applicant was genuinely interested in working for a specific company, and thus likely to stay in the job longer.

Employee referrals are already a popular way of recruiting new hires because job applicants who are referred by current employees are likely to have been “prescreened” as a good match by the referrer.

When someone reapplies for a job at a company it shows that they are very motivated to work for that specific company. Similarly, someone who is already employed can likely afford to be choosier in picking which jobs they apply for.

Breaugh found that all three of the biodata items were associated with significantly higher job retention.

The applicants who were least likely to quit were those who had reapplied for jobs at the call center. After 240 days, about 19% of the re-appliers had quit compared to 51% of the first-time applicants.

“Applicant self-reports are prone to impression management and therefore may not be the best way to tap desire for a job,” Breaugh writes in the International Journal of Selection and Assessment. “Reapplying for a job, despite not landing a position with the employer when applying previously, suggests the person is likely to remain with the organization if hired.”

Results from the study suggest that organizations could reap substantial cost benefits by using personal history information when making hiring decisions. More evidence is still needed to improve measures and replicate results, but even minor enhancements in turnover rate could drastically improve efficiency and cut hiring costs for employers.

News > Minds at Work > In Hiring, Resume Info Could Help Employers Predict Who Will Quit